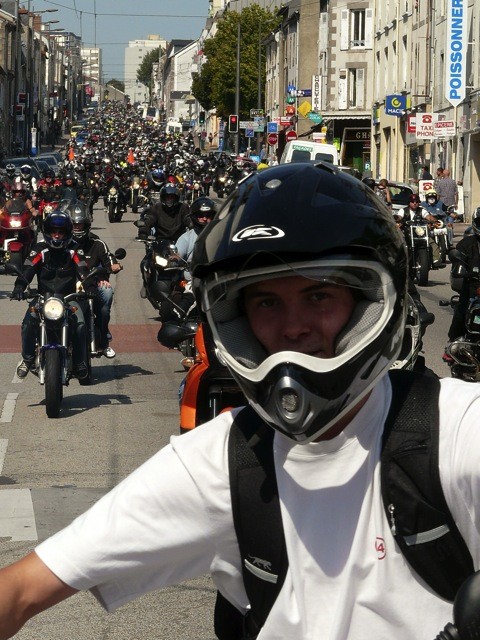 Despite my advancing years I like to think I’m still the same hooligan on two wheels that I used to be – give me a quick bike and I’ll wring its neck and squeeze its nuts to see what it will do. Probably not very skilfully but it would still get a good hammering.

Which is why there are no quick bikes in my garage nowadays and haven’t been since I moved to France. I live out in the country, miles from anything you could even remotely call civilisation, so the loss of my licence would prove catastrophic. That doesn’t mean to say that I just doddle along but I don’t do speeds that would result in a jail sentence (well, not very often). I do miss that adrenaline kick but giving it up was the price I paid for living where I do.

I have no problems with anyone else doing whatever speed they want but, as they say, there is a time and place for everything. Last weekend I attended one of these enormous demonstrations against the crazy new laws currently being proposed for Europe. I took a bike that was totally legal right down to the pipes and number plate, correctly surmising that given the large number of bikes blocking the city there would be a heavy police presence. I was the first bike to arrive at the appointed meeting area, so I was in a good position to observe the next thousand arrivals. The police are actually really good on these demos, stopping traffic and allowing us to go through red lights, use the wrong side of the road, and other naughties. There must have been at least ten gendarmes at the entrance to the car park, casually observing every bike coming in. 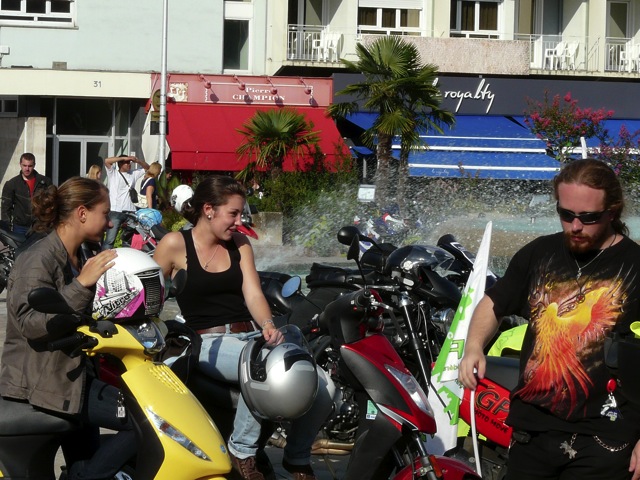 Now, the purpose of these demos is so that we, and future generations, will be able to modify our bikes in any way we want, so I feel its important not to present too much of an anti social impression to the public and monitoring authorities. Which is why I think it’s a bad idea to arrive bouncing the revs off the limiter on your sports bike with mega loud cans – which is what a lot of people did. On the slow cruise through the city I saw members of the public covering their ears and shaking their heads as scores of mega loud bikes were revved to the limit in the confines of some narrow streets. We need the support of the public, not to alienate them.

I’m a bit out of touch with the sports bike world, so for reasons of research I borrowed a pile of magazines from a friend, with titles such as Fast Bikes and Performance Bikes. It was a mind numbing experience in the main, with endless comparisons between the latest sports bikes and other hooligan tools. Traction control, ABS, switchable riding modes and a host of other technologies way beyond my comprehension. The top speeds have increased dramatically since my last sports bike, along with much lighter bikes and incredible levels of handling. Standards have progressed way beyond what is useable on the road – you need to be on a track to get anywhere near to exploring the limits of these race track refugees. 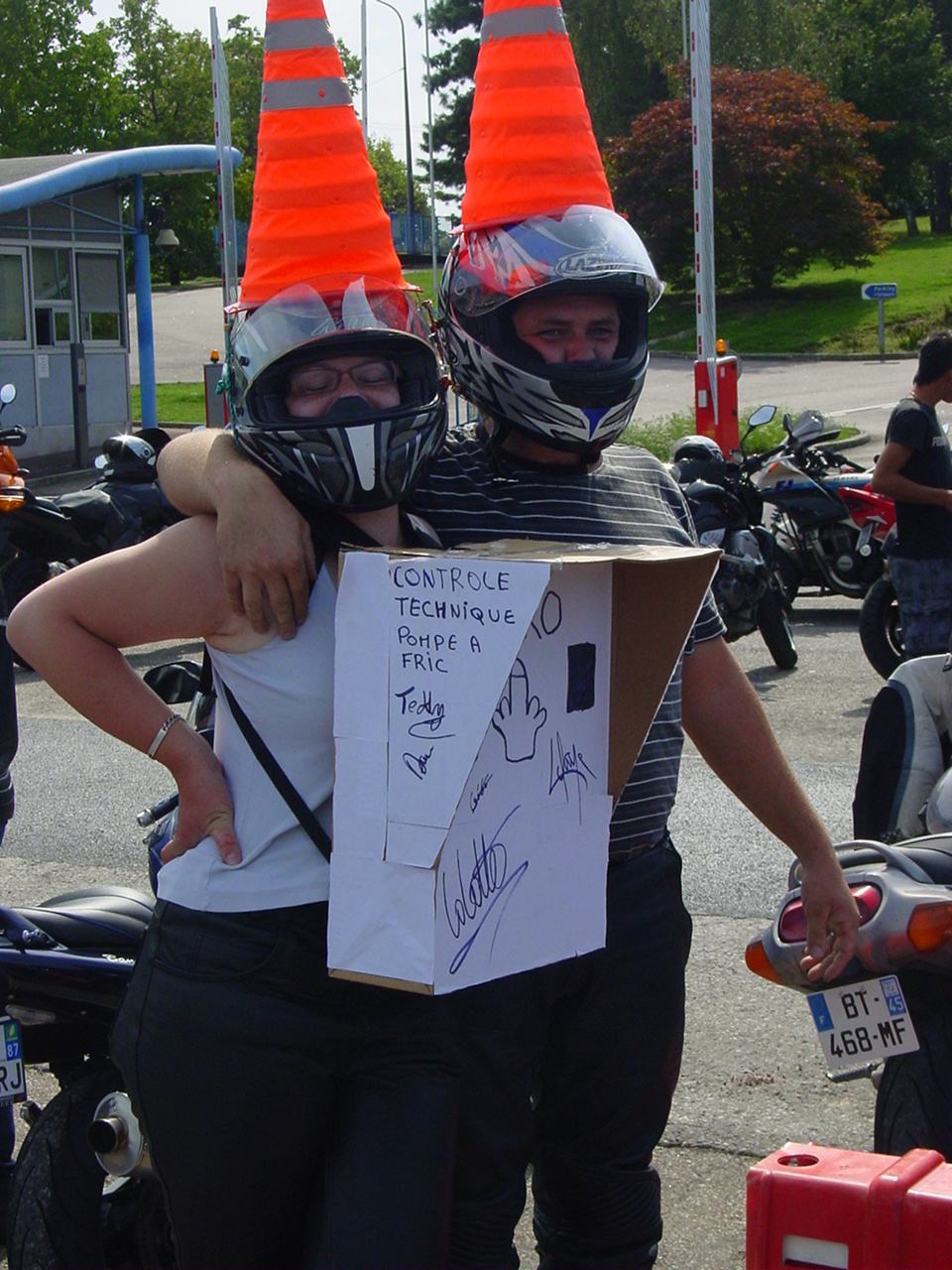 What really got me thinking was the road tests, which is just what they are – tests of these two wheeled missiles on public roads. They contain detailed descriptions of the top speeds attained, the big high speed wheelies, the near misses when pushing the bikes way beyond reasonable limitations for a public road and even boasting of the damage done to cars when squeezing through traffic. They make it sound like everyone who buys these bikes will want to behave in the same way.

Like I said, I have no issue with people riding their bikes the way they want but I do have an issue with them putting it all down in writing for everyone to read. Why? Because you can bet your ass that somewhere in every government someone in a grey suit will be tasked with monitoring all publications and they can use these road tests as evidence to support the movement to get bikes off the road, or at least make our lives difficult. Think of the reaction of the average member of public driving his euro approved tin box, which has never seen 100 mph, if the government were to highlight that bikes are doing three times the speed limit, three figure wheelies, and treating the road as their own private race tracks. Jealousy -possibly? Outrage – much more likely and with every newly reported biker death, confirmation that these lethal weapons shouldn’t be allowed on the road. They will not consider the fact that it’s likely to be a dozy car driver who has caused the death of the biker in the first place! 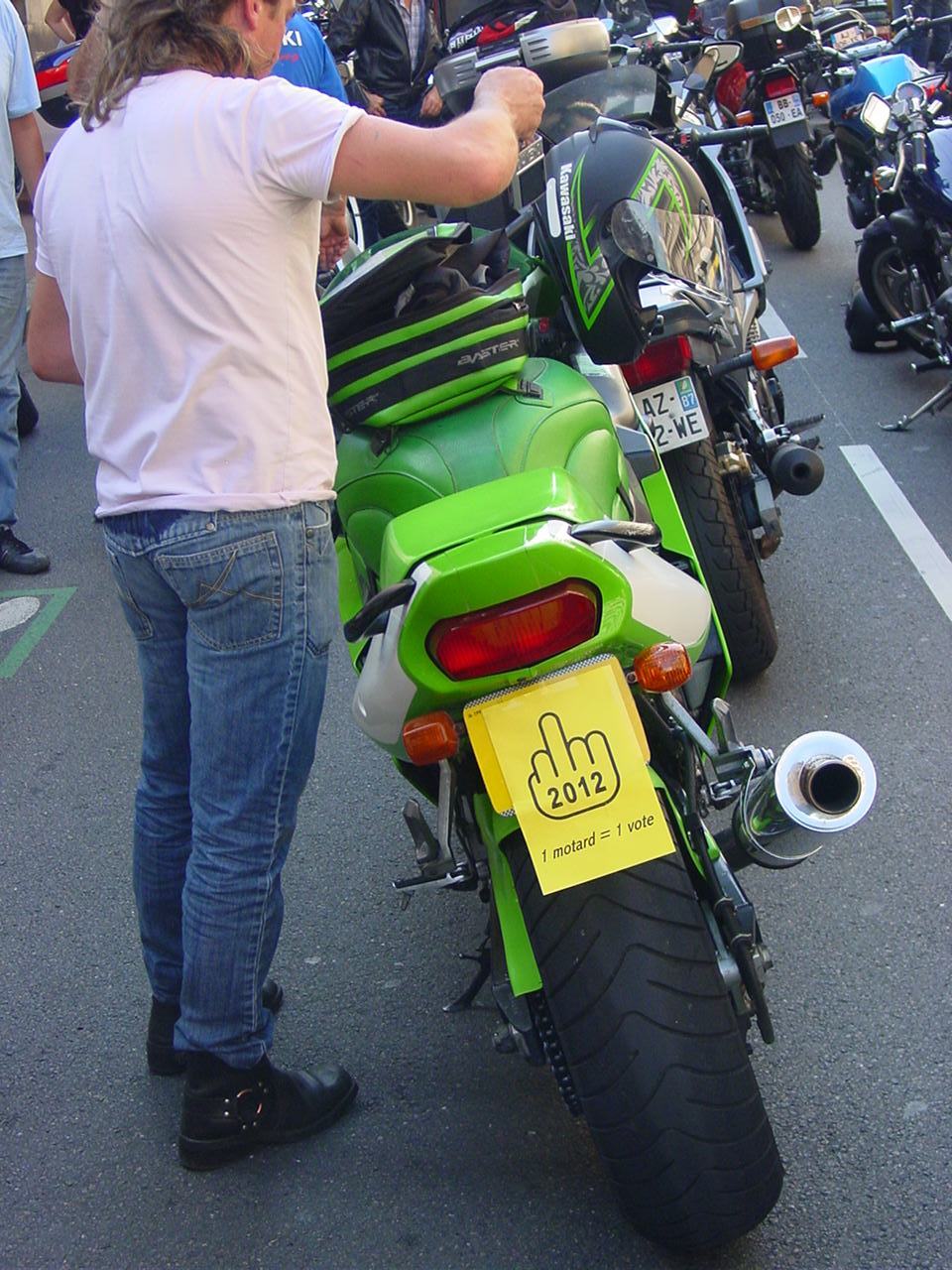 So what I’m saying is that we need to lower our profile a bit. At the moment we are not just sticking our heads over the parapet to be sniped at, we are jumping about with targets on our backs in full view of the big guns of officialdom. OK, it would mean that sports bike magazines would need to rethink how they report their road tests, but that’s achievable with a bit of thought. The alternative is unthinkable – remember it’s not that long ago that mainland Europe had a 100bhp limit (which France has retained – try importing your UK Blade or similar!), and that BMW, who produce the current leading sports bike, up until relatively recently enforced a voluntary 100bhp limit.

As a final thought, I’m no lawyer, but as a journalist I would not want to boast in a national magazine details of the highly illegal speeds attained on a regular basis, with photographic evidence of wheelies and knee down roundabout action. You would not publish an article boasting of a mugging, or a burglary, and expect to get away with it, so how long will it be before plod use a magazine article to push for the very public prosecution of a journalist? Sorry to spoil your fun guys but if you don’t start thinking differently you are going to bring about the demise of biking for the rest of us. It’s happened before, when in 1965 AC boasted about high speed testing of the Cobra on the motorway, prompting the introduction of the UK’s ‘temporary’ 70 mph limit.

3 thoughts on “ARE WE OUR OWN WORST ENEMIES?”