There’s a big difference between contributing to a publication and editing it; between adding a voice to the choir, and conducting it. Maybe I hadn’t thought it through during the millisecond between DG phoning me up a couple of weeks ago and going “wanna edit the Digest?”, and me saying “yeah, sure!” 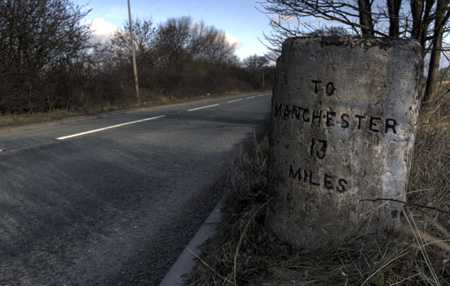 Then, after a top-secret summit last week in Digest Towers HQ (fuelled by – what else? – curry and beer and late-night screenings of gangster films), a plan was hatched, a contract was signed in blood (not really), protracted negotiations over salary packages took place (er, no), and the keys to the castle and indeed the castle itself were handed over and I brought them 200 miles north, out of London, to a place where the weather is different and so are the accents.

So here’s how it‘ll pan out: in the manner of Michael Corleone moving the family business to Nevada, DG will enjoy a Vito-style advisory role while in the short term, I’m going to restart the website, bring back all the regulars, and open up this disparate and anarchic bike-lit collective to anyone who wants to join it (although the high standards you’ve come to expect from us will always be maintained); and in the longer term, I’ll work on ways to bring the Digest back to the shelf-occupying physical manifestation that it deserves to be, and to once again be the thorn in the side of the mainstream!

I’m into evolution as well as change, but that reputation for keeping it real that the Digest has built up over so many years will be preserved, because to paraphrase another favourite film of mine, “motorcycles may be a religion full of magic, cosmic truth and the fundamental ontological riddles of our time, but they’re also a form of transport”.

3 thoughts on “From the (New) Editor”