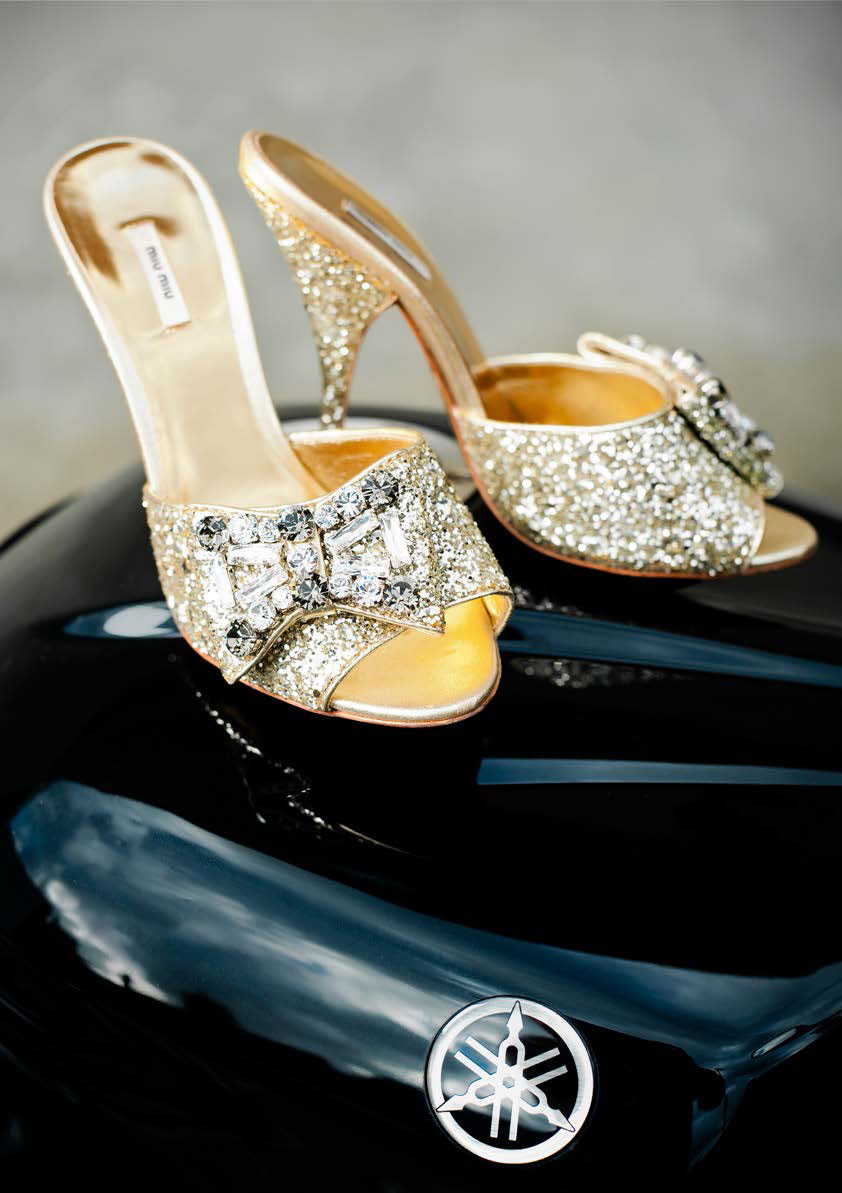 Still not on the R6 yet, as it’s languishing in the shed on a trickle charger just waiting to be called back in to action, so daily commuting is still restricted to the little stink-wheel.

About 6 weeks ago, I noticed that the bike had been left standing with the choke left on and rightly or wrongly, I asked Hornet Boy to change the plug for me. Since the time I broke down with a fouled plug, and knowing how rich the bike runs, I’m now paranoid that the same thing is going to happen again.

So with the plug duly replaced, I’ve been on my merry way back and forth, still wobbling around like a learner and just generally not feeling too happy on the bike.

I guess all the signs were there (it’s amazing what a PhD in Hindsight can do for you); vast clouds of blue smoke – constantly, lack of compression, lack of oomph, constant smell of petrol (nothing new there, mind) and leaking from the top of the gasket. All well and good after the event!

So this evening, I start the bike, stand well back, cough and splutter whilst it ticks over with the choke on, and basically fills the whole car park with smoke, then on I get (turn the choke off) and off I wobble.

Managed to wobble out of the complex and to the roundabout at the end of the road before the bike dies on me.

I faff around trying to get it to the side of the road and on to the pavement where after a few tries of starting it, it’s clear… it’s going nowhere.

As I’m pushing it back to work, one of my junior colleagues drives past and offers to help. Not really sucking up to the boss, but certainly goes a long way towards his improved career path. Funnily enough, he got a bit freaked out when it came to wheeling it back down the ramp to the underground car park but as I pointed out, if I can do it (8 stone soaking wet with full kit on) then so can he.

The next day, having told everyone in my vicinity about the sodding bike breaking down (HB was not impressed having to come and pick me up from work and I got a bit of earache about how I was going to get it home!), one of my maintenance guys offered to take a look at it.

“Really sounds like your plug’s gone – I can take it out and have a look if you want?”

Now that would be great. Thanks.

Yup – one very black and greasy plug, also the gap seemed to be a little bit on the big size as well. Ian cleaned the plug up best he could and popped it back in the bike for me.

“Did you notice that it was blowing out more smoke than normal?”

“Did you notice it was leaking out the top of the gasket?”

“Smelled of petrol all the time?”

Well, is usually does cos my nose is above the tank, but yes, more so than usual.

“Not a lot of oomph, a bit sluggish and possibly a smoother feeling?”

Now you mention it…

“Yeah… when I took the plug out it wasn’t in very tight. I think that was the problem. Might get you home though now but it will need changing.”

Bloody marvellous! Thank you soooooo much. I was not looking forward to having to get it recovered.

So, full of confidence that there wasn’t actually anything wrong with the bike and keen to get home and prove to HB that the bike was OK and that it was not time for it to be binned, I
wobbled off.

Chugging round the Kingston one-way system, lovely sweeping corner under the bridge (well, it would be if the bike/me could corner again) I slow up for the set of lights before the station.

And I stop. Dead. Will not start.

I’m about a mile from home, so surprisingly cheerfully for me, I set off up the back roads pushing.

About 20 minutes later, the terrain definitely takes an uphill trend and I give up. It’s no good. A phone call to HB and he answers the call in a resigned voice, “Where have you broken down?”

How did you guess?

Ten minutes later, my rescue call is answered as HB turns up, shaking his head at me.

“Are you going to get rid of it now?”

You know what… might not be a bad idea…