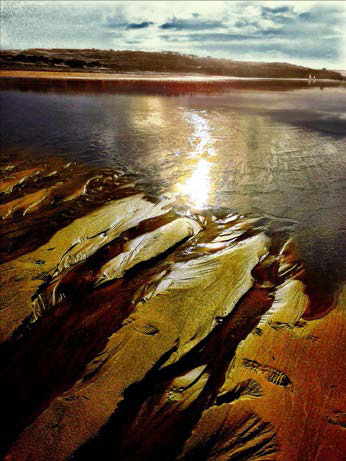 It’s been a funny old winter.
I started out determined to ride right through as I have done in previous years. Anything aside from snow will see me out on the road, though sometimes only necessity will drag me out of the warm.

The gods of two wheels, however, had other ideas for me this year. First of all, at the end of December, I blew the head gasket on my Honda CBF600 while riding up the M5 and ended up stuck in Portishead for five hours waiting for the AA. All I can say is that I think I know why the band of the same name got good enough to get away.

So, then, my mechanic receives the bike, but says it won’t be ready until the end of January, what with Christmas, his usual down time etc. This doesn’t seem too bad, so in to the shop she goes. At the end of January said mechanic informs me that he hasn’t had time to do the bike and that he is now on holiday for a few weeks, in Tasmania… OK, then it’s the end of February and I am getting fidgety. I need to get out for a ride. I keep seeing bikers out and about and each one elicits a yearning sigh. The weather conspires to heighten all this by becoming unseasonably warm. Kernow has also skipped the snow, which blankets the rest of the country. The situation is that my bike is 300 miles away ‘up country’ and I must brave the prevailing elements east of Exeter to go and fetch it.

This I manage to arrange and there follows a joyful, if freezing cold and icy, ride back home. The next morning the sun comes out in Kernow, my bike sits outside glinting in the sun and the beach is calling me. So, with an unshiftable soppy grin plastered across my be-helmeted mug, I fire up the, by now somewhat grubby, black Honda and head for nearby Godrevy beach, probably my favourite in all of Cornwall. I have my camera bag bunjied to the rack and lots of layers of clothing in expectation of a bit of a breeze coming in off the sea. I reached Godrevy in under ten minutes, parked up and then spent a couple of hours strolling on the beach, clambering over the rocks takings lots and lots of photos. 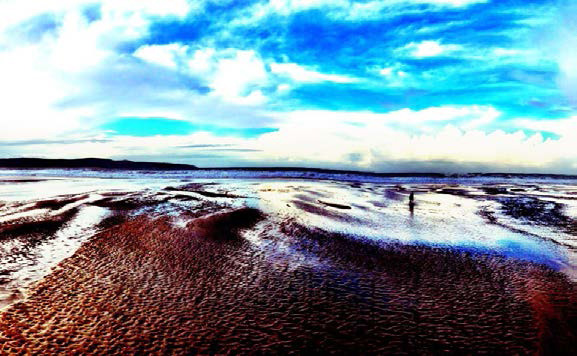 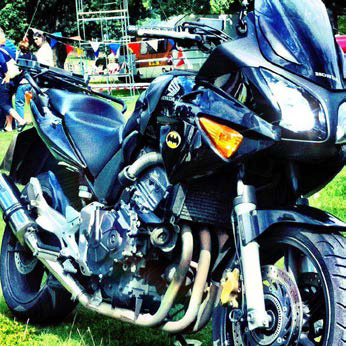 I returned to the bike ready for a gentle potter around the lanes towards home. The sky was beginning to fill with clouds and I’d felt a spot or two of rain. I get to the bike, but cannot find my key anywhere! I frantically check and recheck every pocket, turn out my camera bag, then check everything again. I definitely don’t have the key,
I must have dropped it along the beach somewhere. So, I take another, slightly less euphoric, stroll up the beach and over the rocks to see if I can see it anywhere. The thing about the key is that the black plastic head had a snapped loop so it wouldn’t stay on a keyring. All up the beach, every small dark pebble sitting in enough water to reflect a shaft of silver sunlight up to me looks exactly like a key; again and again a moment of relief quickly followed by disappointment, rinse and repeat until I’m ready to scream and the gulls wheeling overhead are laughing heartily.

There followed a frustrating couple of weeks during which I tried to extract the ignition barrel to see whether there was a key number on the side, failed, went with hot wiring the bike pro tem, ran out of petrol with a locked tank, rolled it downhill a mile and a half to get home (anybody who saw me must have thought I was on one of those new fangled electronic jobbies as I whizzed silently past) and eventually found a locksmith who could make a new key from the barrel of the pillion seat lock, which was the only one I managed to separate from the bike, for 20 quid.

A week later I finally had a new key in one hand, 5 litres of unleaded in the other, and an unlocked filler cap on the bike. 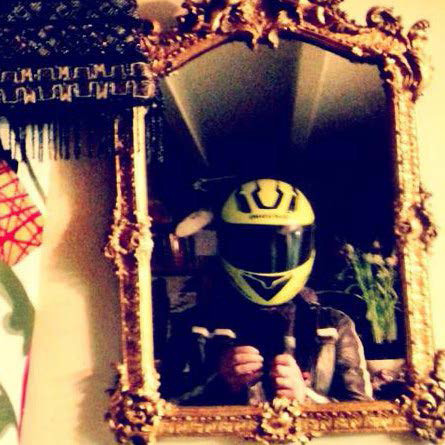 Thus ended several months of frustration, grief, disappointment, self-blame, and thinly stretched patience, during which, never once did I wonder whether it was worth it. And this last Saturday it was brought home to me just how worth it it is. The sun came out for the first time in a while, and I simply had to ride the 30 odd miles from Camborne to St Just and then back along some of the best biking roads in the country. Less than a mile out of Camborne you’re on the A30 with its long sweeping bends and swooping hills. It’s a good idea, especially in the high summer, to stick to the speed limit because every other layby seems to be occupied by the van with the blacked out windows and the boys in blue within. The police apparently rely on the summer tourist traffic for a big chunk of their income, just like pretty much everyone else down here. So the A30, mostly at the speed limit, takes me a few miles down to Hayle and the services at Connor Down where, in the McDonalds of a Tuesday night, the local biking enthusiasts are said to gather. It does rather make me wonder though why, when surrounded by such a beautiful and dramatic landscape and so many possibilities for a scenic rendezvous, they chose a McDonalds drive-thru next to a Shell station and a retail park as a meeting place. Each to his own I suppose. 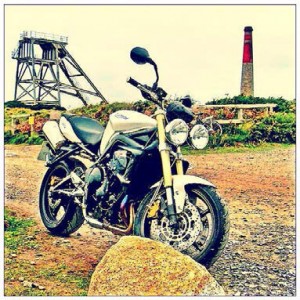 After dipping down to Hayle the road rises up again and, single carriageway now, winds through the various small towns and villages that line the road to Penzance. I skirted Penzance itself by staying on the A30, before turning off at the A3071 and this is where the riding gets to be really fun. The road twists and plunges through the archaic landscape. Every few hundred yards you see the remains of Cornwall’s industrial past in the shape of crumbling chimneys and ruined arsenic works. Further back from the road, were one to stop and explore, prehistoric stone circles and other sacred sites bear testimony to a heritage that is even more ancient. There is a definite sense of there being something unimaginably old, something neither benign nor malignant, but certainly something very much alive, laying over the landscape. 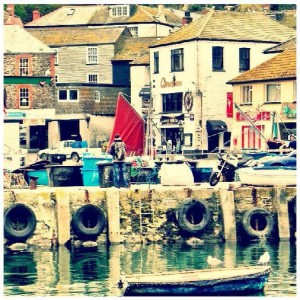 The microclimate in the area along the road some five or six miles west out of Penzance very often makes for rather foggy conditions which lends weight to the brooding feeling of presence. Today, however, everything is drenched in warm sunshine and mirages of standing water glint above the road surface, shimmering heralds of the coming season. In the height of summer one is glad of a bike just to be able to filter past the stationary traffic lines of incoming or outgoing visitors, but this early in the season, the road is almost deserted, aside from a handful of other vehicles including a few other bikes. I flick my head to the side in greeting to each and get that old familiar lifting of the spirit when they reply in kind. 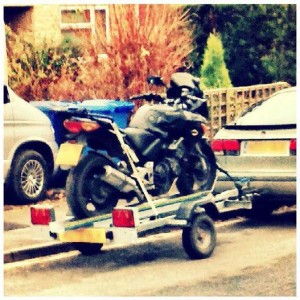 Later, riding back towards Penzance, I came upon the sudden dramatic vista one has of the bay and St Michael’s mount all in a haze of breaking surf. I was thinking through the structure of a biking haiku (a biku?) that would say something about that moment and spent the remainder of the ride turning it over in my mind. This is what I came up with.

Winding down the hill,
The crackle of unburnt fuel.
Gear down for the bend.