We are very proud to announce the arrival of our all new web site The Rider’s Digest Live! 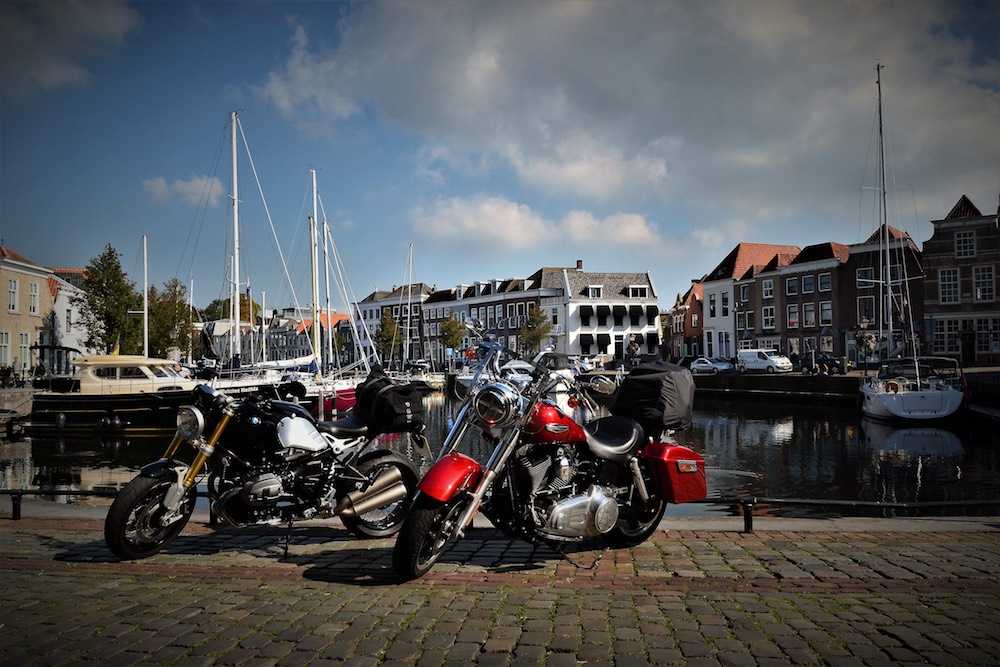 We’re aware that there are many regulars who eagerly await a new issue of The Rider’s Digest in PDF form and we have turned out thirty of them since we first went online in March 2012. However, unfortunately the amount of  time, effort and money that has gone into producing them has never been reflected in the readership, not least because the PDFs aren’t particularly social media friendly.

In the latest “From the Editor” (see below – it is also featured on the new site), Dave explains the thinking behind the new site and he would welcome any feedback that any of you might like to offer on the direction we have taken.

As of next month, I will have been involved with The Rider’s Digest for seventeen of its very nearly twenty years. My first contribution “International Rescue” appeared in issue 30 in February 2000 (and later as the first chapter of The Carin’ Sharin’ Chronicles).

“At the heart of the legacy I inherited, lies a reputation for publishing well written pieces by people who share an intense passion for motorcycles. Articles that encapsulate how it feels to break down in the pissing rain on the B.1160 somewhere a couple of miles short of Wereham in the middle of the night; the sensation of coming to a halt after a spirited ride on an entertaining road, literally dripping with adrenaline; the multifarious emotions experienced at the end of an epic journey; and any of the multitude of other situations that make motorcycling such a unique combination of transport and a way of life for so many people.

My ambitions for the magazine are confined to producing more pages of that kind of editorial (both words and pictures) and introducing the sort of writing that we’re justifiably proud of to a wider audience.”

I went on to produce forty issues of The Rider’s Digest between 101 and the summer of 2009; the first one had 36 pages – including adverts – whereas my last one had 132! The printed magazine went bust in 2011, but due to popular demand I resurrected it online the following February.

At that time I wrote:

“OK folks, it’s nearly five o’clock on Tuesday afternoon; the editorial part of the magazine is all in so I have spent the whole of today phoning around attempting to give away all the pages that currently have “Your advertising here” written across white spaces. Whether or not it would have been possible to sell them if I’d applied myself to the task a little sooner is pretty much a moot point because I have spent the last couple of months trying to ensure that the first online edition of The Rider’s Digest is every bit as good as the last printed issue I was responsible for.

Unfortunately chasing advertising isn’t the only business end of the magazine that I had been neglecting while I focused on producing an issue that would meet the high bar that I had set for it. I had rather been hoping that the magazine would have a couple of sponsors to help us get it off the ground but I hadn’t even confirmed those arrangements because I was waiting until I could show them what a wonderful magazine they’d be getting for their money…

I realise any sensible financial types reading this will be quick to point out that there is no room for wishy washy words like ‘hope’ and ‘luck’ in business plans and I’m sure they’re right (that’ll be why I have never had any desire to be involved in business).

And they are of course absolutely right. So although it was a bit of a bummer when I finally spoke to my would be sponsors this afternoon and got one “Thanks, but no thanks” and a “Give us a bit more time to look at it” from the other, as I’m sure all the tut-tutting commercial brained readers will agree, I have nobody but myself to blame.

So here I am rewriting my editorial at the last minute so that I can get it off to the designer with enough time for him to bang it into shape before tomorrow’s launch at the Ace Cafe. For the moment at least The Rider’s Digest is just floating in space without any apparent means of support, existing by the sheer force of its own will and held together by all the fantastic content that we have spent weeks getting together when we should have been concentrating on ensuring that the magazine had sound financial foundations.

What can I tell you? I have never claimed to be any good at business but I do like to think that I know a thing or two about putting together an interesting and entertaining motorcycle magazine. So even if this turns out to be our first and last online edition, we owe it to all the contributors who so generously gave us their words and photos, and all the old Digest readers who were so excited at the prospect of being able to read their favourite bike mag again, to put it out there anyway.”

That was five years ago and I’m afraid that I never did manage to sort my business head out or get its financial shit together, so the fact that The Rider’s Digest exists at all is overwhelmingly down to the support, both financial and emotional, provided by my lovely and ever so indulgent wife, which combined with the steady stream of genuinely interesting contributions that continue to fill my intray, combined with the warm (albeit comparatively small) response each new issue elicits, I’ve been reluctant reluctant to give up on it.

I’ve been contacted any number of times since we first went online by quite a variety of web gurus, dynamic businessmen and would be guardian angels, but for one reason or another none of them have actually come on board and turned the magazine into the ‘decent living’ that they believed its “extensive archive of top quality original content” merited (one of the digital whizzes remarked that he couldn’t understand the discrepancy between the “outstanding quality” of the material, compared with the piss-poor volume of traffic reading it).

I like to think that it might be my determination not to fall into the trap that commercial publications find themselves in – whereby their honesty and credibility are constantly undermined by the need to produce advertiser friendly copy – that puts otherwise motorcycle loving people with sound business heads off of working with me, but it could equally be that I come across like an opinionated old hippie and they quickly realise that businesswise I’m a basket case.

Whatever the reason might be, the reality is that TRD continues to be one of the best kept secrets on the Internet. In spite of publishing loads of interesting, relevant articles, the awful truth remains that there’s click bait, items of fake news and even kitty videos that have hundreds of thousands, if not millions more views than our most popular features!

The PDF issues have cost me considerably more to produce than they ever generated and the more I’ve thought about this whole Internet popularity contest, the more I’ve realised that its size and format have probably conspired against its wider recognition. So I decided that by sharing articles, reviews and features individually, there might be a better chance that they’ll be shared a bit more widely (N.B. please be sure to share anything you read and enjoy).

So there will be no issue 195; instead I will be rolling articles and features out via “The Rider’s Digest Live” at this dot.com address; if you check out the sliding display on the homepage you’ll see the other contributions that would otherwise have filled its pages. You will also notice that the site is far from finished, however the individual posts have been laid out with all of the care and attention to detail that you would expect from TRD and we will continue to improve the site as we go on.

In the meantime everything that we have ever put online will still be available from the original website or via the ‘Archive‘ button on this one and if anyone’s interested in seeing the magazine in all its glory and doesn’t already have them all, the thirty PDF issues can be purchased from the shop at a ludicrously cheap 50p a pop.

As always I welcome your comments.

One thought on “The Rider’s Digest Live”