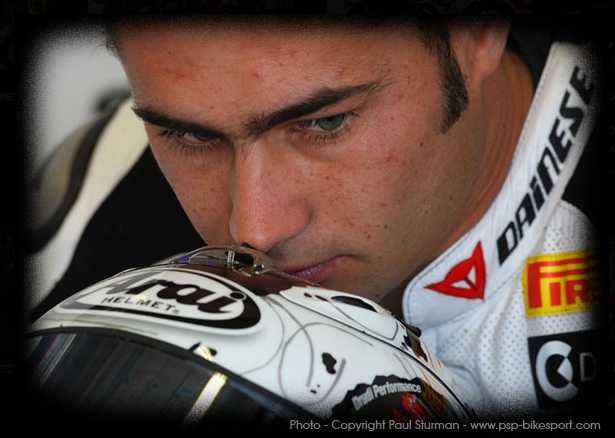 Your entire personality and core essence as an individual is nothing more than a bunch of semi-random electrical impulses firing off inside the big grey wetware in your skull*. It sits there in the dark being really fussy about temperature, and it receives information constantly in the form of more electrical signals from your five (or should that be six?) senses, forming a narrative that is influenced by all your previous experiences by association.

The reason why you like old Triumphs instead of Harleys is because the wetware up there generates a signal that activates your pleasure centre when the light gathered by your eyes forms another signal that tells the wetware that there is something out there that your reference library says is a Triumph. It’s all about association. If the human brain had a source code, it might look like this:

<If “motorcycle” = “Triumph” Then PleasureActivator=1>

<ActivateVoice = “That’s a nice bike that is.”> 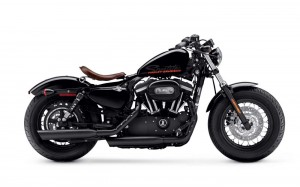 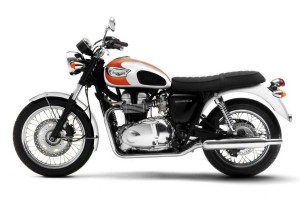 When you’re riding, the code gets more complicated:

<AltAction=shityourself OR jumpoff OR freeze>

We refine that source code by going out there and riding, practicing and learning to ride; constantly improving and getting ever better at building up that database of experience that prevents us from having a runtime error. As for the reboot, that’s down to the “Helpdesk” i.e. the paramedics.

You can do any number of advanced riding courses that all offer to enhance your mechanical technique: gearchanges, lines through corners, steering, body position etc. You can even go and do it on a circuit and have your riding critiqued/humiliated by a racing megastar.

But what if none of that stuff seems to work for you? What if there’s actually nothing wrong with your technique; what if the problem is with the core programming in your head? Trouble is, the brain has no users’ manual. There’s no “Twist of the Wrist” for it. 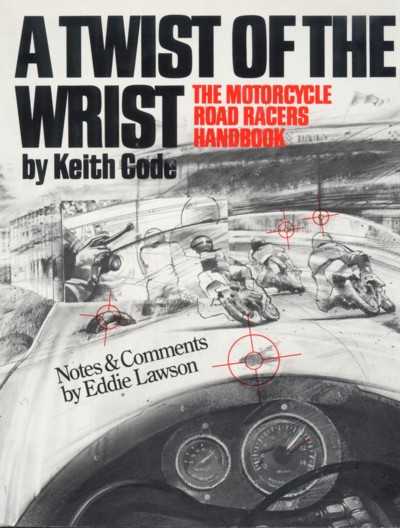 If your source code is faulty, then no amount of miles on the bike will make you better beyond a certain level, because that source code that you’ve had since birth and was supplemented and modified by your parents and your environment, determines everything – your perception of risk and your ability to deal with mistakes among a great many other factors. Racers have another category again in the form of the competitive instinct and dealing with the idea of being beaten.

TRD: How did you find your way into bikes?

Lee: “I’ve been riding for years – I have a 2007 R1 – and I realised that my passion for bikes was equal to my interest in helping people with Neuro-Linguistic Programming (NLP) and I decided to combine the two. It originally started when I was into martial arts: I realised that NLP was a kind of martial arts for the mind and I took it from there really. I began using it on myself at first and rapidly realised how I could use it to help others, so I’ve been working with riders, and racers and teams for about two years now full-time, but overall I’ve been involved with Neuro-Linguistic Programming (NLP) for over a decade. I have two websites: Personal Evolution, which is more about generalised mind-coaching, and In The Fast Zone, which is about the more specific work I do in the racing community.” 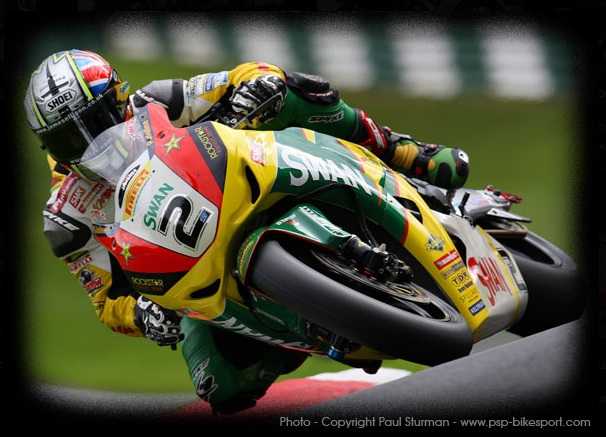 How does NLP work?

“The whole idea with NLP is taking the skillsets of people who are exceptional at something, and breaking down what they do and working out a way to communicate it to others – to make it learnable. Some of the racers I’ve worked with, I’ve made four seconds per lap quicker just by working on their attitude – their mental approach – and nothing else. It’s all about refining it and giving them more clarity by improving their visualisation of a lap. A lot of riders don’t do that at all.

“Racers talk about having “a good rhythm” on track, and that’s what I help them find, really: the connection between mind and bike and track, between visualisation and body feel. You and I both know that if you haven’t got that feel between you and the bike, then it’s game over really – same for any racer.”

Are there many practitioners of this in this country?

“Not in the world of bikes, it’s really my niche at the moment. Motorcyclists are a funny bunch – there’s a lot of ego out there. Nobody thinks they need anything like mind coaching at first, but once you get them over the initial resistance, they’re all over it. Hypnosis can also be useful for altering the mind’s reaction to certain situations.” 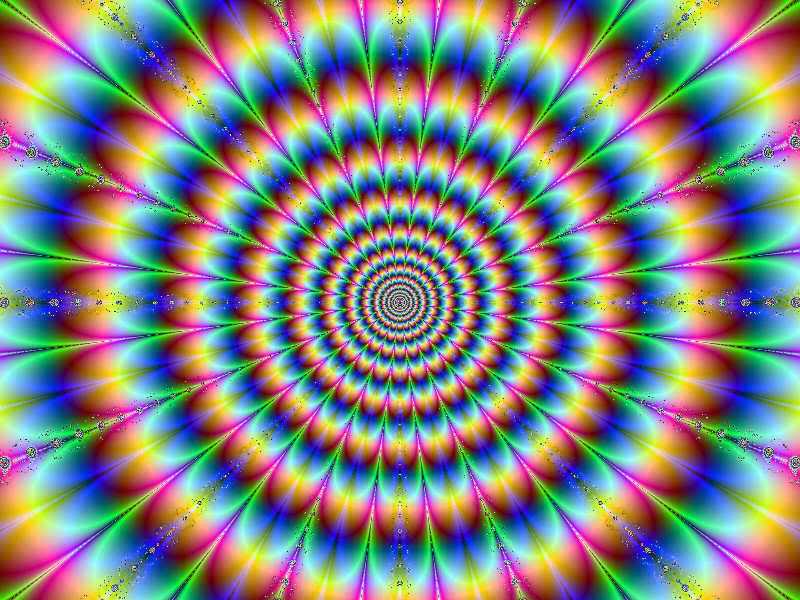 I know what you mean. I’ve had hypnotherapy myself – for reasons completely unrelated to bikes – so I can relate to how it can improve your riding because a side benefit of my sessions was that it improved my riding in certain areas.

“There’s a saying to do with NLP: “the map is not the territory”. It means that two people’s experiences of the same thing will not be the same – if we planned a route on the satnav and went and rode it, we wouldn’t both have the same experience even though we’d followed the same route. Everybody’s mind – everybody’s brain interprets everything subjectively based on previous learned experience.”

If you could make a change to the licence syllabus in this country, or add your own input to it, what would you do?

“I’d introduce some exercises to help people deal with confidence problems on the bike, to get riders to relax and enjoy it, instead of constantly thinking about all the things that can go wrong. A good instructor will always teach somebody to be competent to ride, but confidence is another thing entirely.

“The cause of most riders’ confidence issues is faulty thinking or even over-thinking as a response to the perception of a hazard. You think about something, consciously or unconsciously, and you’ll have a physical reaction to it, like tensing your muscles when you approach whatever you perceive to be the hazard – that’s actually your unconscious mind working there.

“But most road riders that I’ve worked with have come to me as a result of some sort of accident that’s knocked their confidence. More specifically I get a lot of riders who have had an accident, but they don’t know why or what happened.

“A lot of road riders will go to a racing school to improve their technique, which is fair enough, but all that does is teach you how to open and close the throttle. It teaches you mechanical technique, not so much confidence. You need both. Conversely you see many riders who have the confidence but not the technique to match it – it’s inevitable they’re going to crash.

“My favourite phrase is “Progress Over Perfection”. If each day you feel more relaxed and more confident on the bike, then that’s great. If one day you see the weather is so bad that the voice in your head starts telling you to take the car, then take the car. Don’t be ruled by your biker ego: it’s that sort of thing that makes you want to have the latest R1, but that won’t make you any better on the road – won’t automatically make you a better rider. Objects don’t make you happy, because happiness is something you generate from within. You don’t have to have the latest gadget.”

It occurred to me that the entire training syllabus today is designed to make you think too much.

“The key is proper education about responsibility, especially with younger riders – I’ve never agreed with the idea of speed-restricting them in preference to giving them the proper education.

“I help people who do over-think by getting them to plan things. If someone’s default state is thinking a lot, then I’ll give them something to think about. Planning, for instance: “where am I going to stop for fuel” etc. If someone comes to me with a confidence problem after they’ve had a crash, then sometimes it’s just about getting them to remember the good things they’ve done on a bike – to take them towards the things they want to do again, because at the end of the day this is one of the most pleasurable things you can do, legally anyway, and that’s why I do it. Remember that even Valentino Rossi said, “the passion to have fun is the most important thing”.”

Where do you see yourself in five years’ time?

“I’m looking to start some workshops for groups of up to ten, where people can take snippets of what I do and go away and practice them. I’m getting enough business now that I’d have to be in two or three places at once if I was doing individual coaching at a race meeting so the group workshop thing is definitely the way forward.

“At the end of the day the message is that it’s not about how quick you are, it’s about how much fun you’re having. Do you want to ride again tomorrow or not? Do you want to have fun or not? There’s always another day…”

There you go. It really is all in your head.

In The Fast Zone: www.in-the-fast-zone.com 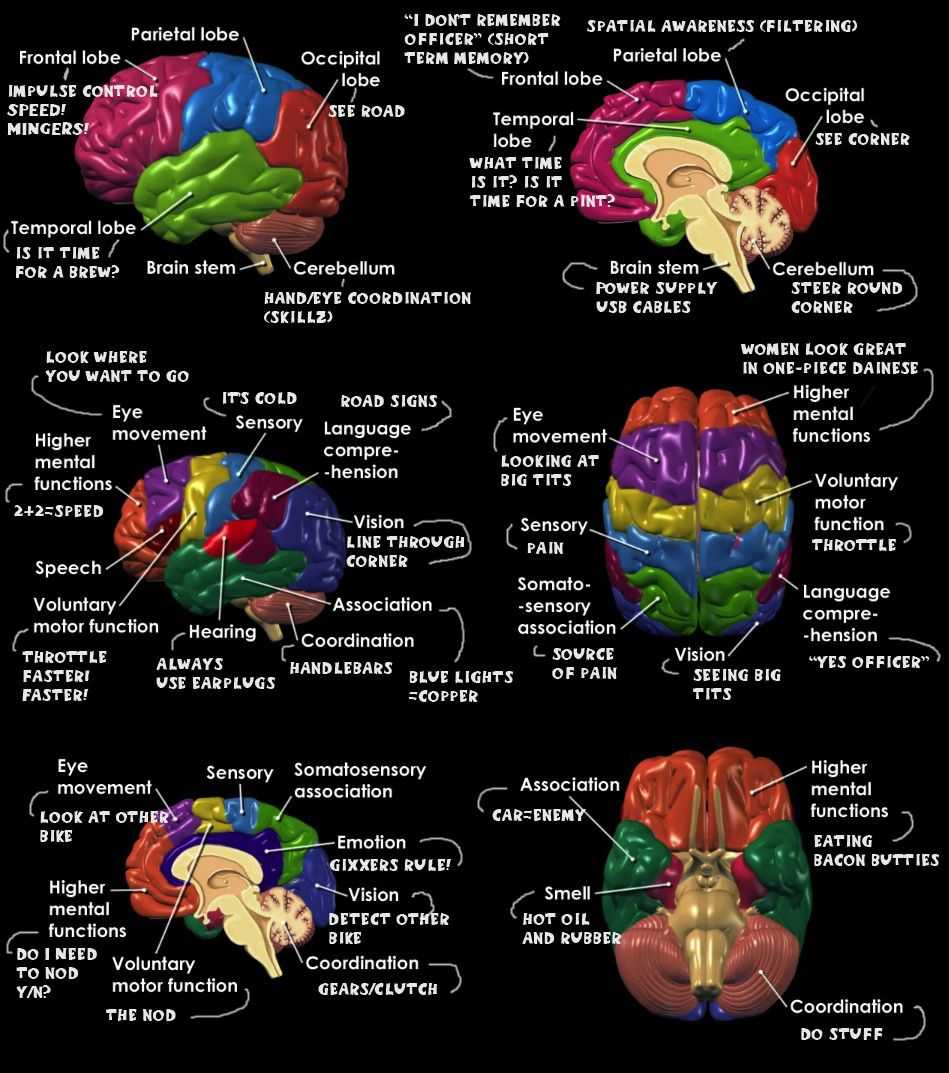 *Your brain’s hardware is based on a massively-parallel architecture that facilitates an unbelievably powerful autonomous multi-tasking capability, while running at a “clock speed” of approximately 100 Hz, which is actually really slow (the PC you’re reading this on is probably clocking 3GHz, or 30 million times faster). It takes as much as 100 ms – or 10 processing steps – for the brain to do complex visual perception, like understanding the significance of blue flashing lights. See? It just took you 100 ms to work that out…