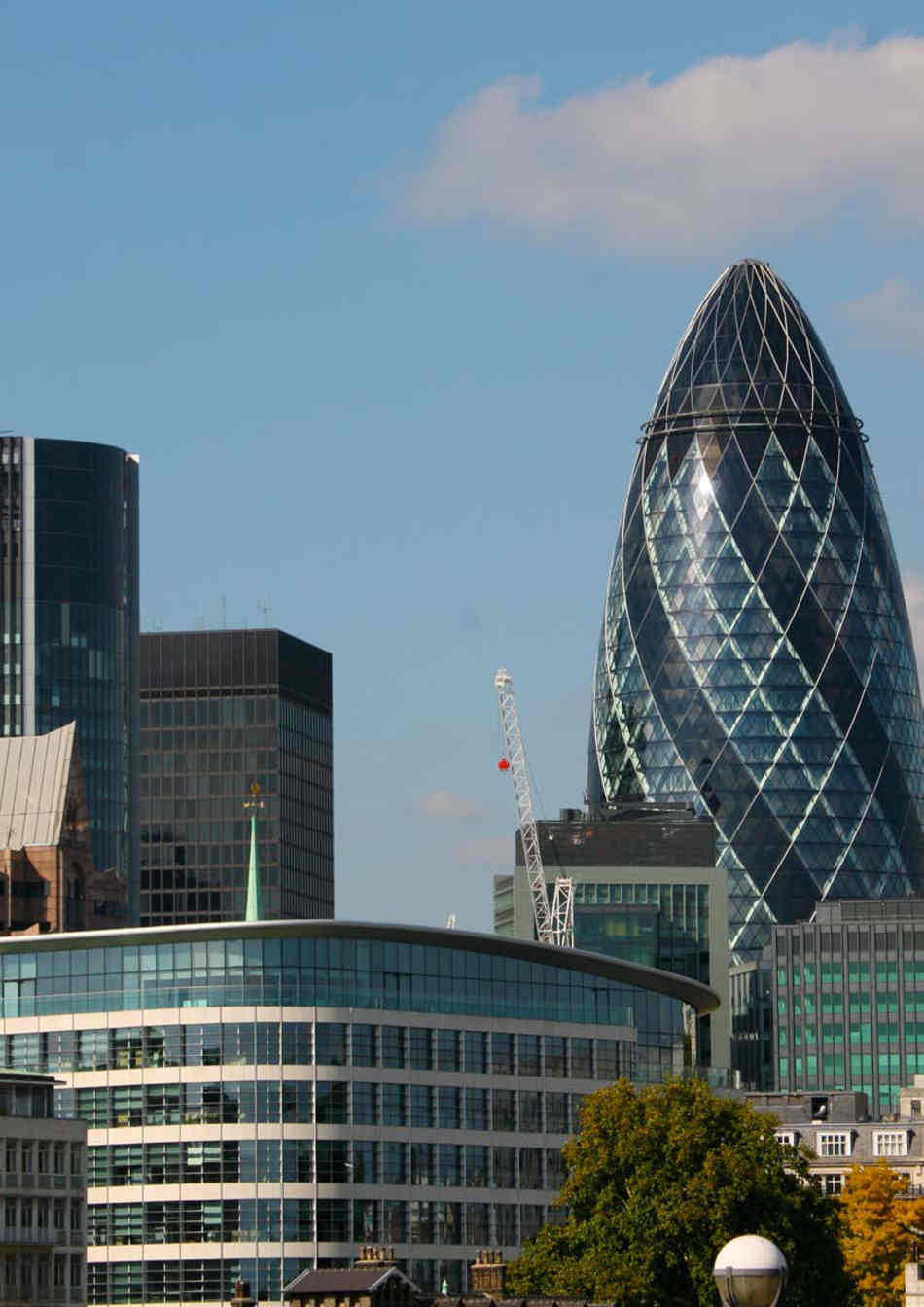 For several years I worked for one of the very best despatch companies I ever came across. Working out of Slough I enjoyed one of the most lucrative periods of my career, if despatching can be described as such, and the owners, staff and drivers were, almost without exception, as decent a bunch as I’ve had the pleasure to have been involved with. 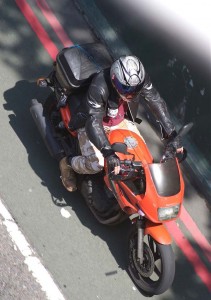 But I left. That might seem odd, and I can understand why it may well do. The one and only reason was the percentage of time I spent in ‘Town’. Yes, OK, it was probably more cost-effective; six separate jobs into London’s west end pays as much as a Leeds or a Manchester and, by comparison, the fuel and wear and tear costs are minimal. The advantages far outweigh the disadvantages. Many of my contemporaries were of the ‘North of Watford – leave it out!’ persuasion who would far rather spend the day lounging around Great Marlborough Street smoking and drinking coffee, than dicing with. The Grim Reaper in and out of the lanes of the upper reaches of the M1 and beyond.

Each to his own.

Long distance – that’s what I do. I would sooner have a run up to Inverness in January than a five-up into Town any time. I let it be known I was quite willing to let those who wanted the London work leapfrog me while I waited for the Newcastle or Truro to come in but that wasn’t how they worked and I respected it. I appreciated that, in addition to the fact that they couldn’t magic my ideal work out of thin air, my insistences were rather unusual and generally impractical. I always said if there was no-one else available I wouldn’t leave them in the cart and that worked fine for a while but with the rise of the overnighters and the realisation amongst customers that they could get something delivered the following morning for a fraction of what it cost to get it there the same day, when, invariably, the addressee had already gone home, distance work became the despatch industry’s equivalent of the Javan rhinoceros. It was a situation which led to me leaving the company, with a heavy heart, in 2004. 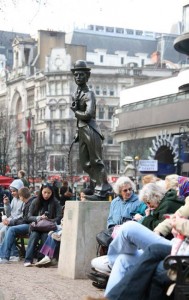 Long hours, endless days on the road, remote Highland locations with no phone signal and little chance of rescue in the event of a breakdown – vast distances between petrol stations that may or may not be open; crappy, cold, soulless motorway ‘service’ areas in the middle of the night; hayseed police officers with precious little to do pulling me over to ask why I’m riding a perfectly legal motorcycle perfectly legally at an hour which they cannot comprehend. Same as you, mate, earning a living. Only I don’t disrupt your progress by flagging you down to ask a load of donkey-brained questions. Not the best way to get moving again quickly.

It wasn’t unknown for me to do over 500 miles a day and the most I did without a significant break was 1037 in just over thirty hours. Thank God the courier isn’t yet monitored by a tachograph. The NTV was so comfortable and easy to ride that I could do Slough to Edinburgh with nothing but ‘comfort’ and fuel stops, deliver my package and head back home, grab a few hours sleep and be back in the depot ready to go again at 8am next day. If I tried that now I’d be dead in a week. What a difference a decade makes.

Yes, back then I hated London with an intense passion brought upon by not really understanding the place, what it’s about, and how it works. Most of my time was spent sitting in traffic in The Strand (OK ‘Strand’) being either soaked to the skin, frozen to the marrow or baked inside five layers of swaddling whilst the world blurred around me like one of those Photoshopped pictures of somebody looking pin sharp with an out-of-focus background suggesting motion and hubbub. 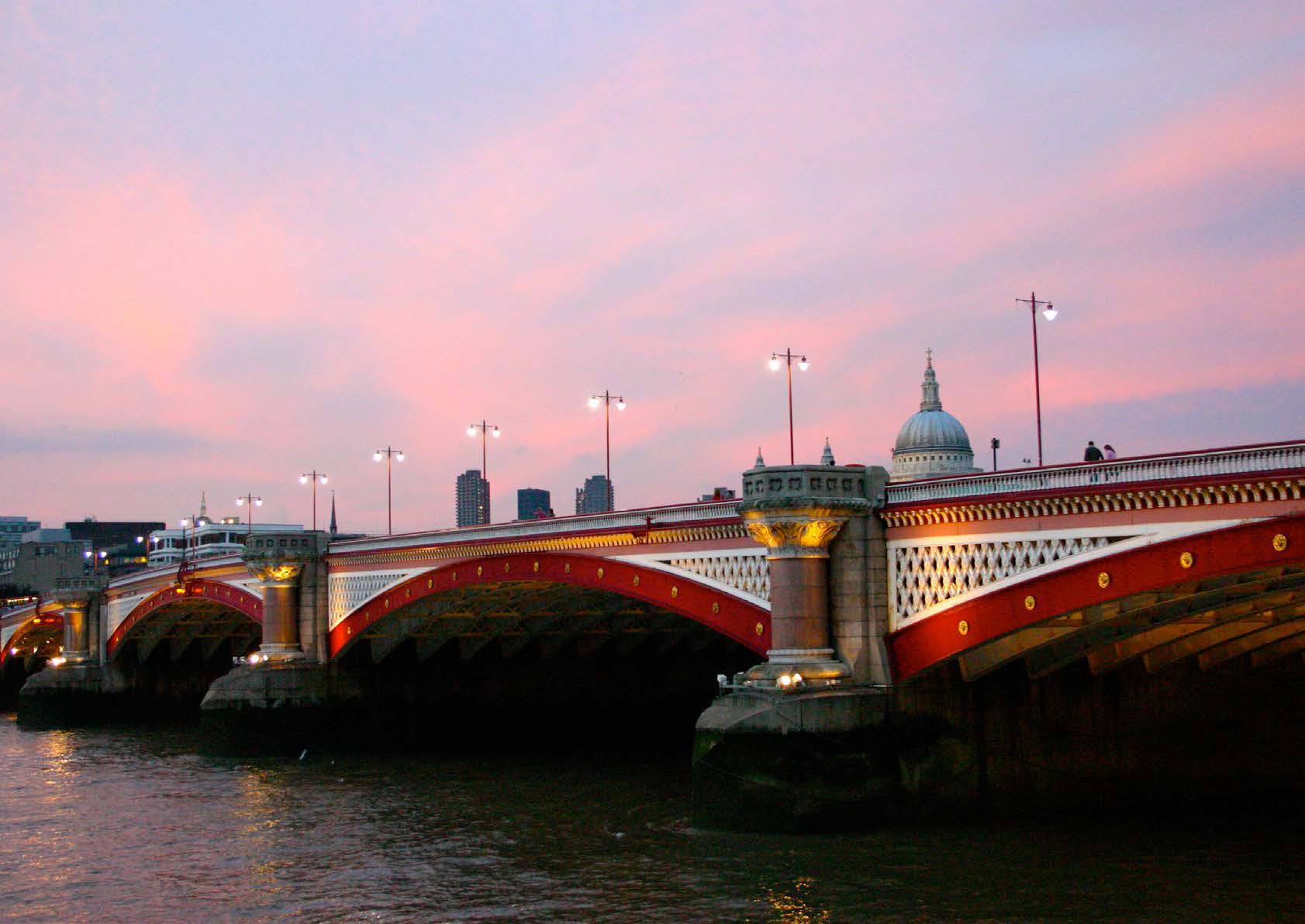 And that was the problem. Friday evening was always the worst. I’d have dropped something off at Middle Temple for instance; eight ring binders stuffed into too-small plastic envelopes that I’d had to stuff into panniers and topbox and strap on the seat and tank with fourteen bungees then carefully unfasten it all and, in an unnerving performance loosely based on Stan and Ollie’s endeavours to deliver The Music Box, struggle up stone steps and try to locate the office I needed from the thousand or so names neatly painted on the panels by the door. 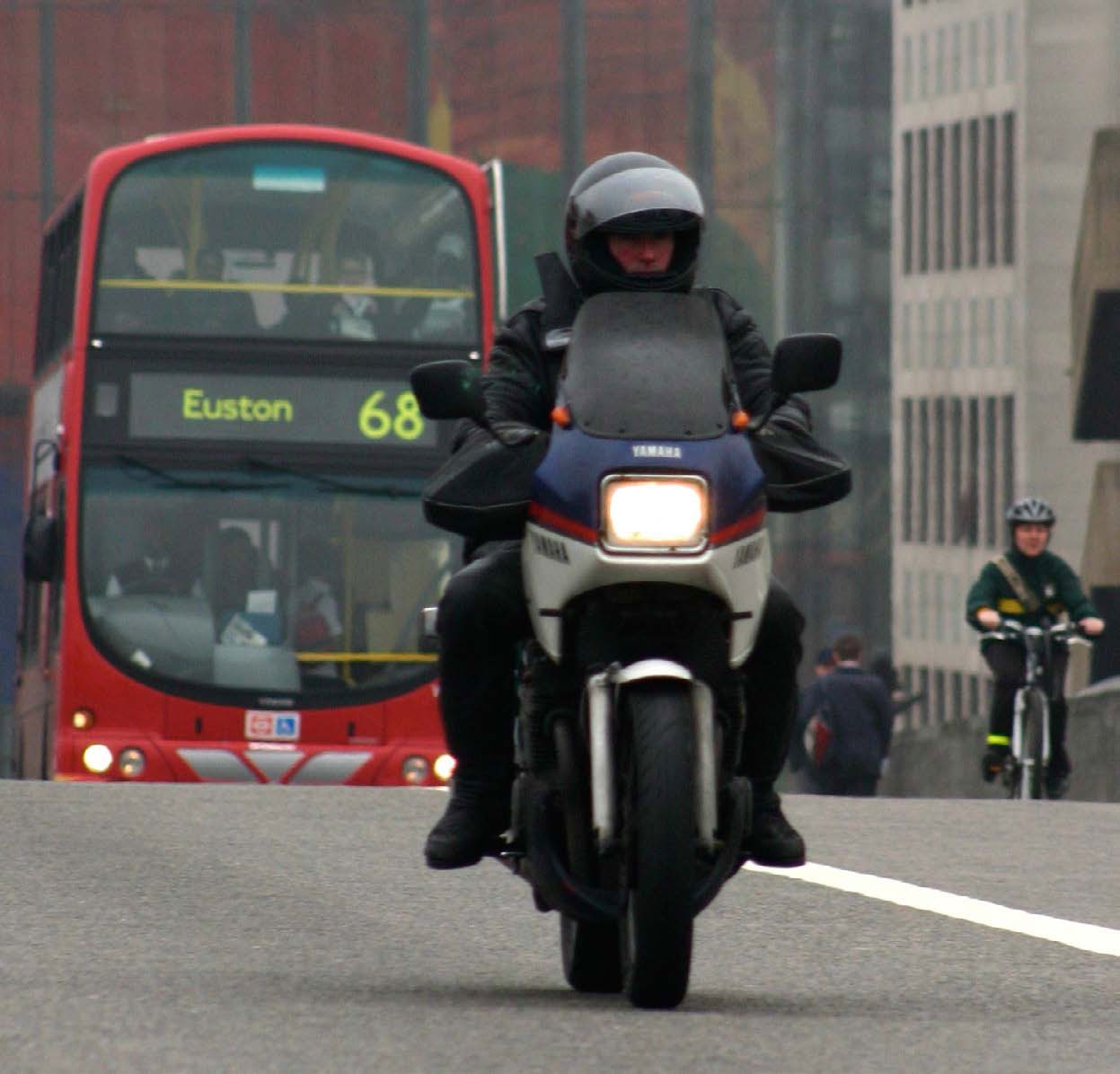 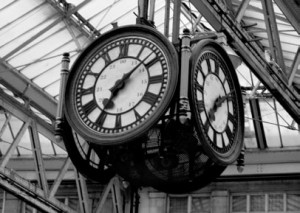 There is a pub by the security gate in Temple Street called The Witness Box which, on a summer’s eve, was, and still is, frequented by laughing, jovial besuited types spilling out onto the pavement to partake of after-work drinkies and definitely having more fun than I was. I resented them and begrudged their pleasure, mindful of the hundred and seventy mile trip in front of me and the fact that by the time I got back I’d be too knackered to care and, besides, it would be dark and chill by then and the mood would have long passed.

And then I met Eileen.

Well, you never saw a change so complete, so profound, in a body as that which has stricken me since that fateful day. She taught me, in a very short time, to love what I once despised. The pubs, the ambience, the cosmopolitan buzz of the place; the Tube, which I hated, hated, HATED; tucked away mews and vast green open spaces, the vibe, Covent Garden and Bob the Street Cat, buskers generally, ‘quaint characters’, the Blind Beggar, Brick Lane, Soho, film and TV locations, Abbey Road and random places discovered by chance – pubs, pubs and more pubs; all these and much, much more gel together to make an experience second to none. 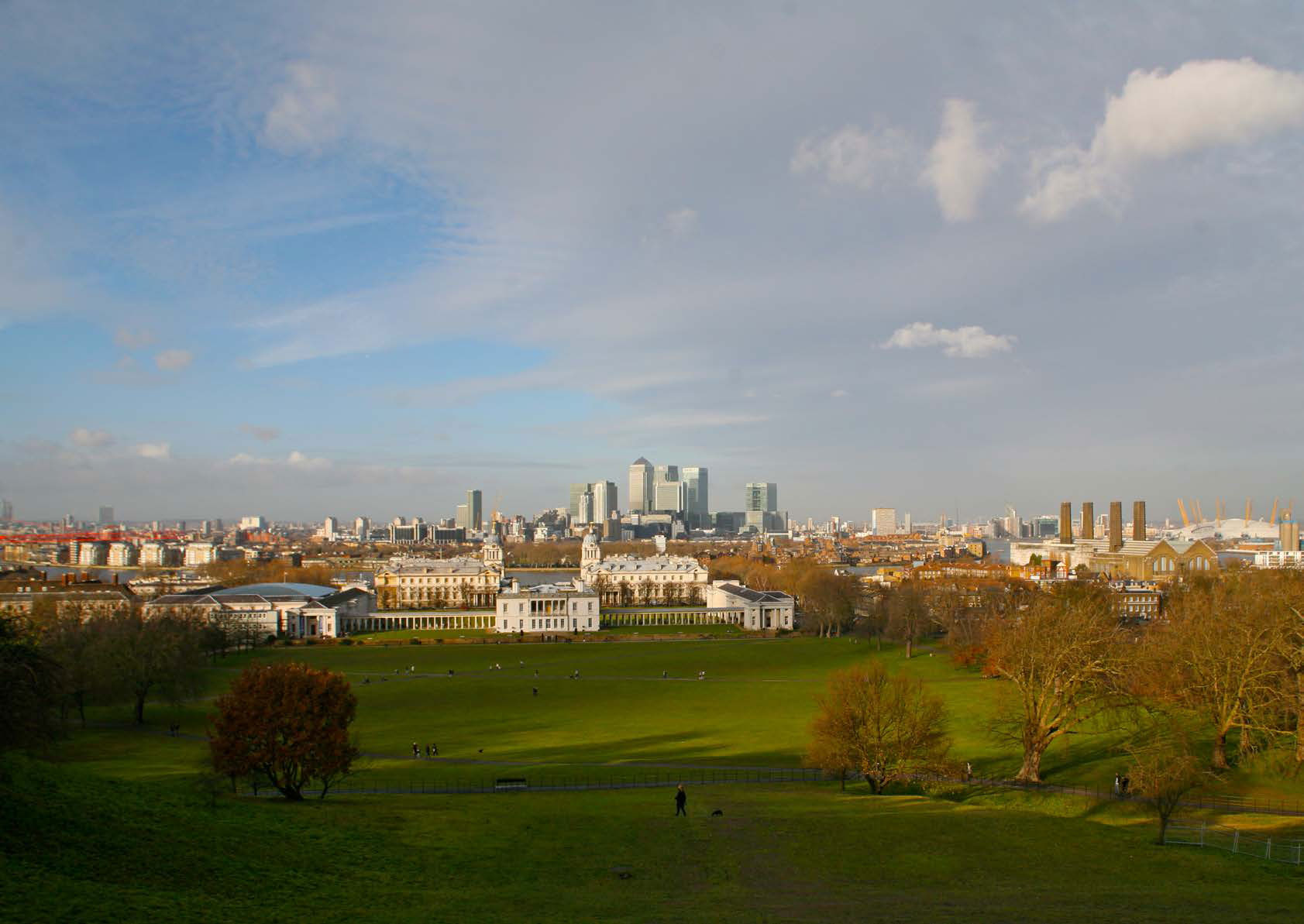 That was the problem, really. All these places existed before. It’s just that I never got the chance to appreciate them or spend any time enjoying them. Now, it’s different. I go to Town more than ever but it’s always for pleasure now. I love the Tube – even got myself an Oyster card. I love Holborn and St Paul’s, Borough Market, London Bridge and The River and Greenwich. I’ve discovered little, tucked away gems of pubs, like the Nell Gwynne Tavern in Bull Inn Court (just off The Strand behind The Adelphi Theatre), tiny and dimly-lit with steep stairs and a head-crunching beam that even I, at my five foot seven, forget about sometimes to my discomfort; fabulous little gardens hidden from the maelstrom with fascinating statues and plaques that grab the attention for hours. All these places existed before, of course, but I never saw them, unless fleetingly whilst hurrying to a delivery address to try and beat the attentions of the ‘Parking Attendants’ whose job it was to bugger up my day. 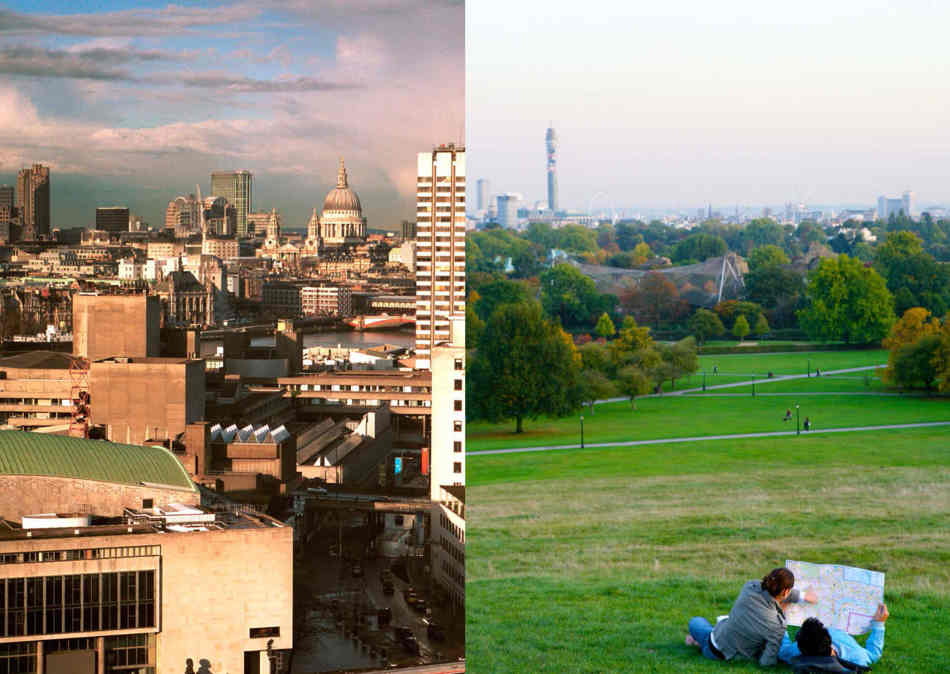 Naturally, having spent so much time in London over the years, I had managed to find time to explore a few places during lulls. Harrod’s, The National Gallery and the magnificent Natural History Museum; I knew all these well. But it wasn’t til Eileen showed me around properly that I developed the feeling I now have for this great City. I even have a soft spot for Charing Cross Station and the clock, under which I waited like I was in a black and white film, naturally, the first time we spent an evening in Town. And Paddington and Euston – I know like the back of my hand. 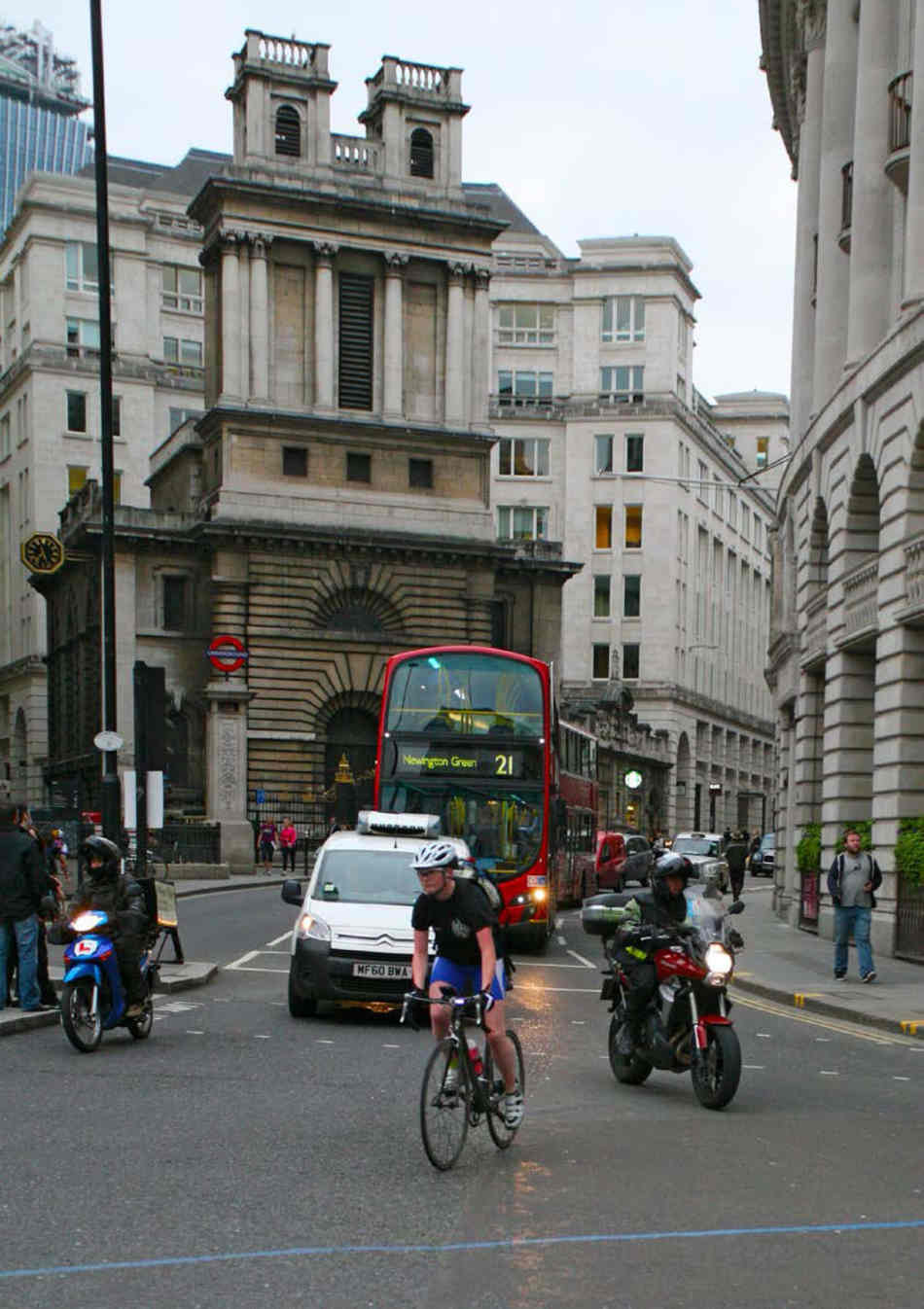 I still ride the bike – still work as a courier when the work is there, which is becoming rarer and rarer – but I always, without exception, get the train up to London nowadays. Not only does it cost a damn sight less if I book the tickets early enough, but I haven’t got the hassle of finding somewhere to park. And I can get shitfaced if the mood takes us, which it invariably does. 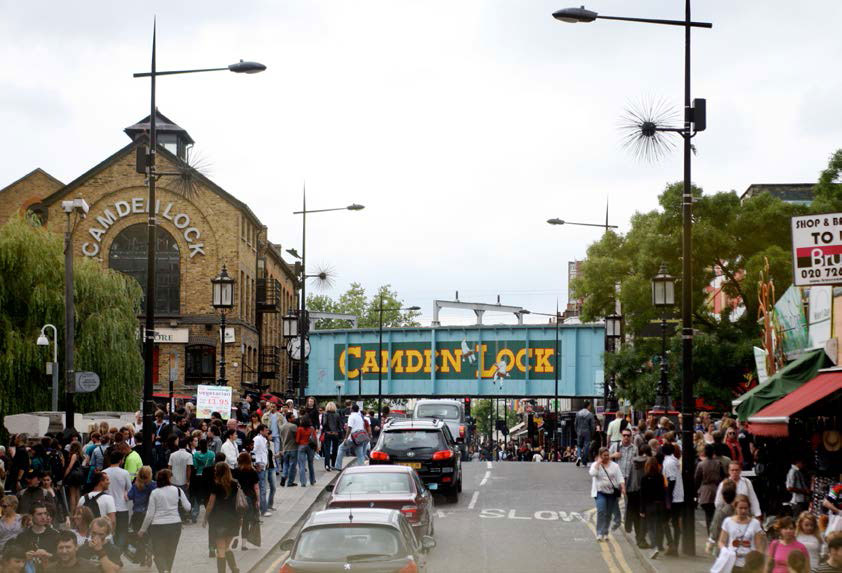 I still have the bike and still ride whenever I can – but we save it for The Shropshire Hills when Eileen returns the favour and comes up here to Club Foot Country where we can enjoy the other end of the scale, fields, sheep (oi!), rustic pubs with open fires and cats on the bar and open roads. But that’s another story… 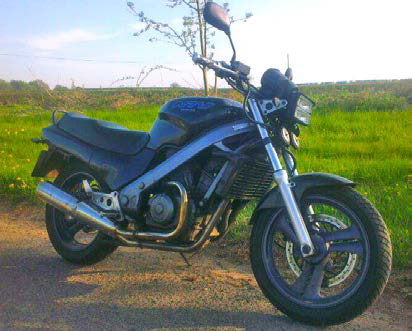