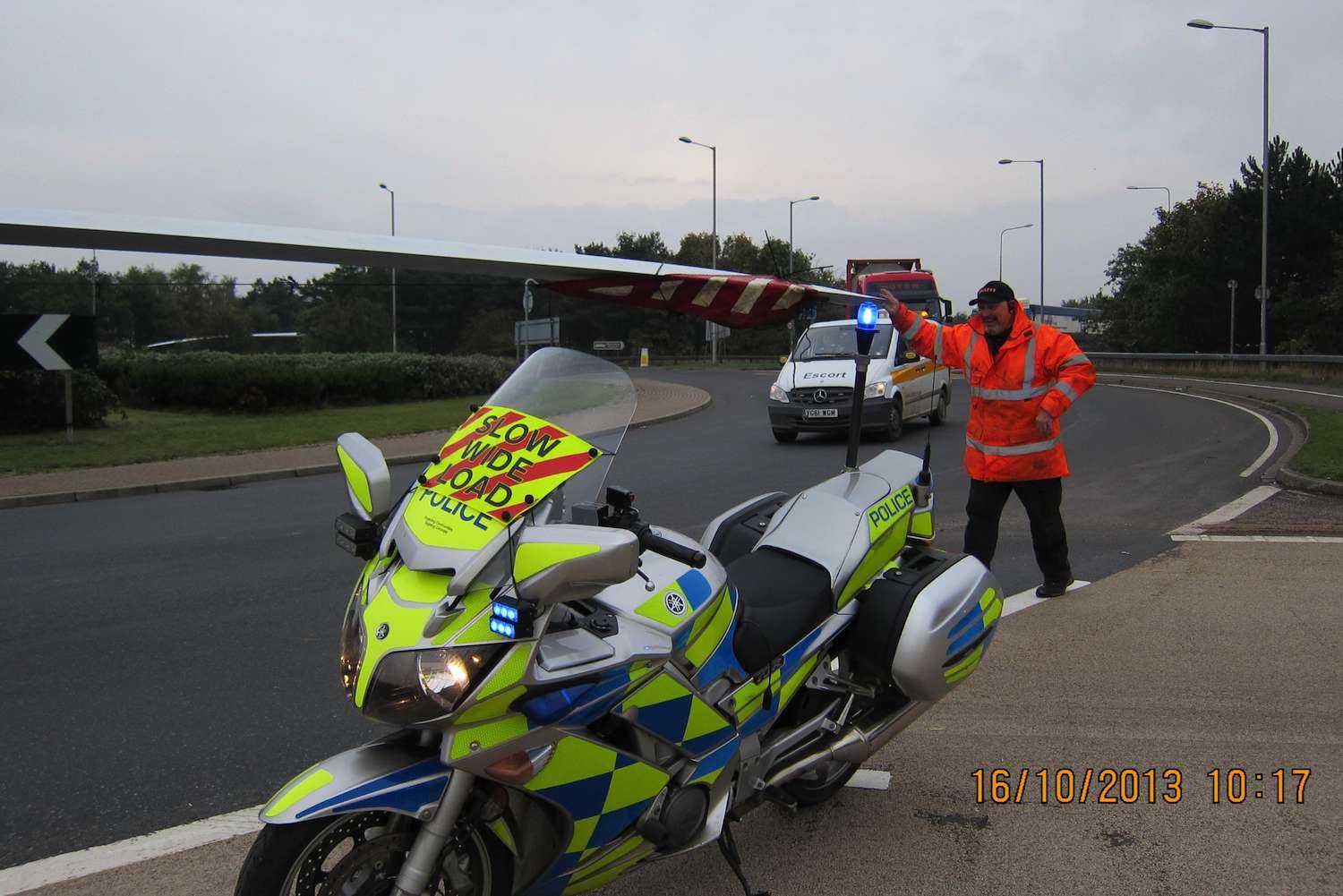 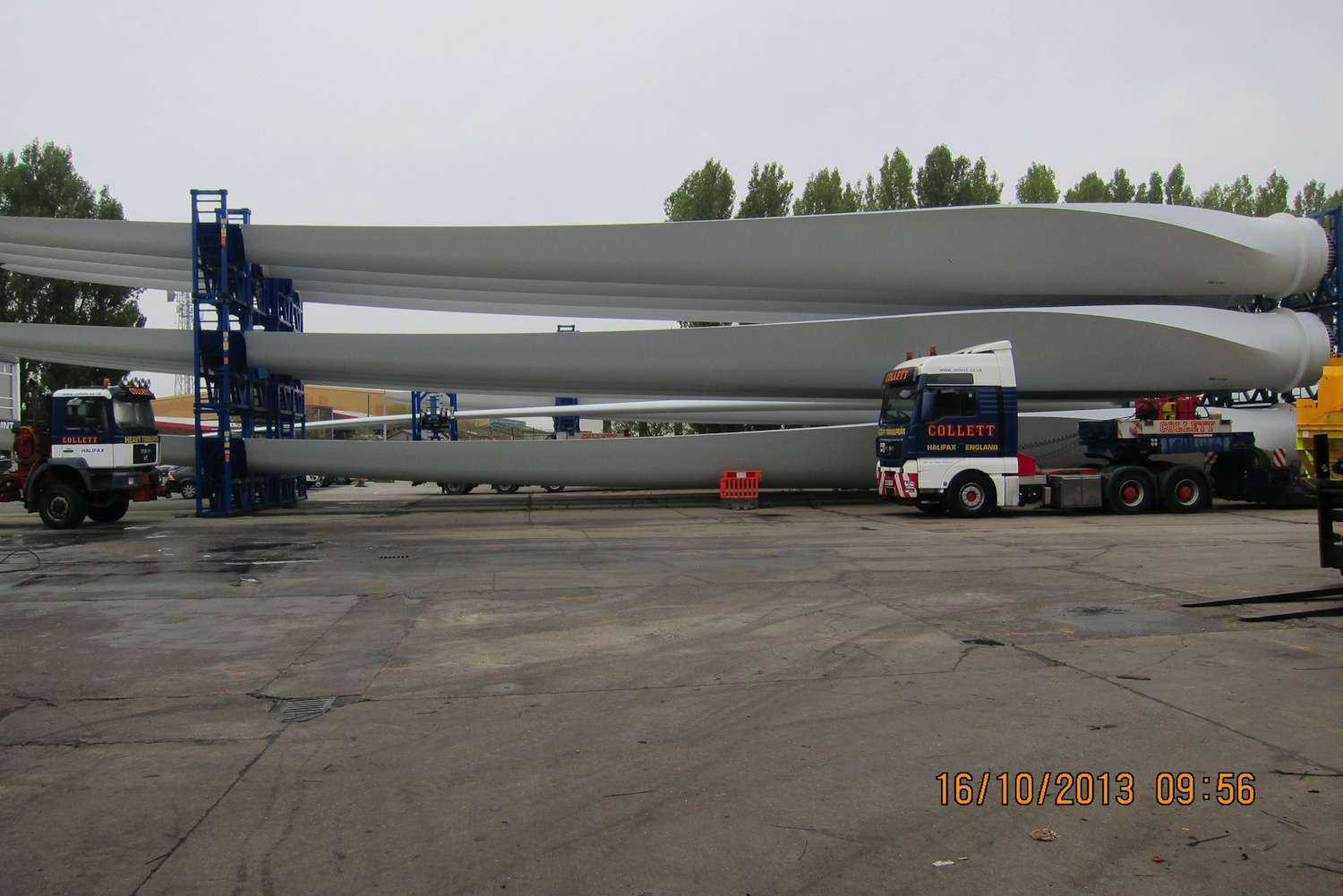 Electricity, we can’t do without it, especially if you want to read The Riders Digest, but it always comes at a price, not just to our pockets, but to the environment too.

Over the years I have moved many abnormal loads, I clearly remember one that had to move less than ½ a mile, but due to a weak bridge we had to move it all the way round the M25, it took all night and at less than 20mph frost settled on the bike I was using. 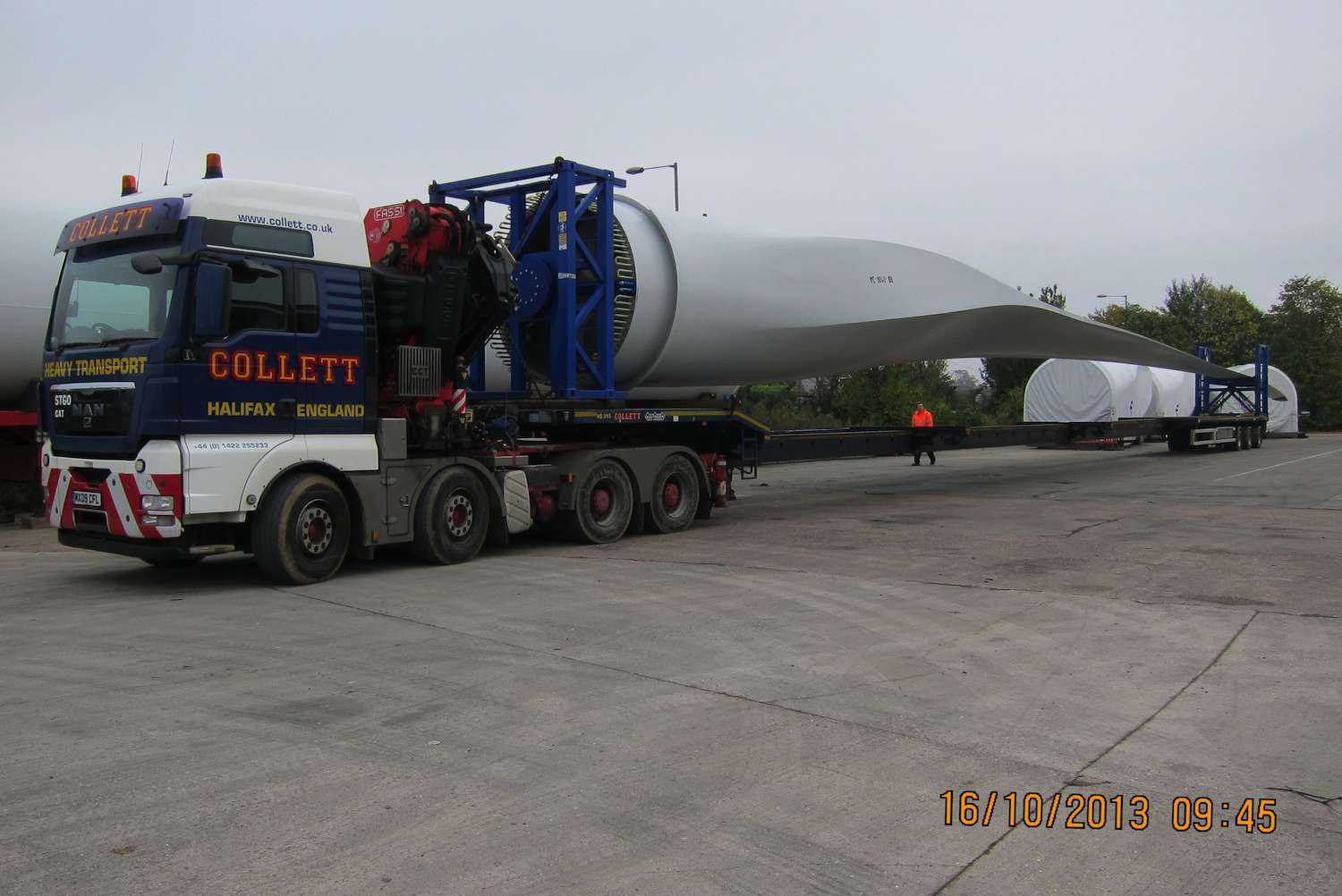 We don’t get to move too many loads these days since some of the restrictions were lifted a little, but if more come up I shall share, in the mean time, if you’re caught in a backlog of traffic, it may be one of these…

There is an increasing trend to turn land over to wind farms, my first comment on this some years ago was, “Why do we need them, this country has enough wind as it is!” But it then became clear it was to harvest the power of the wind to make the commodity we need and not make more.

East Yorkshire has excellent wind resources, a steady draught blows in off the North Sea providing a clean and infinite source of energy. There’s strong planning guidance for the area that set out targets for installing renewable energy generation and reducing greenhouse gas emissions.

Wind turbines just seem to spring up causing controversy and community rifts, but where do they come from? Mostly they are made outside of the UK, the parts come into our docks and are then assembled on site. And the only way to get them there is by road but the hauliers that move them are restricted in the size and weight of loads they can move on their own, as they have no power to stop or direct traffic.

After applying for movement orders, there are test runs and parts of the road or verges are altered to allow for the movement and the swing of the vehicles before the operation begins. 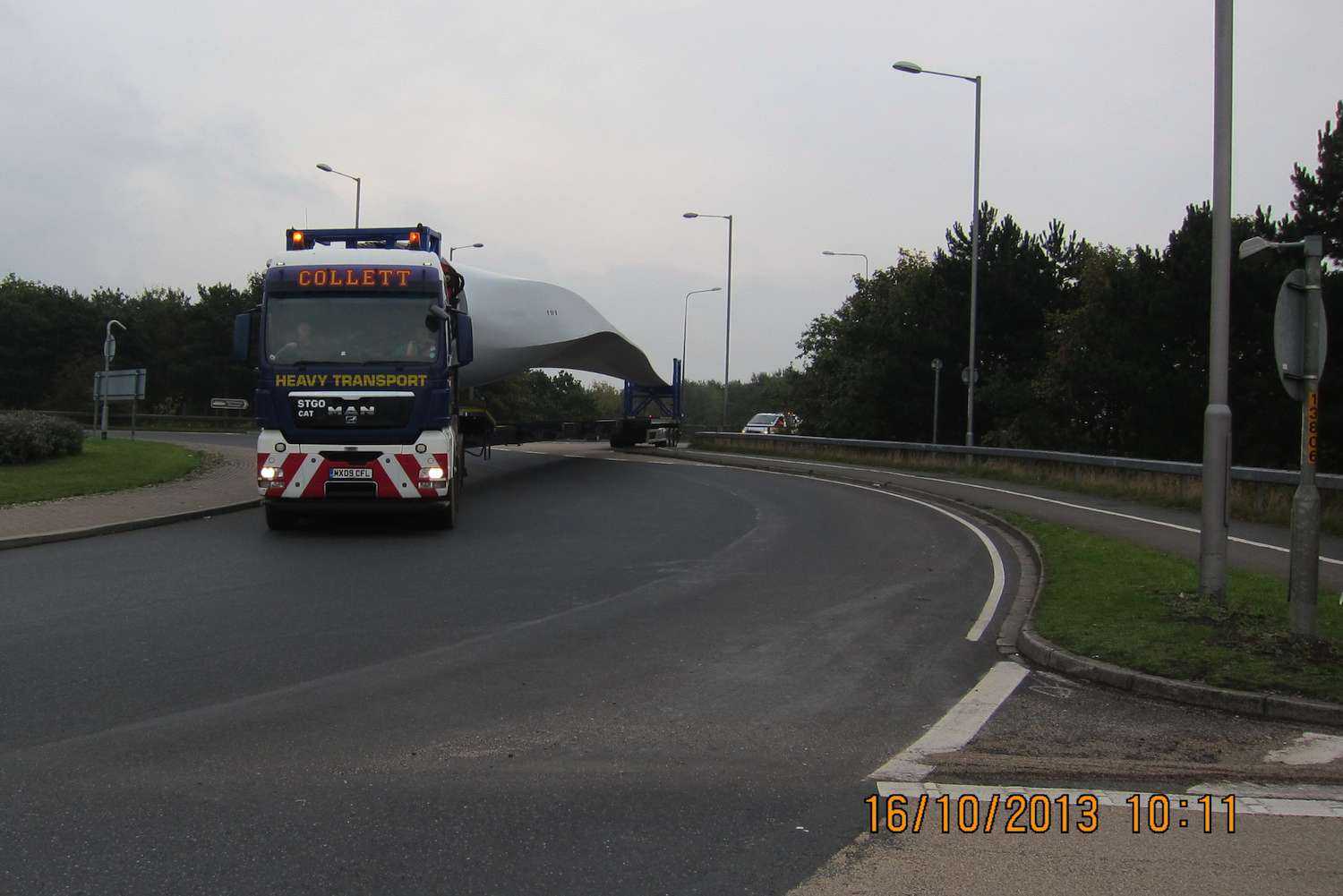 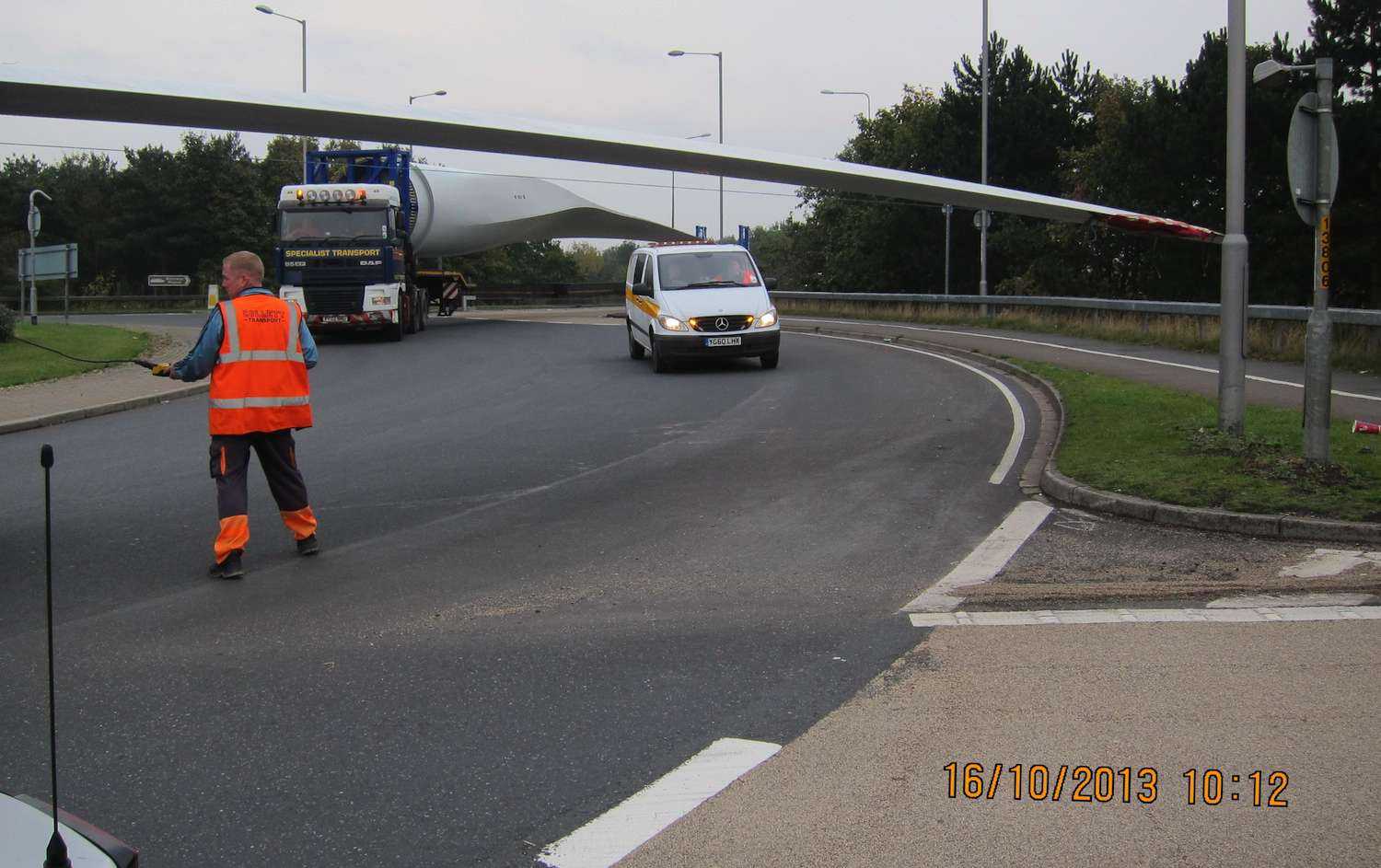 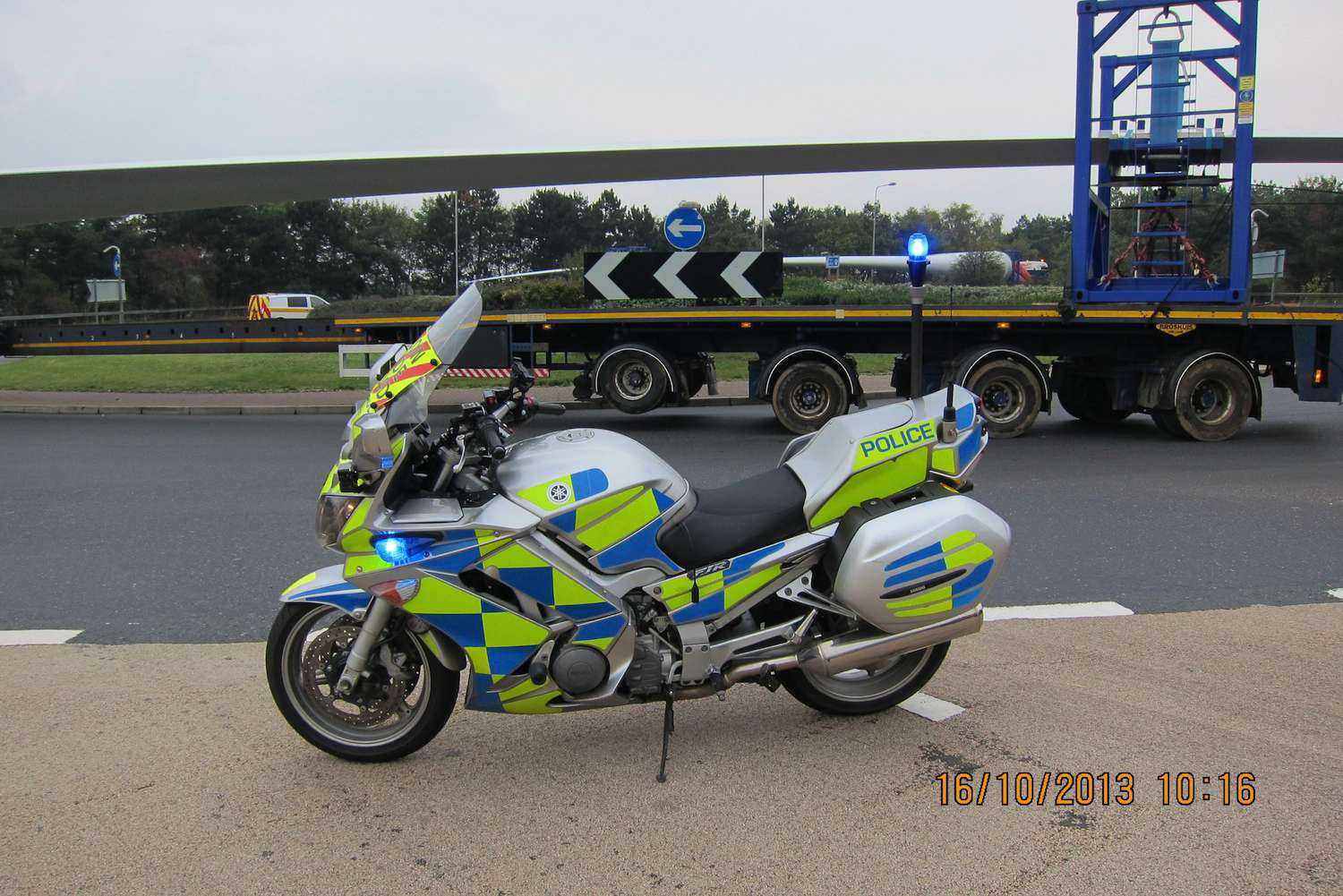 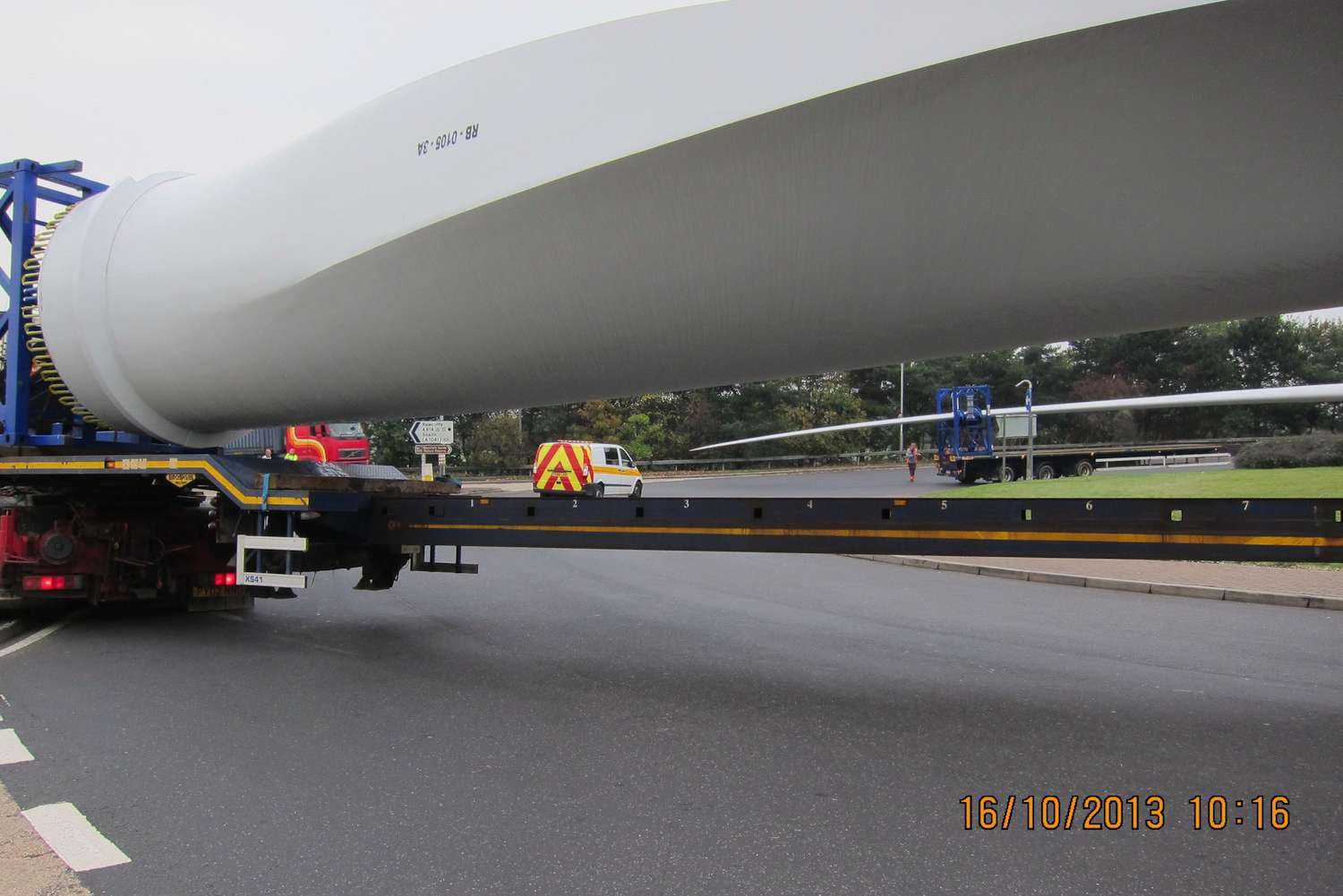 The parts that are to be moved from Goole docks to a farm in East Yorkshire are the Nacelles at 98 tonnes, the hubs at 75 tonnes, the drive train at 77 tonnes and the blades at 44 tonnes.

This movement was for the blades of a turbine; normally they are a bit over 30 metres long, but these were 52 metres, which when you add in the vehicle to move them, gives you a total length of 58 metres! 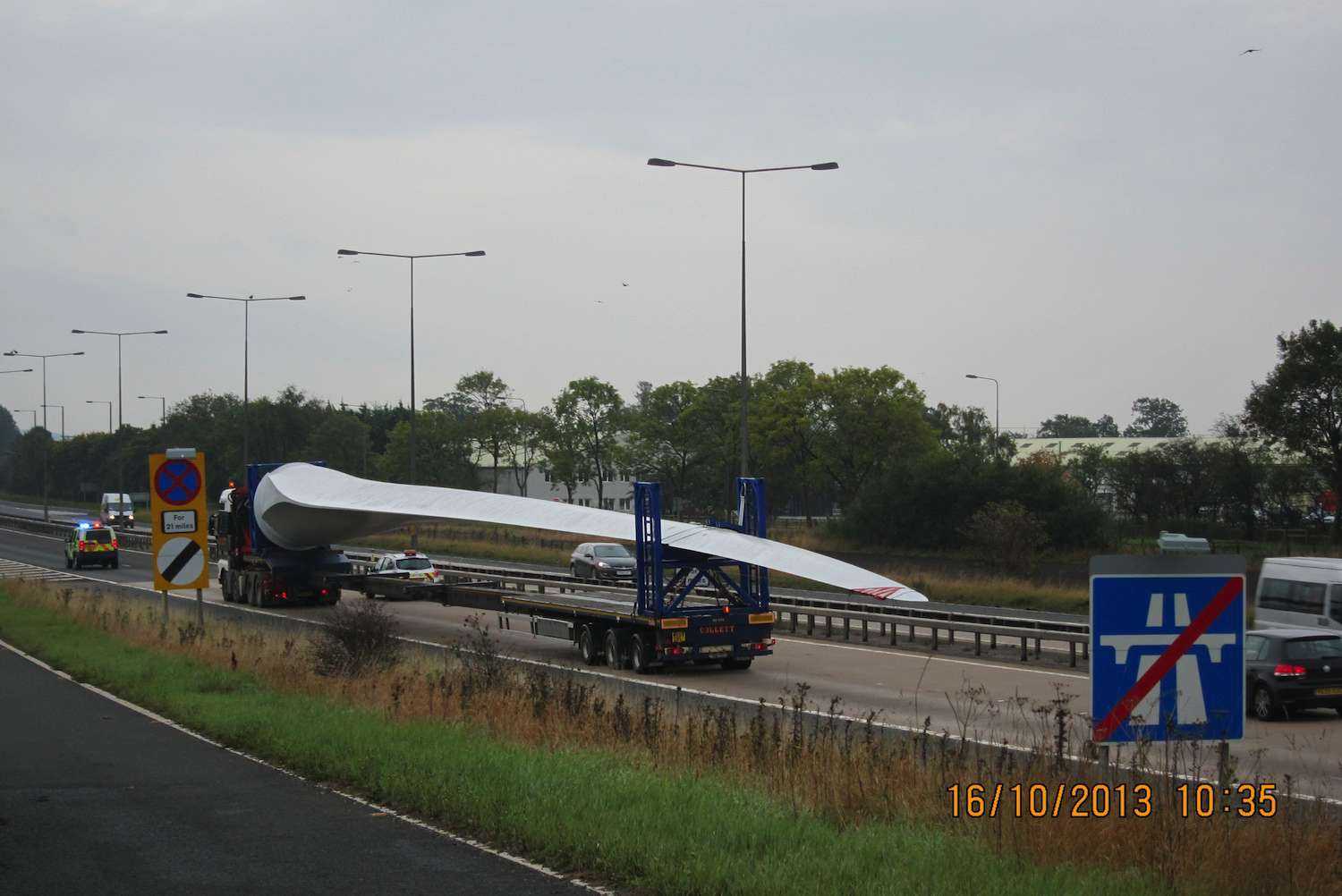 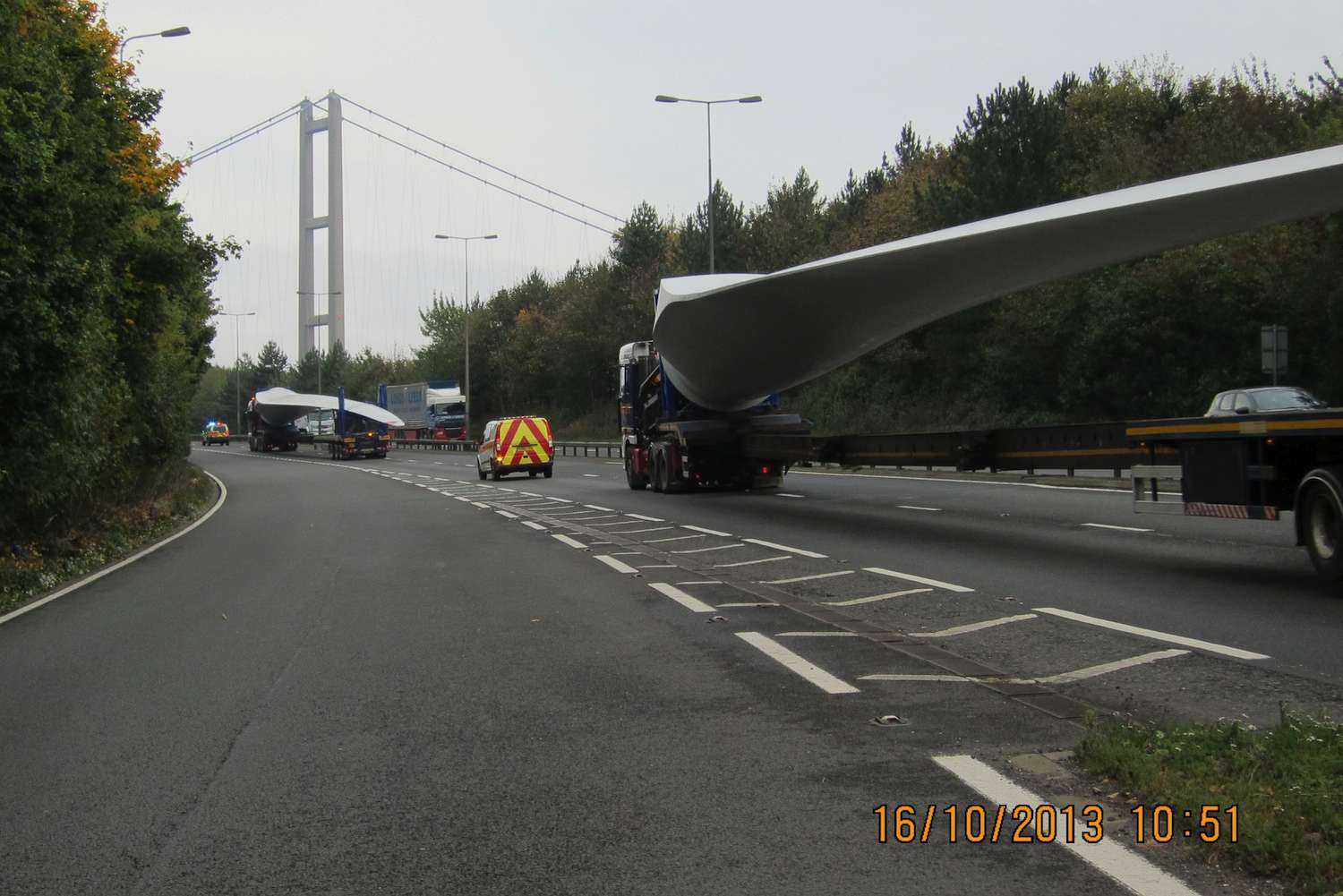 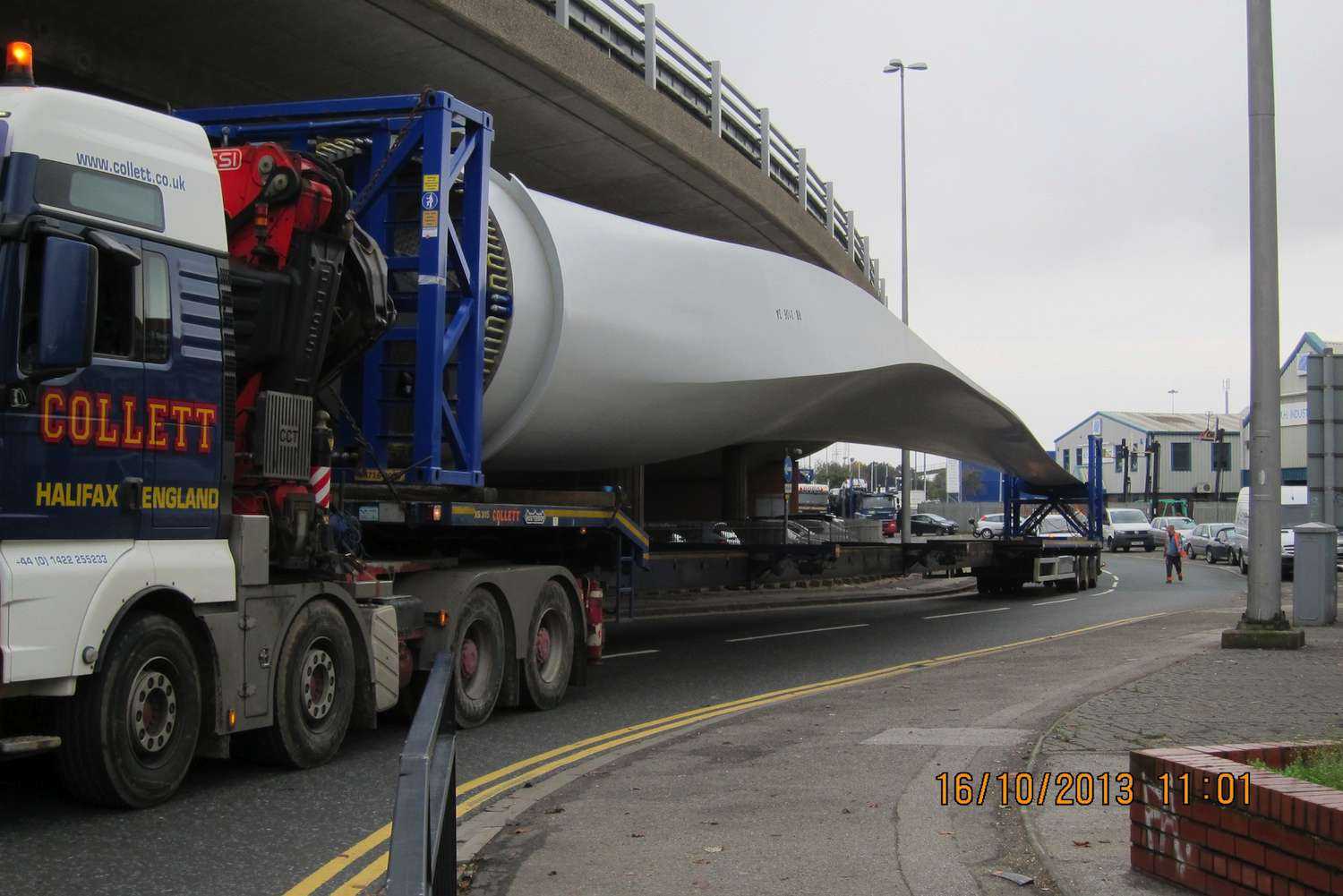 There can be no damage to the blades or they cannot be used; and with the cost of each one running to lots and lots of £££s nothing is left to chance.

In order to manoeuvre, the vehicles have rear steering that is linked to the normal steering; but in tight situations, it can also be done manually by a steersman. 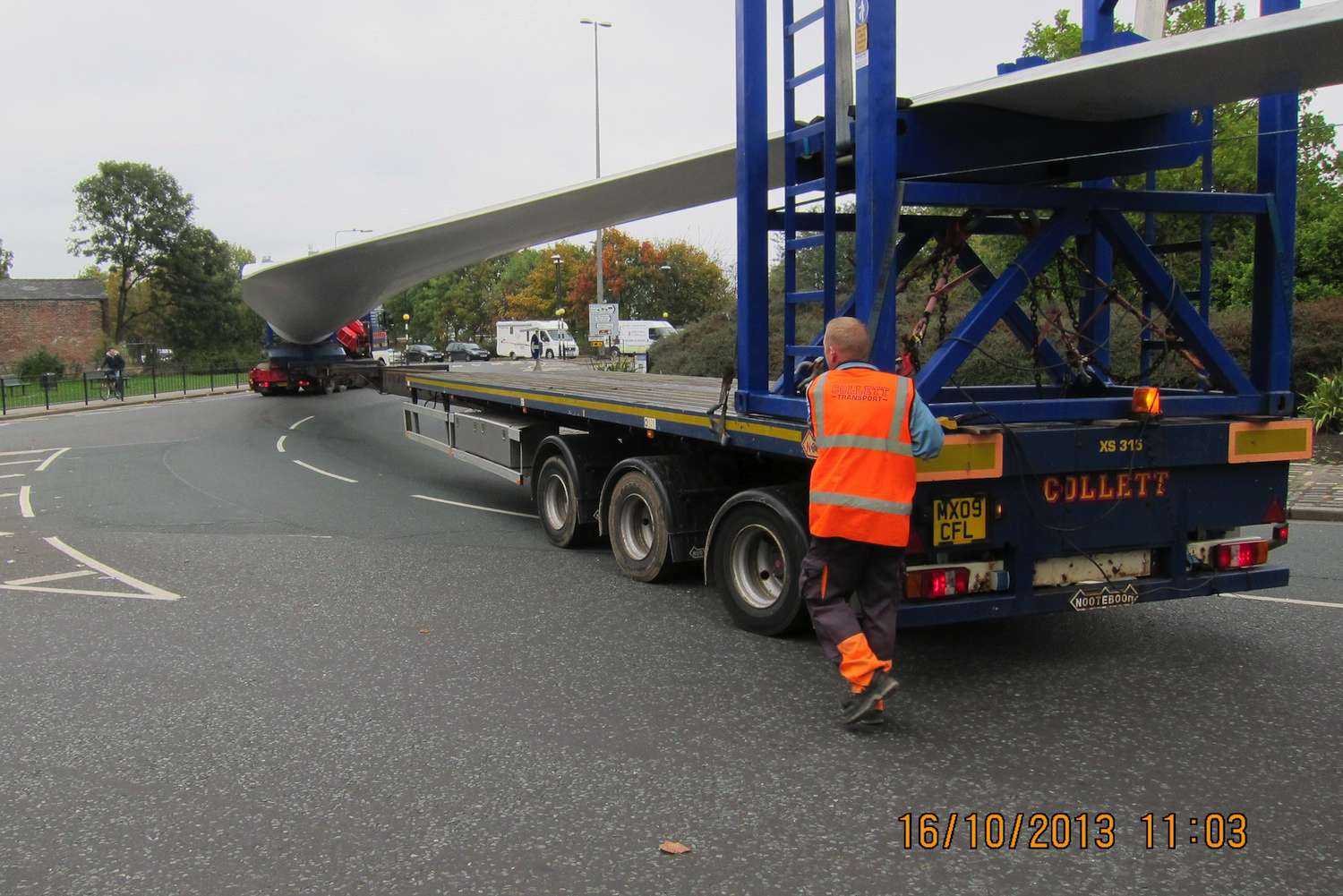 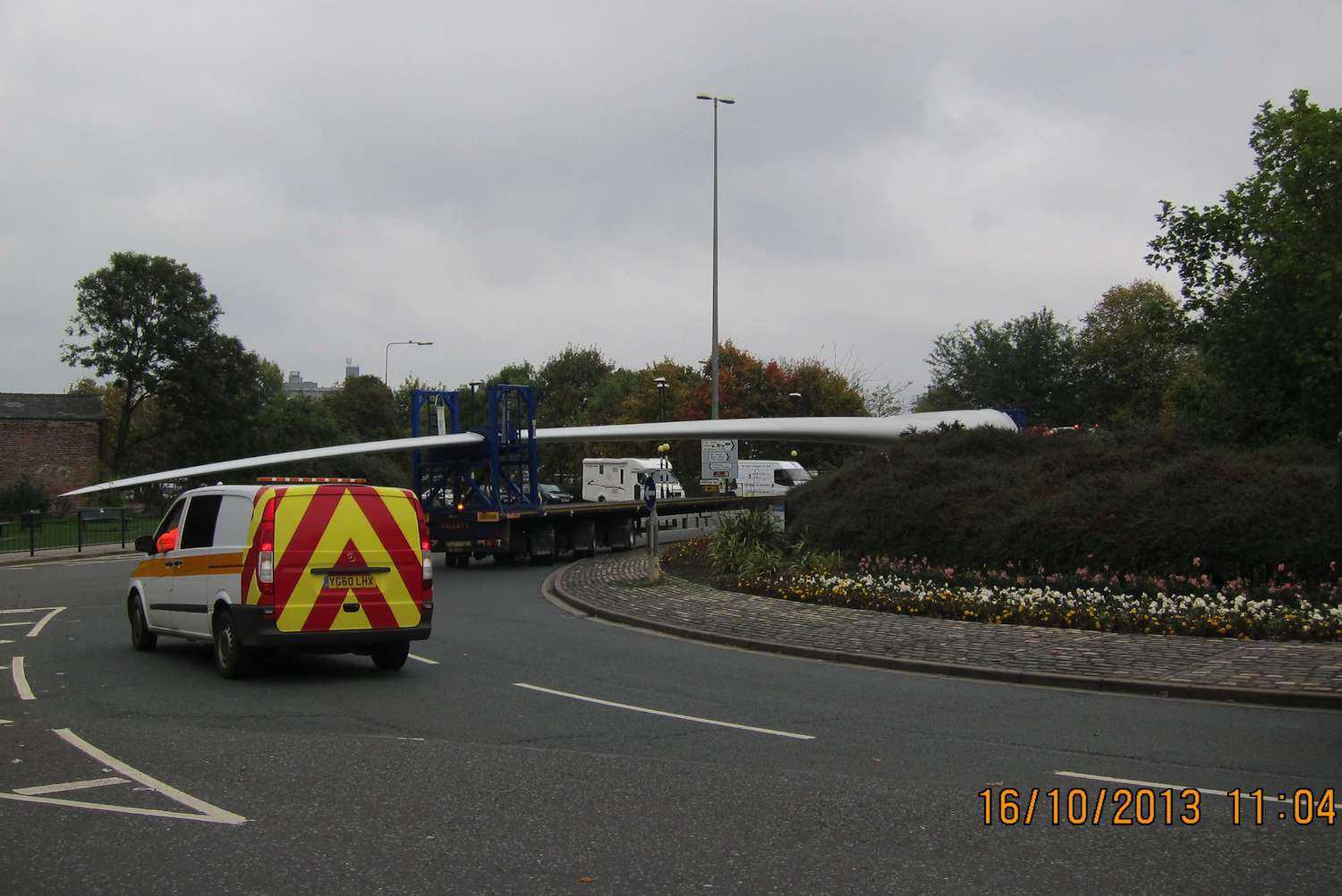 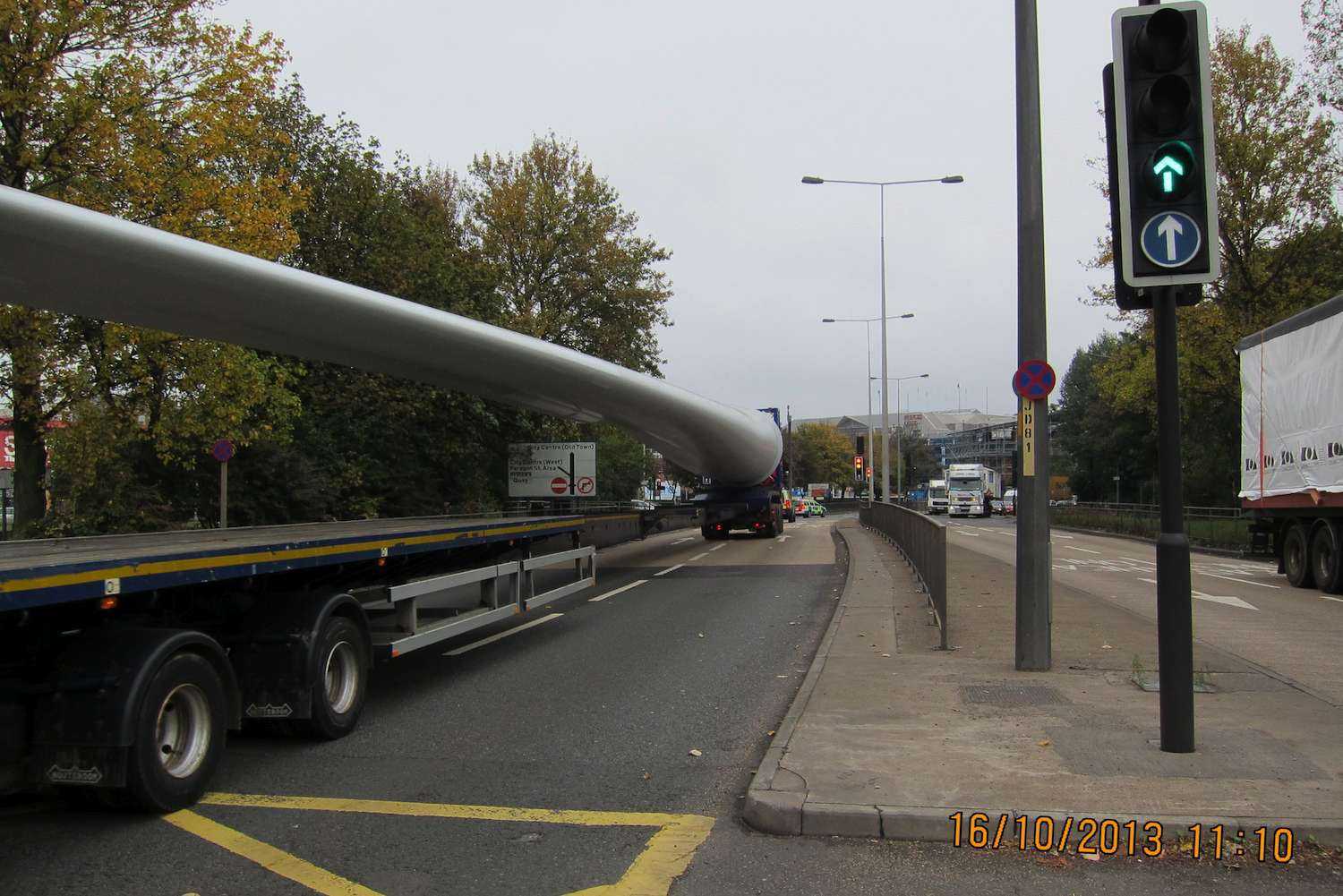 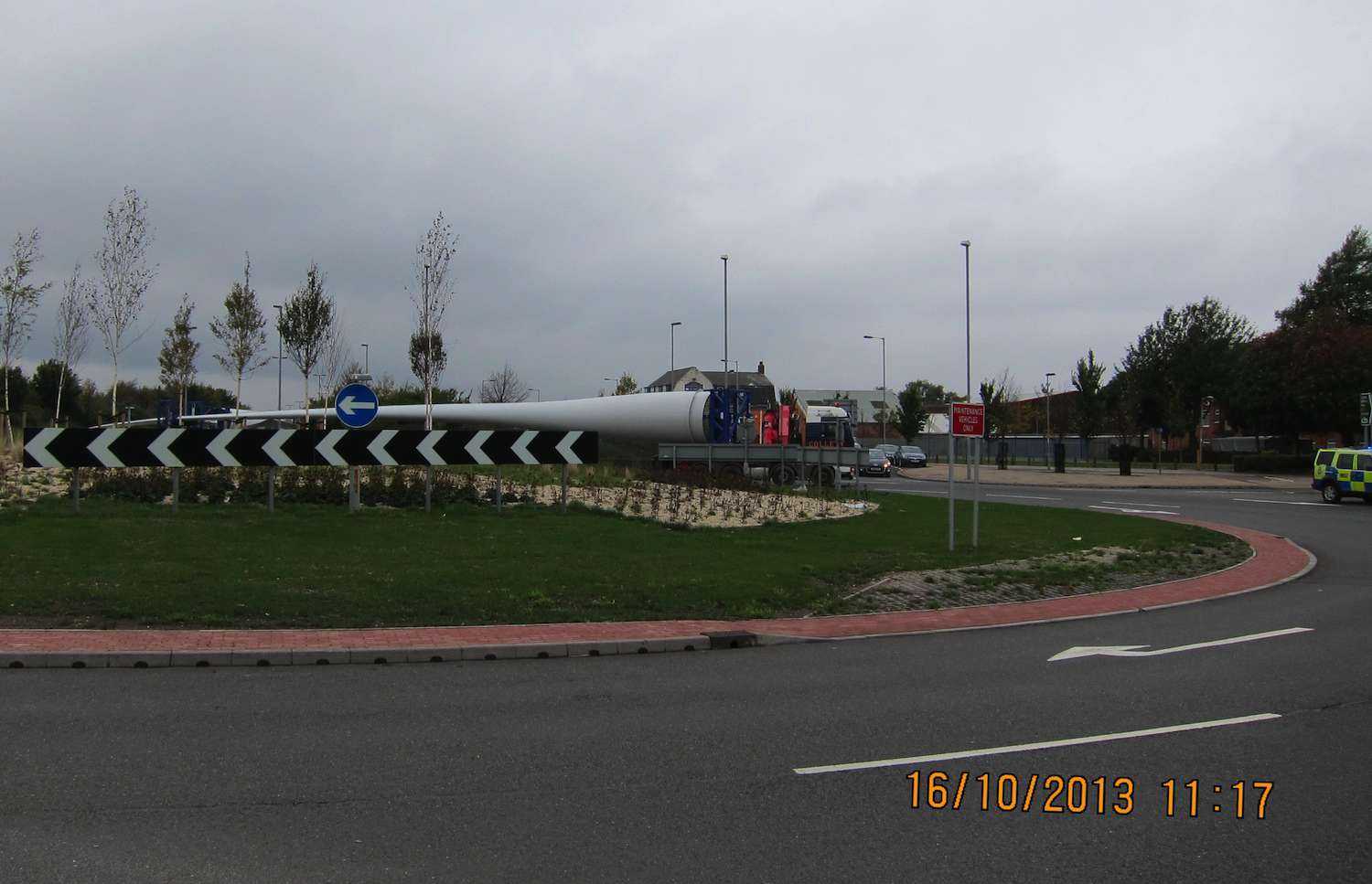 The blade travels very close to some static objects such as the lamp post on the roundabout, which it missed by no more than a couple of inches (it only just cleared the rear blue stem light on the Yamaha I was using on that day). 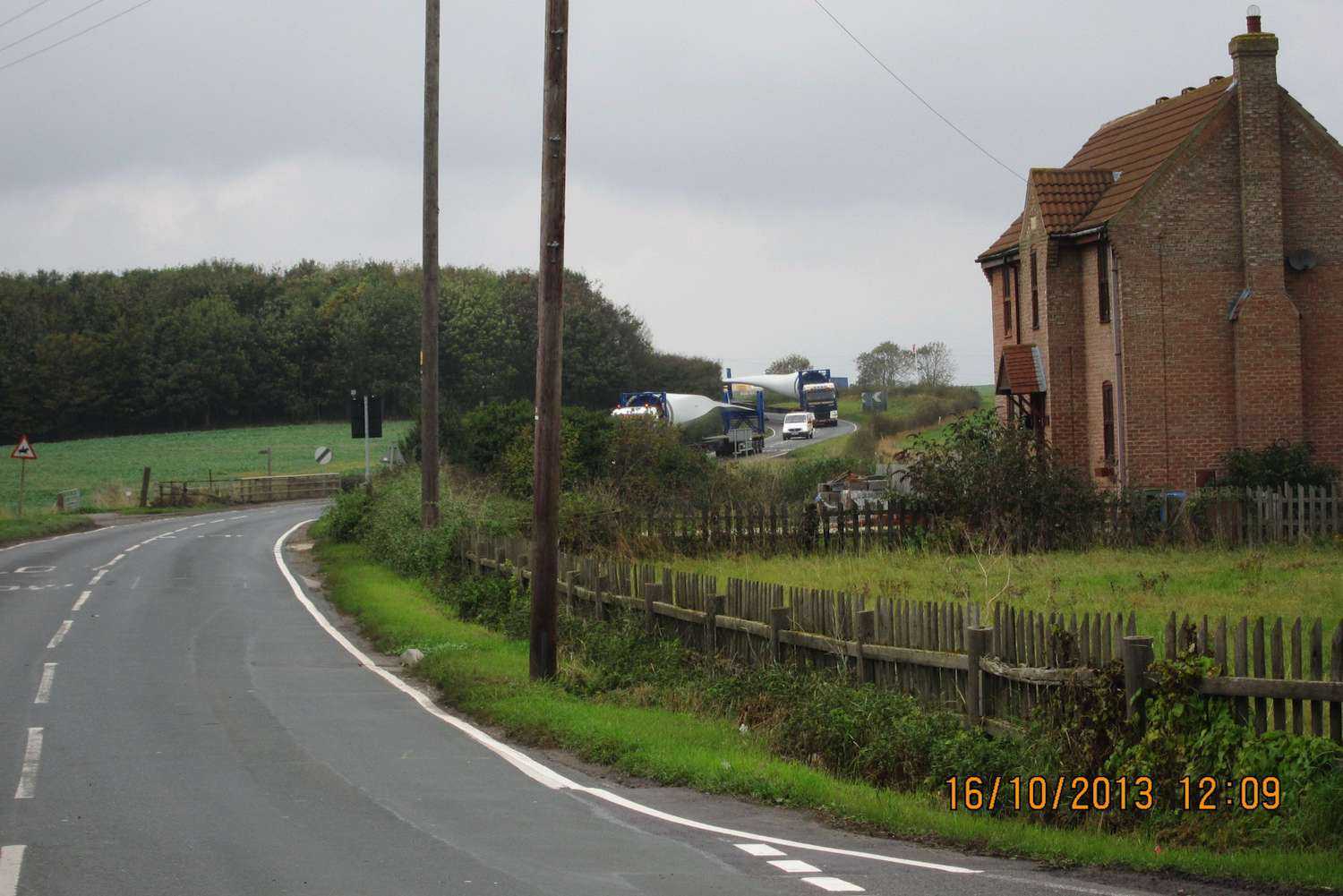 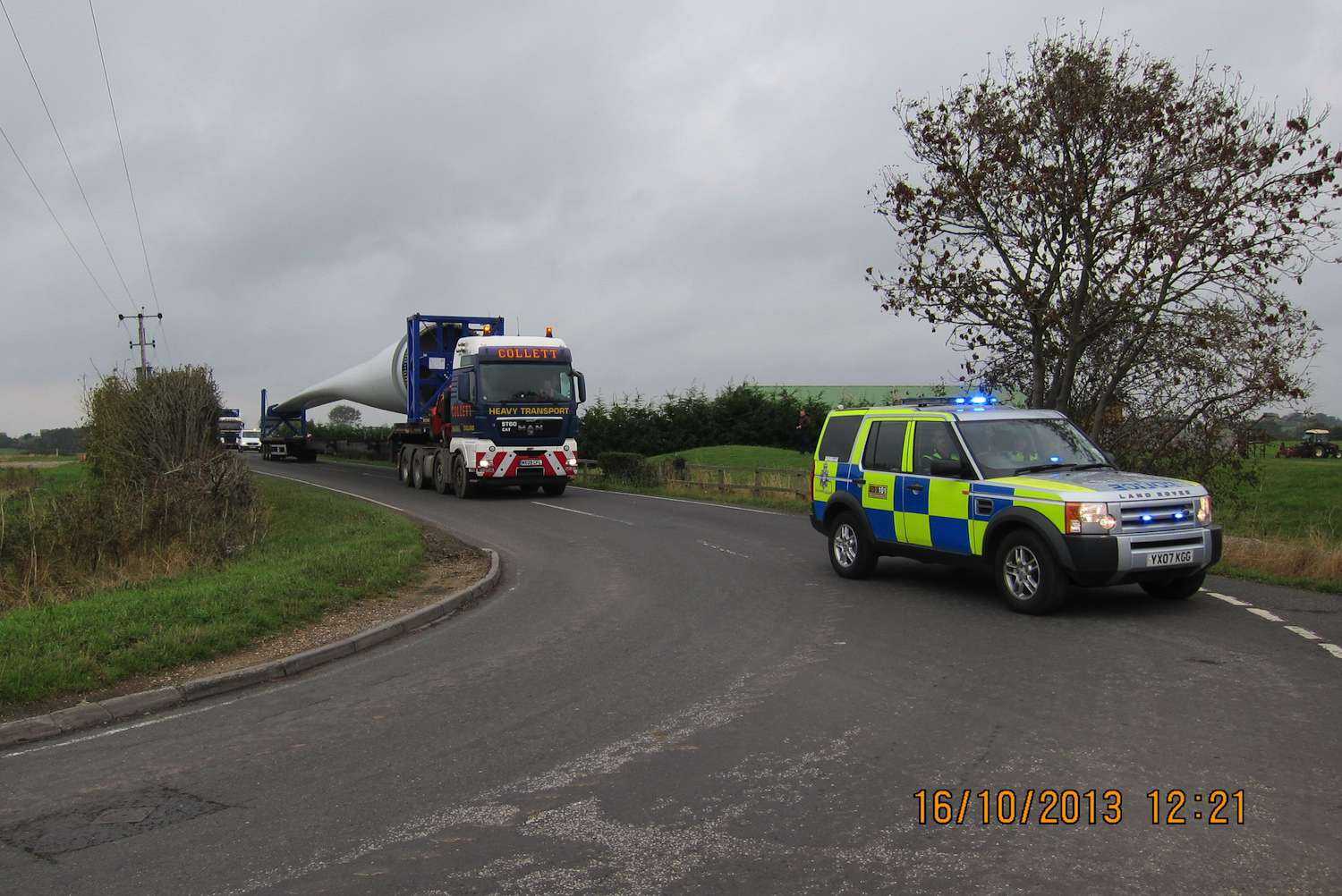 Having successfully delivered the first run of two blades we headed back for a second pair, and as you can see the weather had turned typically autumnal and was throwing it down . 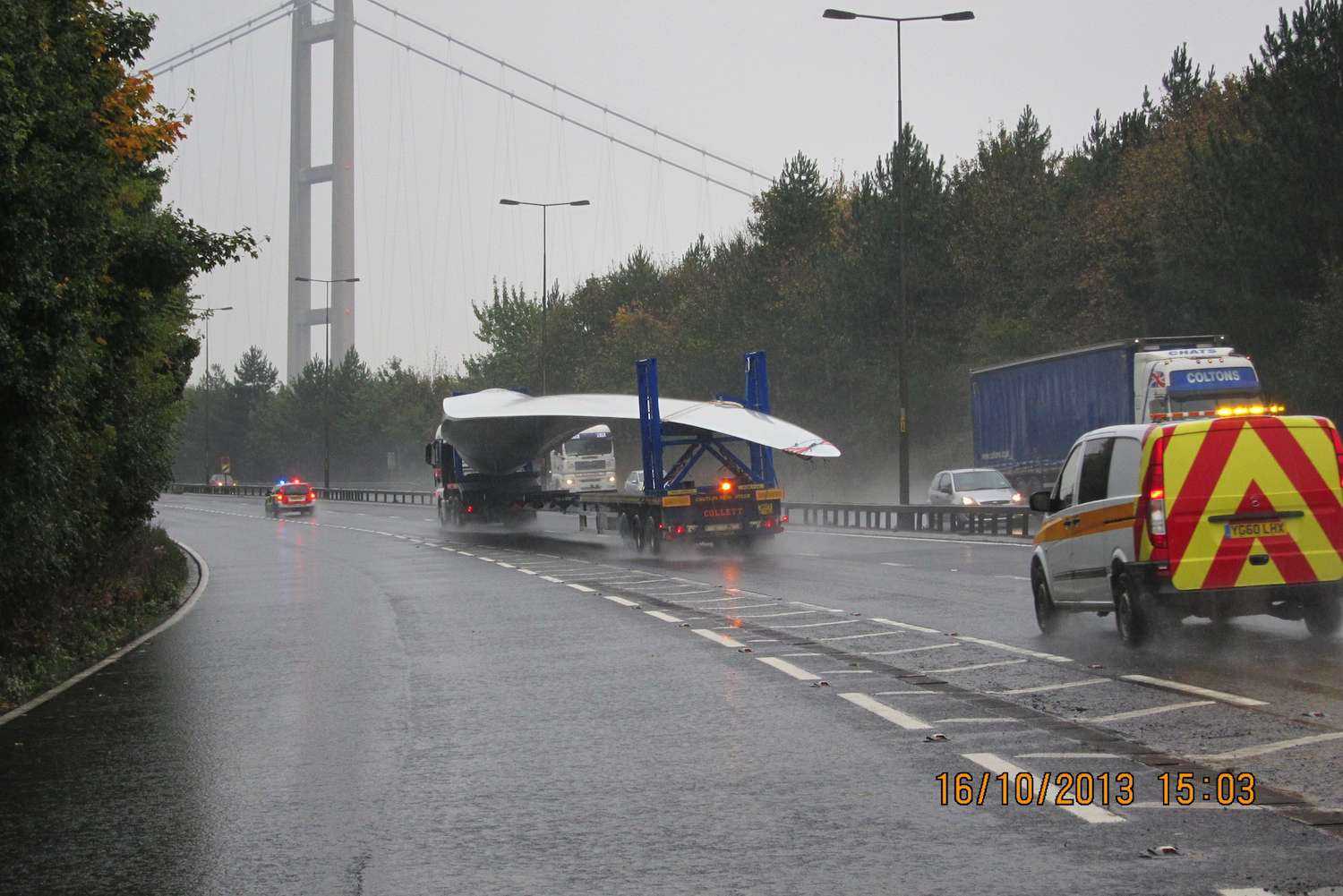