It would have been nice had The Art of the Harley-Davidson Motorcycles (2014) arrived in time to be included in the winter round-up featured in Issue 187. It would have been a good fit, what with most of the book devoted to vintage, if not antique, motorcycles on the one hand and a photo-spread dedicated to the XLCR on the other. Both were motifs or themes of “Motolit and Stocking Stuffers”. Alas it was not to be. 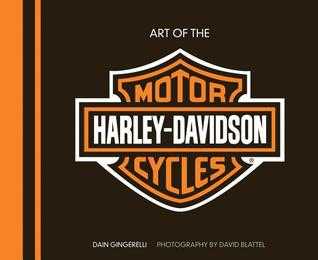 The Art of the Harley-Davidson is a revised “Deluxe” edition of the 2011 coffee table book. It is also a marque book. Coffee table books of course are all about images, not words, in this case by David Blattel and Dain Gingerelli respectively. Often coffee table books are not even well-written. Marque books are notoriously critic-proof. Devotees of the marque in question will buy such a book no matter how bad it is, while those favoring other marques won’t buy the book no matter how good it is.

As for Art of the Harley itself, it covers 111 years of its art in eleven sections. There is no general introduction, although each section gets a very brief introduction. There are sections dedicated to panheads and knuckleheads, with some having such almost clever titles as “Minimum Hog” – smaller and small-capacity machines. I suppose Gingerelli deserves some credit for not calling them “Piglets”. More typical section titles are “Setting the Record: The Race Bikes” or “Kings of the Highways: The Touring Bikes”.

Curiously only 108 motorcycles are selected, three shy of playing off all those elevens. Regardless, here’s a Softail Slim, there’s a Fat Boy, and off in the corner is a Street Bob. Each usually gets a two-page spread, matching one of Blattel’s photographs with a relevant vintage illustration – an old photograph, a period ad or brochure, or some other ephemera relating to the bike. A few bikes get just one page and a few more get a double-page fold-out.

Blattel’s photography is crisp and very commercial. He has a sense of humor as well. In his Photographer’s Notes (212), he says, “Having shot Harley-Davidson’s (sic) for so many years, and since I’m usually the one who’s moving the bikes, I may have pushed bikes more than I’ve ridden them”. There is a black envelope inside the back cover that holds four ready-to-frame-and-hang prints for those who like his images.

For the words, Gingerelli uses much the same format he used for 365 Motorcycles You Must Ride (2011). Each bike gets no more than a couple of hundred words, plus a few key specs and a couple of points of trivial interest, in 365 more toward the amusing, in Harley more toward the serious. Lore here includes mentions of pay and production cuts during the Depression or, in reference to a 1947 police model, that RCA provided radios since 1935. 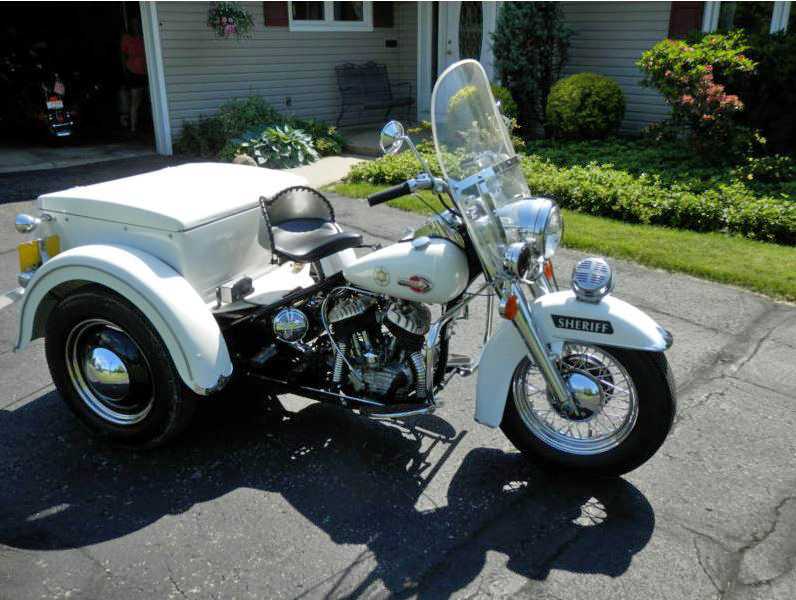 Gingerelli remembers to go for some lesser known as well as a couple of unknown Harleys (at least to me). There’s the three-wheeled Servi-Car, which in its 41 year history, delivered everything from pizza to parking tickets. Between 1960 and 1965, Harley produced a scooter called the Topper – which could go a whopping 60 miles an hour – and which was the biggest surprise for me in the book.

Another surprise was the MX 250. Gingerelli, who is not devoid of a sense of humor himself, begins the minimal write up with “What’s this, a two-stroke motocross bike dressed in Harley-Davidson livery?”, which seems to indicate I might not be alone. I found the pre-World War II bikes the best and most interesting. It was also nice to read about the military motorcycles in the context of Harley’s “civilian” bikes, rather than in the context of other military motorcycles.

As is usual in these sorts of books, the bad stuff is glossed over. Here, however, the good stuff is glossed over as well. Not mentioning that one of the company’s founders was a cross-dressing anti-Semite is one thing; not mentioning the company superlative reputation for making an American motorcycle in America by members of American Labor Unions is another. Buell goes unmentioned as do the dark years preceding the sale to AMF – Harley’s official dark years, which are mentioned, but only in passing.

Darwin Holmstrom was the acquisitions editor for Harley. Holmstrom’s involvement in a project on any level is generally a sign that the result will have a certain level of professionalism – not that Blattel and Gingerelli don’t provide solid levels of professionalism as well. The results however are odd. They unquestionably hit the intended target, but they just as unquestionably miss the bullseye.

Three years seems a bit soon for a revised edition, even if it is deluxe as well. Five would be a minimum. Ten would be a better idea. There is too little detail about each bike to get an idea of what it is or how it came about to understand its design, let alone “art”. Nor is there a sense of the criteria used to select the Harleys presented.

And even more curious is the actual book as a physical object. It is not up to the professional standards of the editor, photographer, and writer. The binding is wobbly. Less careful readers in handing books (as opposed to reading words on a page) might well find the pages falling out. This is the first motorcycle book I’ve ever read that I felt I needed a proper library table so as not to damage the book.

The Art of the Harley-Davidson Motorcycles is clearly best for Harley aficionados, especially completists who want to own every book ever published involving anything about a Harley. Curiously, it might also be a good choice for someone at the other end of the range: a person who is interested and would like to know more about just the bikes themselves. The sampling could be a very good introduction. Anyone between those extremes might be left unsatisfied.