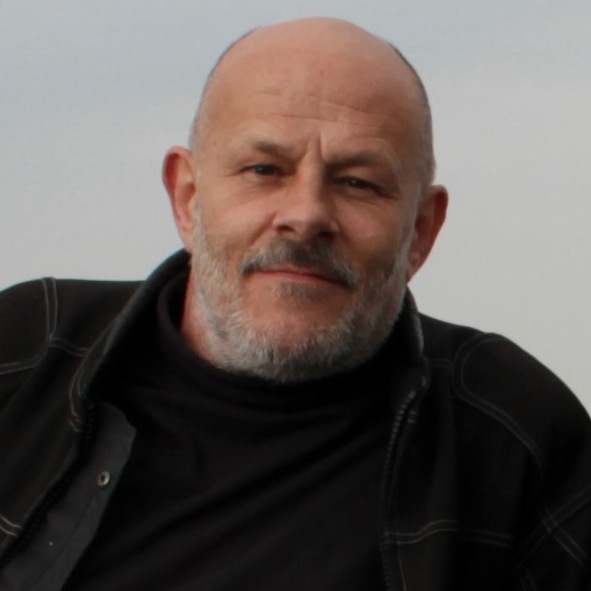 Whenever I was writing my editorial for the printed version of The Rider’s Digest, there was always the thought at the back of my mind that quite a few people would be poised above porcelain while they were reading it. This knowledge rarely affected the content but I was always relieved that its pages were much too shiny to make it onto Jumperboy’s list of alternative uses as an arse-wipe (see In the Saddle) – which is pretty ironic when you consider that the far more absorbent rags like the Sun, the Mail and the Express are all about spreading shit!

Another consideration suggested by a lifetime of in-depth people watching, was that there’d be another whole load of readers who would start at the back and flick through, only arriving at my two bob’s worth after they’d explored everything else the issue had to offer (my studies have never actually extended to observing people while they are sitting on the toilet so I’m not suggesting my assumptions are backed up by double-blind empirical evidence or anything like that, but it would seem reasonable to suppose that at least some of the bog browsers also did things back to front – so to speak) but it’s difficult to imagine that are many people who maintain that habit in the digital age. Then again, who knows?

Anyway, I realise that just because I’m at the front of the magazine it doesn’t mean that everyone has to read me first, or at all for that matter (especially given how long it takes me to get to the point sometimes) but if you are seeing this ahead of the rest of the issue, I feel that I should warn you that this month’s ‘Ask a Policeman’ contains graphic material that, as responsible broadcasters put it, some readers may find distressing (and to be perfectly honest, I would be seriously worried about anyone who doesn’t).

However, I’m not talking about photographs here; this isn’t a follow up to my comments in this slot a couple of issues ago, when I responded to the ‘armour Nazis’ posting photos showing motorcyclists with horrific skin damage by saying, “I can’t help thinking how they would feel if they were constantly assaulted by pictures of suitably dressed but stone dead motorcyclists; broken bodies laying in pools of dark fluid with limbs in horrifically unnatural positions, posted by well meaning non-bikers bemoaning the terrible dangers that we all face?” Because frankly that sort of thing is just sick sensationalism of the kind that the tabloids love to serve up, which in itself indicates that it really isn’t the sort of thing that a decent wholesome motorcycle magazine should be publishing.

Also, images like that are far too easy to turn away from, especially when you’re reading a newssheet that’s offering tits as an alternative; whereas the witness statement that the PC has reproduced this month isn’t a dramatic narrative created by a professional journalist to manipulate your emotions, it’s a simple personal account written by someone whose sedate drive across rural Yorkshire on a fine spring afternoon, suddenly ended in horror.

I know from the number of messages I’ve received that quite a few of you will welcome the return of In the Saddle. We are always willing to consider any suggestions from readers and we’re certainly not too proud to reconsider any rash decisions we might have made – especially when it means that we can include the opinions of mature readers like David Erskine and Mike Harrington. Personally I think it’s appalling that the inattention of other road users have placed a massive question mark against Mike’s biking future, but he makes a crucial point about supporting your local Air Ambulance service; it’s an unfortunate fact of life that as a motorist generally and a motorcyclist in particular, any one of us might find ourselves having good reason to bless the generosity of the people who chipped in for the chopper that whisked us away to a specialist A&E.

1 a division or contrast between two things that are or are represented as being opposed or entirely different: a rigid dichotomy between science and mysticism.

I was considering putting a picture of Big Bird in the contents pages with a balloon saying, “The Rider’s Digest is brought to you by the word Dichotomy” because both Paddy last month and Antony (The Blood Runner) in this issue, used the word to kick off their articles. Nothing wrong with that, it’s a perfectly good word and they both used it in the correct context but it set me thinking about a resolution I made when I first started editing the printed magazine back at the beginning of 2006. I decided at that time that while I wasn’t planning to patronise the readership by sticking to the kind of truncated vocabulary favoured by rags like The Scum, I also wasn’t going to publish articles that were dense with words that a reasonable percentage of readers might struggle to understand.

My dad drummed into me as a child that I should always check the dictionary for any word that I didn’t recognise and that is precisely what I have done ever since, with the net result that I come across fewer and fewer of them as the years roll on (having said that there were two words in last month’s book review that I had look up – thank you Jon!). But that was a habit I established in primary school and it hardly seemed fair to impose that kind of discipline on the casual reader, so I adopted a ‘keep it light and clear’ policy. However, I’ve rethought that convention since we became an online read because I figured that everyone has Wikipedia, Google, and a vast array of dictionaries at their disposal so anyone who wants to expand their vocabulary can do so from the comfort of their screen, all while reading first rate articles about real world motorcycling.

Getting back to The Blood Runner, I’d just like to say that reading this month’s contribution about an off-duty dash across London, reminded me what a lovely lyrical turn of phrase the lad has. Before his return in issue 181 it had been over a decade since he’d had any involvement with the Digest; consequently I’d never had the pleasure of publishing his writing until then – welcome back Antony. When he describes the difference between driving across the capital shut away in a car and riding free on a bike he comments, “…Your nose detects the note of a favourite perfume from the woman who crossed at the lights in front of you”, which brought to mind something Dan Walsh – another great motorcycle writer – said a while ago when he remarked that only motorcyclists know how many car drivers smoke weed!

Right pay attention now, this bit is important especially for people who are serious about not splashing their money around unnecessarily (no I’m not going to use any cheap national or regional stereotypes). So far everything we have produced since we went online (twenty issues including this one) has been entirely free, gratis and yours for the sheer love of motorcycling. A few of you have been decent enough to hit the ‘Click to donate’ button and gawd bless you one and all, you have helped to keep us ticking over as well as giving us a nice warm feeling inside.

Our biggest expense has always been the design of the PDF version, which I know from feedback many of you favour and I certainly prefer myself because it’s the closest thing to the printed magazine I used to produce. However, we are well on the way to getting the interactive site working the way that we would like it to now, so the PDF will very shortly be becoming a paid for item. We have yet to decide how much we will charge, or even when we will start charging but if we can get our act together it could be as soon as next month.

So if you’re the kind of person who’s likely to get upset if you end up having to pay for something that you could have picked up as a freebie – if only you’d got your finger out! I suggest that you visit our archive now while you can still download all twenty issues for zero pounds, zero shillings and zero pence!