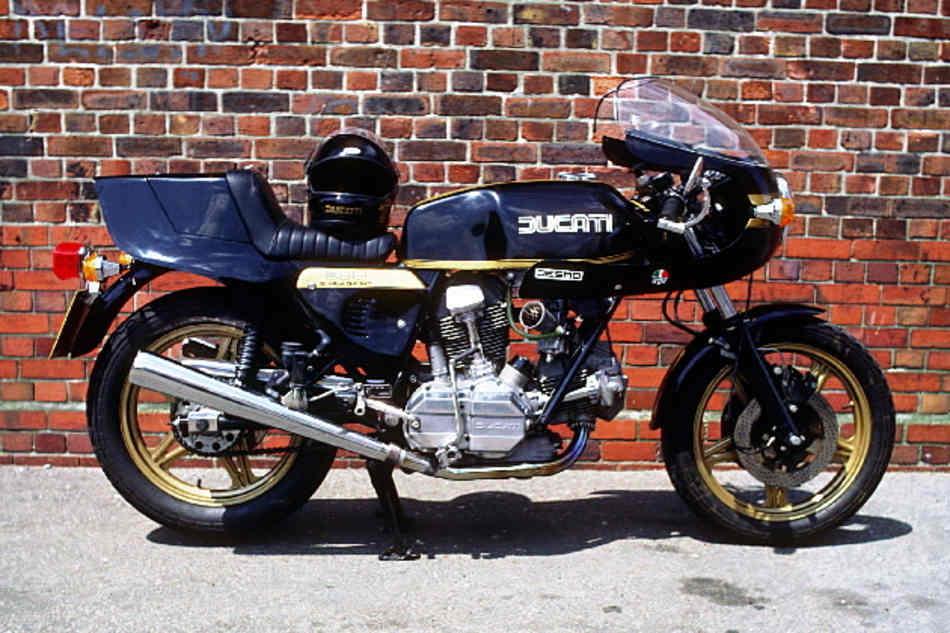 Earlier this month I read “Sons of Thunder”, which is a fine compilation of motorcycle writing assembled by Neil Bradford and showcasing twenty-six top-notch contributors including Roald Dahl, L.J.K. Setright, Lois Pryce, Hunter S.T. and Dan Walsh (to name a few of my personal favourites).

It also features half a dozen pages from Valentino Rossi’s autobiography “What If I Had Never Tried It” (2006), which was fascinating not least because I am almost entirely ignorant about the world of modern Road Racing (actually you could say the same about Enduro, Speedway, MotoX, Supermoto and a whole host of other two-wheeled sports that I don’t even know enough about to list!). Obviously I’ve heard of Rossi, I haven’t been hanging with the Amish for the last decade, but that in itself is significant because I don’t think I’ve registered a world champion since Wayne Gardner – and checking back it turns out that was 1987!

I’ve even seen Rossi racing (on the telly) on two or three occasions and while I might not have been exactly keeping up with GP racing over the last quarter of a century, class is class, and I’ve been around long enough to recognise something extra special when I see it; I lost interest in football at around the same time (mid-thirties with two kids) but that doesn’t prevent me from spotting something exceptional in players like Messi and Gareth Bale if I sit down to watch some highlights with my 17 year old.

Rossi’s short chapter describes his two last gasp passes at Philip Island (which I’m sure most of you know all about), the first against Biaggi to clinch the 2001 World Championship and the second three years later to beat Gibernau and lift his fourth title in a row.

‘The Doctor’ explained how he’d joined Yamaha after his hat trick of wins on the Honda because people were beginning to say that he wasn’t really that good, that the Repsol bike was unbeatable. His piece finishes describing his reaction after winning the South African GP, the first race of the 2004 season and his first on the Yamaha, and gives the reader an insight into what was going on behind his dark visor when he sat on the track alongside his bike at the end of the race, wrapping his arms around his legs and burying his face in his knees. Some thought he was crying, others that he was praying, but the Italian informs the reader that he was actually laughing heartily because he knew that he’d proved his point. He says, “’And so in the end I was right!’ I thought to myself. ‘I can’t believe it, I screwed them all… what a show!’”

It’s funny how different folk respond to that sort of statement though don’t you think? There are loads of people who abhor what they consider to be boastful hubris and dismiss it as exactly the sort of thing you expect from damn foreigners who always seem to be blowing their own trumpets without any good reason. The way I see it nobody gets to be the best in the world at anything without a massive dose of self-belief.

I remember seeing Pete Sampras win one of his Wimbledon titles (on telly again of course) when he had been utterly deadly. I don’t recall who his opponent was, it might well have been the world’s number two seed for all I know but it’s immaterial because as Sampras said in the post game interview, “Nobody could have lived with me the way I was playing today!” Which I heard as a simple statement of fact that perfectly summed up the performance that I’d just witnessed, whereas the person I’d been watching it alongside was appalled at such arrogance. I suppose it’s all a matter of taste, but I prefer to keep it real and for me false modesty always come across as just that, it’s just so obviously disingenuous; if you’ve just played an absolute blinder, or won the race of your life, why the hell shouldn’t you stand on the podium and shout, “I am The Greatest!” at the top of your voice?

If you’re too young to have been around and aware when Muhammad Ali did just that, you can only begin to imagine how upset ordinary god-fearing white folk were to hear an uppitty ‘coloured’ make such an outrageous claim! Especially when you consider that they were days when they were being considerably less than civil about the rights of black people in the part of the U S of A that Ali grew up in. The worst bit, the bit that really stuck in the craw of good ol’ boys in the white pointy hats and sheets was that it was undeniably true!

(In 1967 Ali’s record since turning professional was 29 wins without a loss and there really was no-one who could touch him in the ring, so they stripped him of his World Heavyweight title in 1967 after he declined Uncle Sam’s offer to conscript him into the military and send him to Vietnam, saying, “I ain’t got no quarrel with the Vietcong… No Vietcong ever called me nigger.”)

Why all the talk about cocksure champs this month? Basically I’d been thinking about the claim on our web site that we have “The Best Motorcycle Writing Anywhere On The Internet.” As you might have noticed, the Internet’s quite a big place so that’s no idle claim. It certainly doesn’t contain any of the reserve and polite prevarication you’d expect from a British publication, nor the kind of clever marketing Carlsberg employed by bunging in that ‘probably’ (can you imagine the mailbag the Advertising Standards peeps would have received if they had finished their adverts with, “The Best Lager in the World”?)

I realised that by standing on top of the internet (obviously not in the Google sense of the word) and not so much shouting, as quietly – but unequivocally – stating that we are The Best, I’m inviting the world and his mate to declare “Oh no you’re not, you’re shit and you know it!” But that’s fine, I can live with the barracking from the cheap seats and if any sensible critics can point to another Internet outlet with anything approaching the kind of quality and diversity we feature each month, that’s absolutely fine and groovy by me too because there are few sedentary experiences I love quite as much as reading an entertaining, and thoroughly engrossing piece of writing, so if there really is a better one-stop motorcycle word shop out there, I’d be more than happy to know of it.

But I honestly believe we are justified in our claim because The Rider’s Digest is and always has been, first and foremost about the words. Sure we use plenty of pictures but they are just eye candy to break up the words (admittedly photos like the ones by Gary Margerum and Sam Christmas this month are particularly exquisite eye candy). However, while a picture might well paint a thousand words, how long can it hope to engage and entertain anyone for? When a good writer carefully picks two or three thousand words and strings them together pleasingly to paint a picture (or in the case of our columnists, 650 – 700 words to draw a sketch) the resultant article can contain a subtlety and nuance that few people can achieve with a camera (Sam C’s picture on page 182 is a rare exception) and consequently they can absorb the reader in that wonderful manner where time and troubles cease to exist for a while – and surely that is the whole point of recreational reading.

I would suggest that you read the rest of the magazine before you think about telling me that I’m wrong and if by the time you get to the Touratech ad on the back you find that you agree, why don’t you hit the like button and let the rest of the world know where we are.