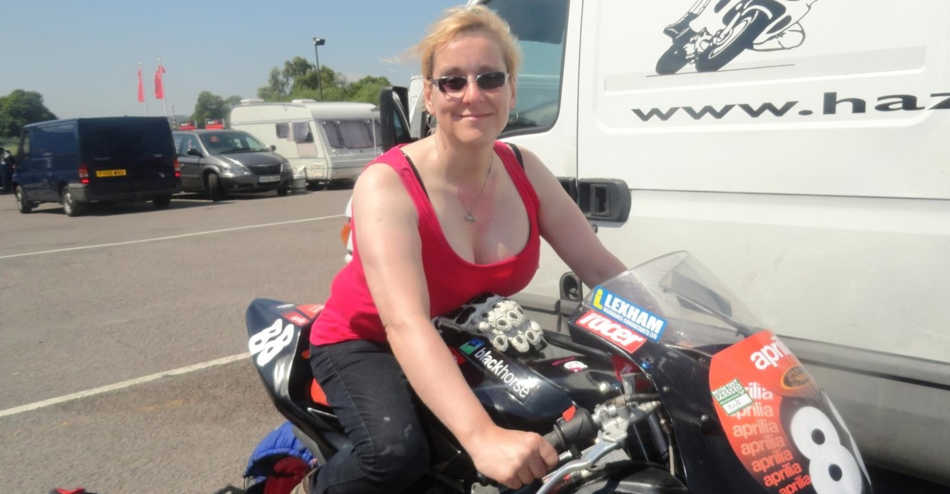 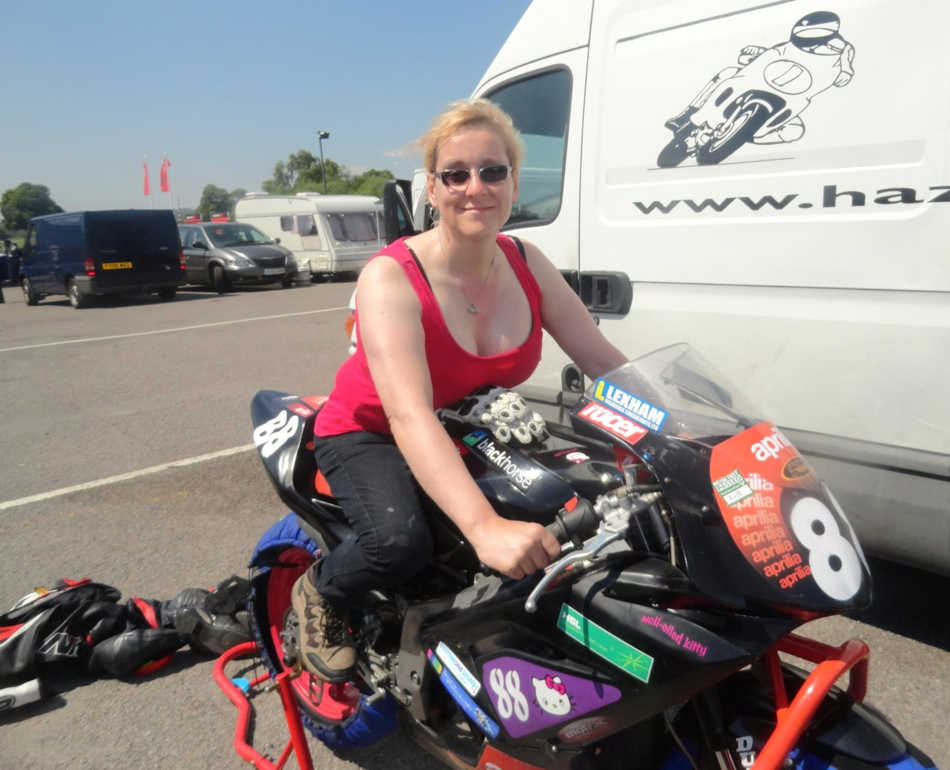 As a teenager of 14 when my older brother bought an AR50. I thought it was so cool but my parents thought otherwise. I was banned from ownership, and needless to say, bought my first bike (Yammy RXS100) when I left home and went to medical school.

My roadbike is a purple Ducati Monster S2R800. I have spent as much on suspension, brakes and engine mapping as I paid for the bike but it is now sweet and bespoke to my needs. It’s all the power I need on the roads.

My trackbike is my trusty GSXR1000 K6 (named “Eleanor” by its former owner Bob Collins who won the British Superstock Cup on her in 2006). She later helped us win the Hottrax 6 hour Senior 1000cc Endurance championship in 2009. A very special bike that does everything I need.

Any well sorted top of the range Ducati sportsbike for the track, but it would have to come with a team of mechanics and full factory support!! For the road, I already have my ideal bike.

The most telling was my first ever time on Eleanor. I had just raced my final Steel Framed 600 race at Oulton Park the week before, wringing the neck out of it everywhere. Doing the same on a 1000cc bike with 20 years of development was not a good idea on my first track outing. I was pulling wheelies everywhere doing this, so, in order to maximise the benefit, decided to haul a big one coming out of Hilltop, all the way down to Hizzy’s chicane. I quickly went past the point of no return and was a little surprised to find myself upside-down, without having time to dab the rear brake. Bike flew away from me and I slid on my back at around 120mph. Looked up and new bike was in flames.

Finishing the final round of the Endurance Championship in 2009 at Silverstone having won that particular round and the championship with my team mates Steve Griffiths and Mike Naylor. Particularly poignant as I’d decided this would be my last ever race following the death of a friend, Richard Slater, at the previous round. A very emotional finish. I couldn’t stop crying from such a mix of elation, sadness and exhaustion.

It was a long race, so something along the lines of “Can’t Slow Down” by Joe Satirani and, cheesily enough, “We Are The Champions” by Queen.

By far and away the best thing about motorcycling is the people you meet and the friends I have made. I know of no other community who will go out of their way so much to help each other. I make friends all the time through bikes still.

The friends I have lost to the sport, on the road and on the track. Even more worrying now that my daughter has followed in my footsteps it seems.

The way the price of petrol is going, I can’t see the sport going on forever. However those new-fangled electric bikes are looking good, particular that new one based on a Honda RS125. Yum.

That racing doctor biker bird would sum it up nicely I suppose.