There’s that scene in National Lampoon’s Animal House (1978) where ‘D-Day’ rides through the front door of the frat house, straight up the stairs, parks it and plays William Tell on his throat(!) in front of an audience of bemused freshers. As a cinematic bike moment of sheer anarchy, it has yet to be topped. Here’s the thing though: he was on the wrong bike. As a statement, it was much more of a streetfighter thing. 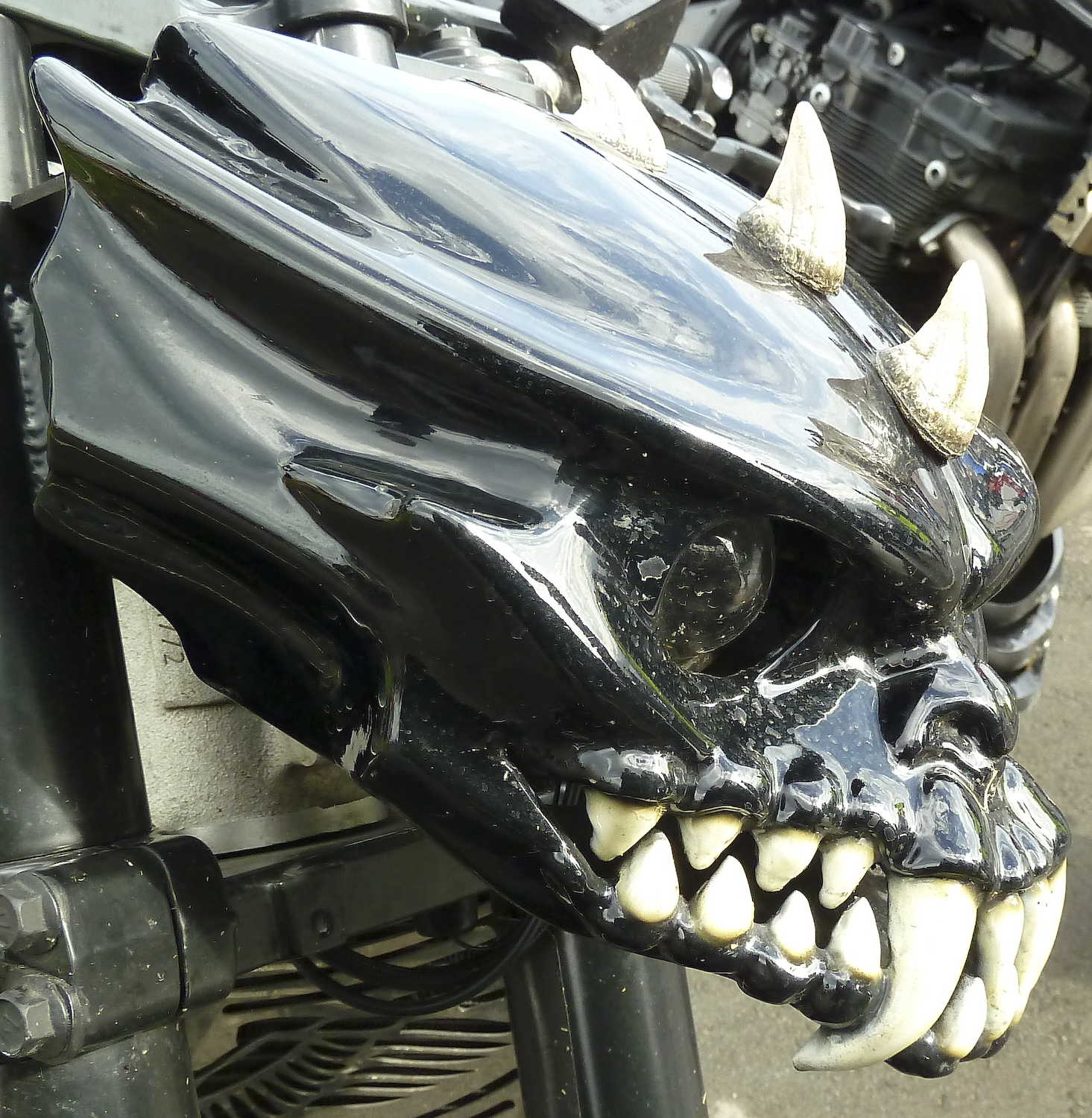 History lesson: streetfighter culture emerged from skint youths owning sportsbikes without fairings that had been removed for some fiscally-negative reason, usually crash damage. The philosophy became punkish hooliganism, morphing later into up-yours power outputs with unfavourable geometry; third-gear mingers past a police station and burnouts at traffic lights; skin’eads, combats; wearing red to a funeral and black to a wedding. God Save The Queen and the Fascist Regime. Hey, wanna get pissed and ride up the stairs? 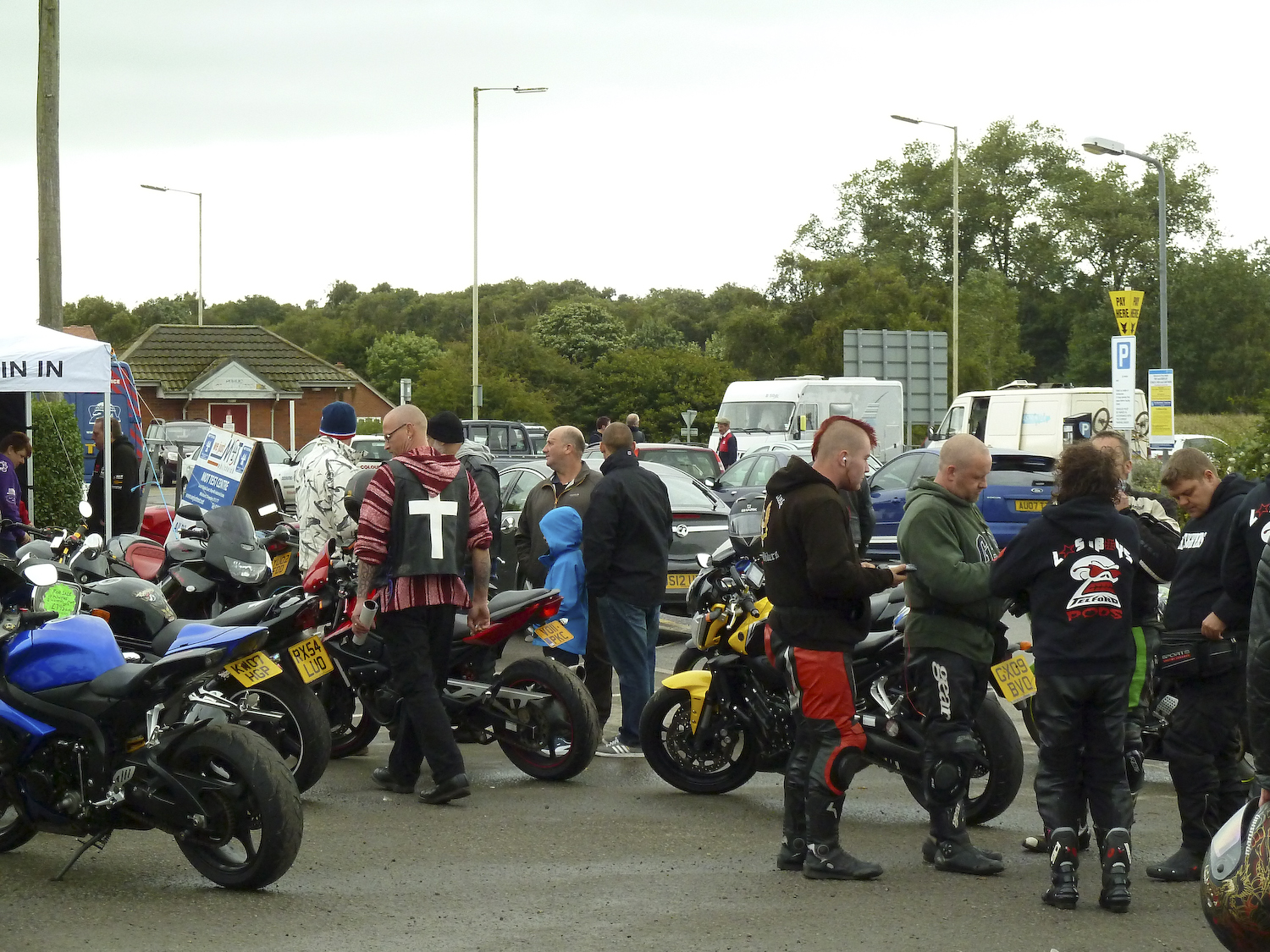 Fast-forward to the present, and the movement appears to be having a bit of an identity crisis. Everyone knows what a chopper or a bobber or a bagger is, because of the presence of certain mandatory core style elements that veer dangerously towards stereotype. If you follow that rule, then it’s easy to think that just as every chopper seems to be a Harley, a streetfighter is always a Bandit 12 with Renthal bars. I’m just as bloody bad: I’ve caught myself referring to my Hornet as ‘streetfightered’ because it has Renthals on it. The term has even been hijacked and turned into a brand by the corporates, with off-the-shelf turnkey-solution production-line McStreetfighters aimed at chequebook bikers. Don’t they realise it’s supposed to be about personalisation? 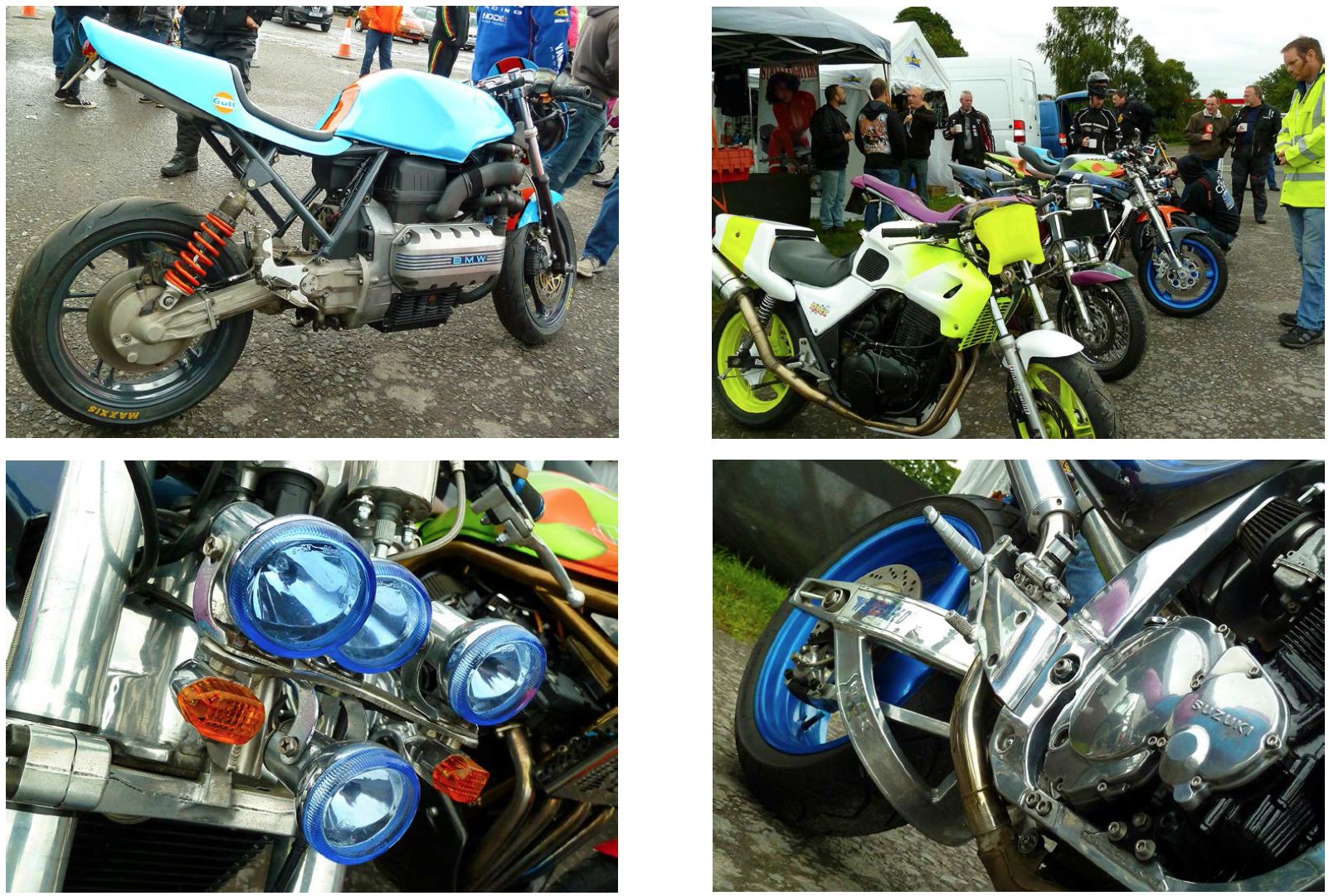 Meanwhile, one of my favourite biker caffs, Lynn’s Raven Cafe near Whitchurch in Shropshire, hosted its annual “Streetfighter Sunday” last month. I headed over there to find out the movement’s true state of affairs, even though the weather was forecast to be incredibly crap due to the influence of Ex-Tropical Storm Gabrielle passing the Hebrides. This mission was far too important to worry about the weather. 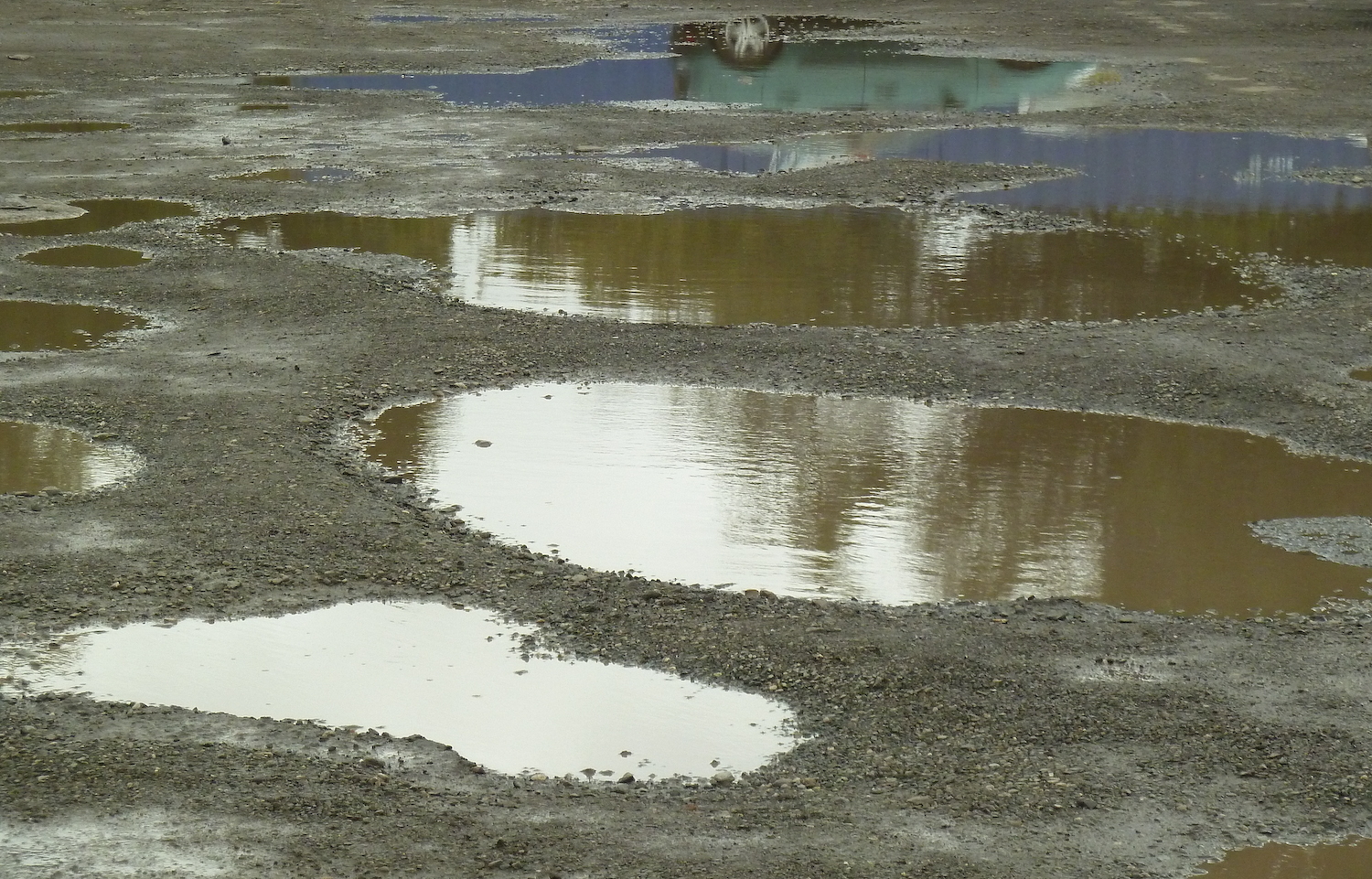 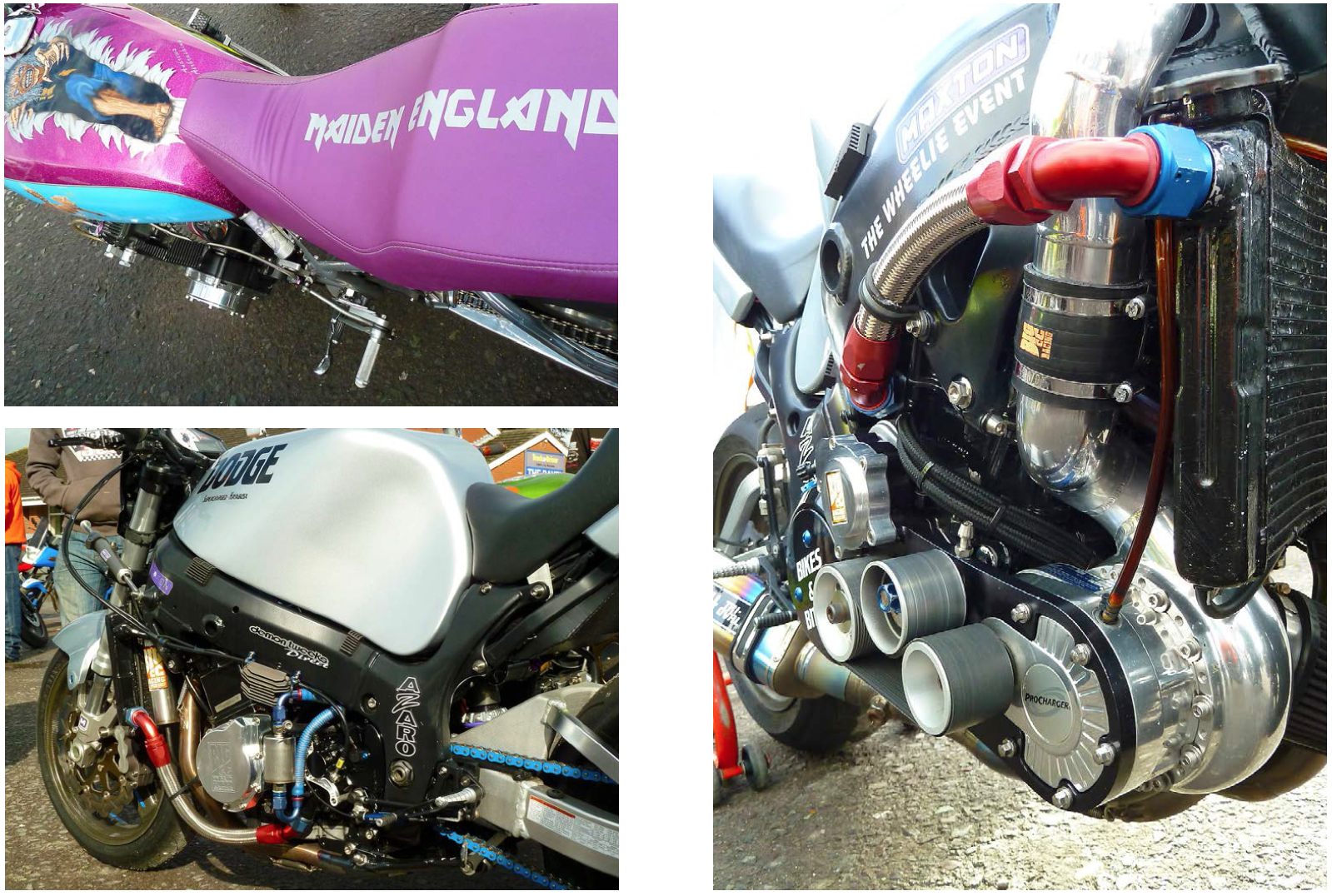 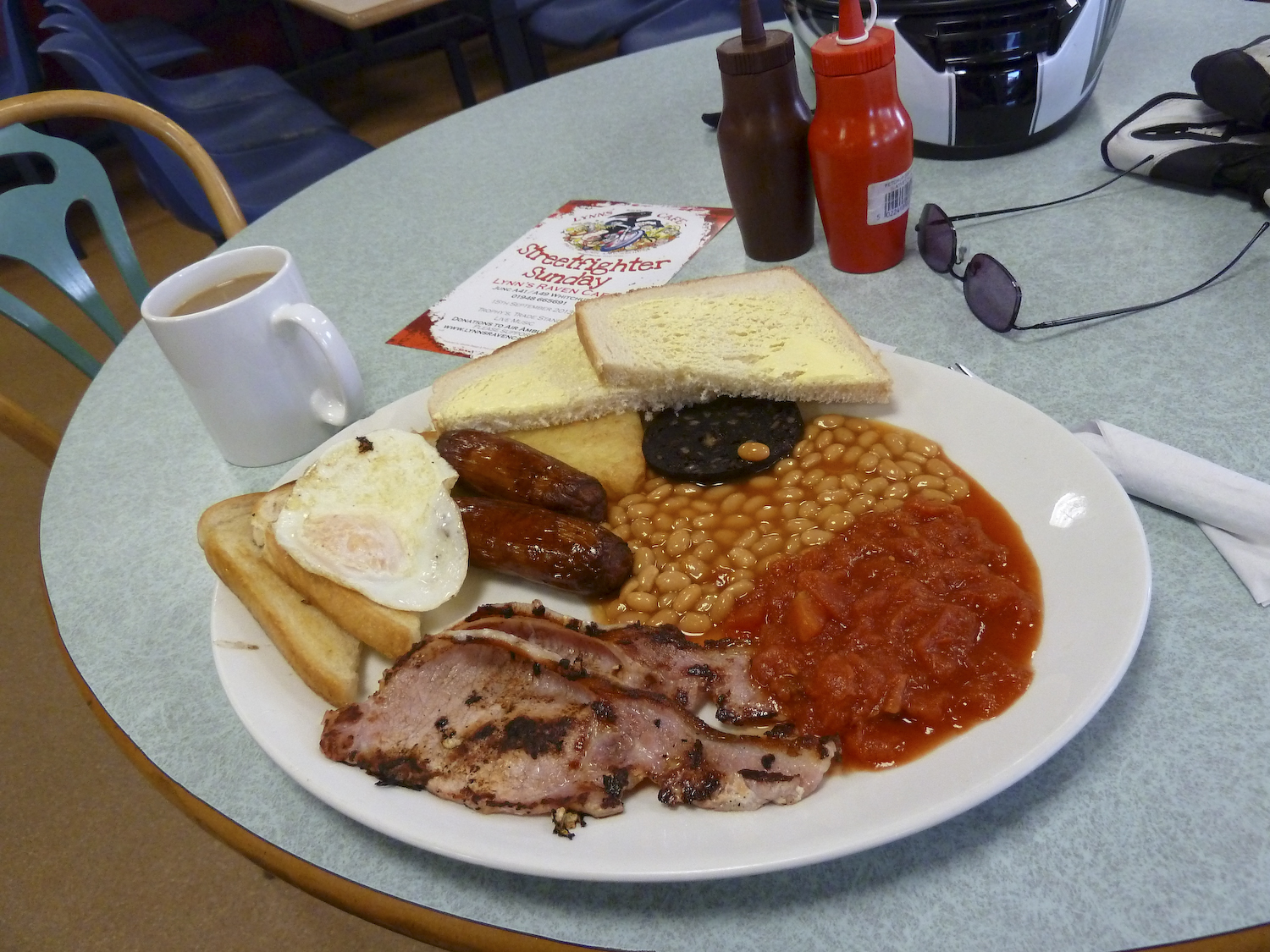 First order of business is always survival, so I started with the most righteous fry-up, then I checked-out the bikes. I found true engineering creativity, with mechanical gene-splices that Frankenstein would approve of. Noteworthy: an unbelievable supercharged Hayabusa; a stripped-down Gulfed-up water-cooled ‘n shafted Beemer; Bandits with that German influence where the tailpiece points at the sky. An incredible Spondon Yamaha with the obligatory stubby. All of them a giant finger to the EU and their fascist anti-modification proposal. 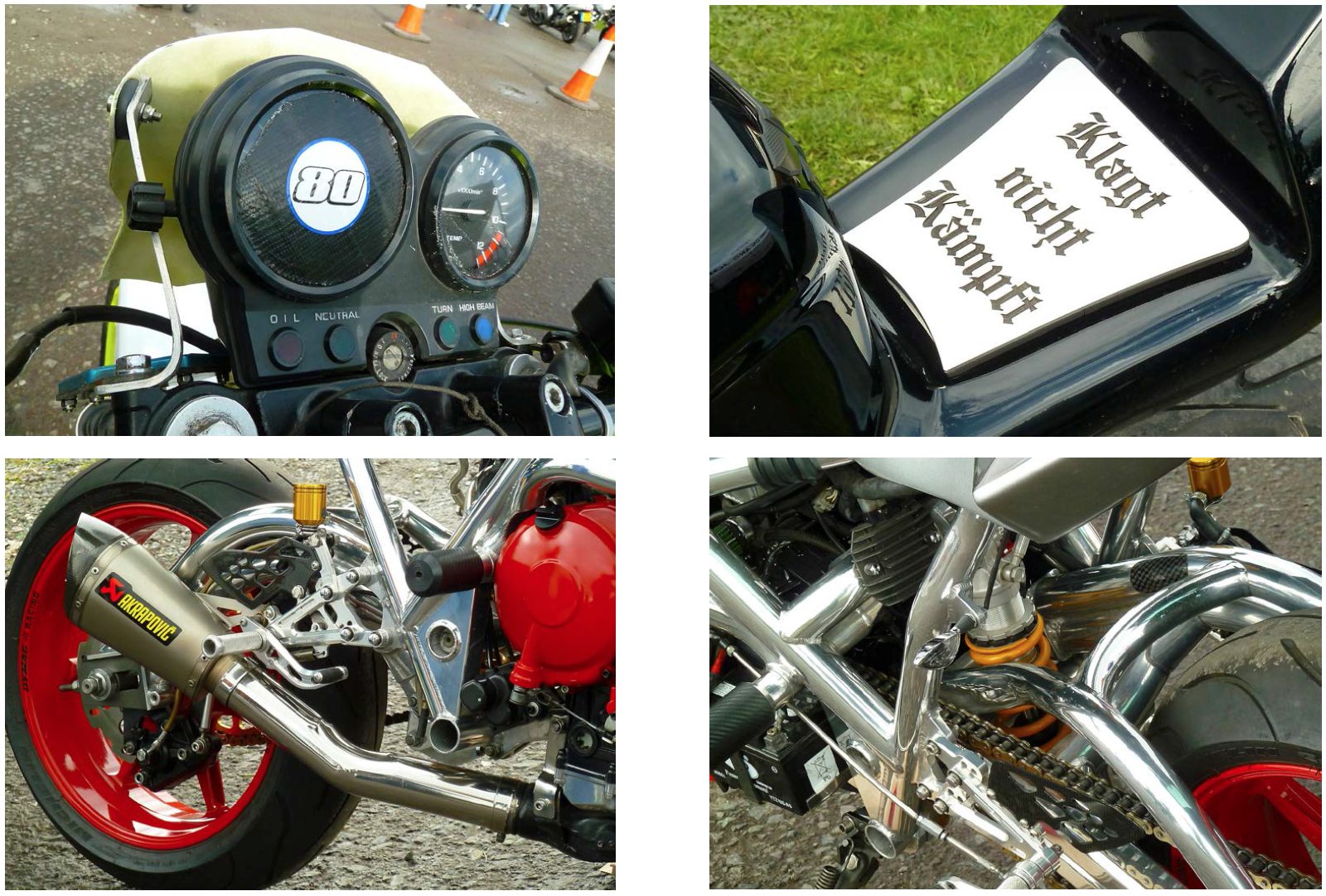 For all that though, there was only one original, ideologically-pure ‘fighter there. A Gixxer with straight bars, no fairing and no bling. Nobody seemed to notice it – an indicator of how the movement has moved on. 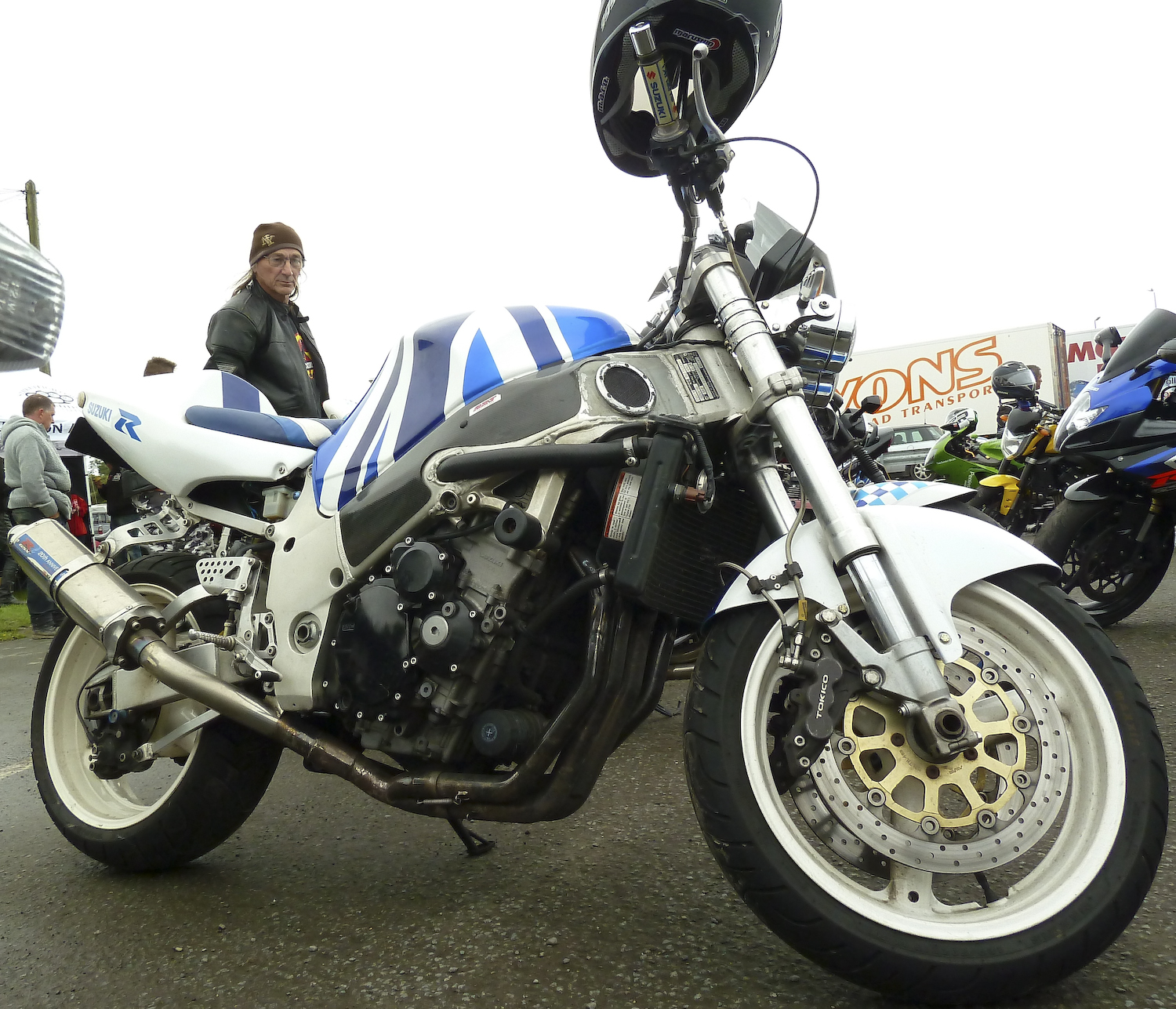 As to what I came here for, I found the answer: ultimately, a ‘fighter is whatever the hell you want it to be, as long as it has a large amount of power and no bodywork and lots of sexy billet stuff. That a lot of them are Bandit 12s is just because Bandit 12s are readily available and easy to modify. You’ll know a true streetfighter when you see one, and you should respect the engineering achievement when you do (although those transparent clutch covers are like walking around with your intestines hanging out). I found that the movement is actually doing fine – just discount all that corporate interference that’s attempting to taint it. 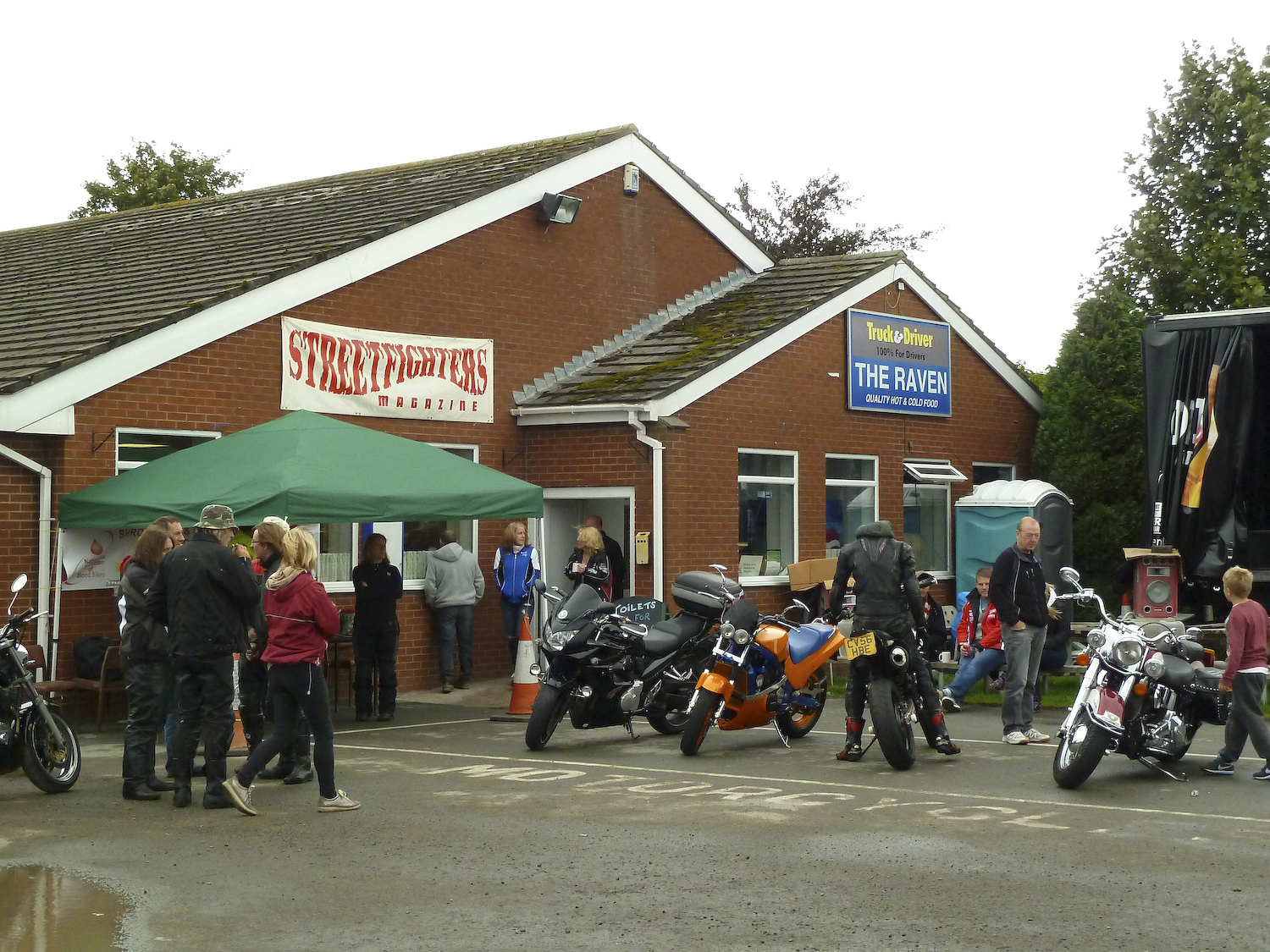 Now excuse me while I go and strap a turbo on my Hornet and stick a safety pin through my nose. 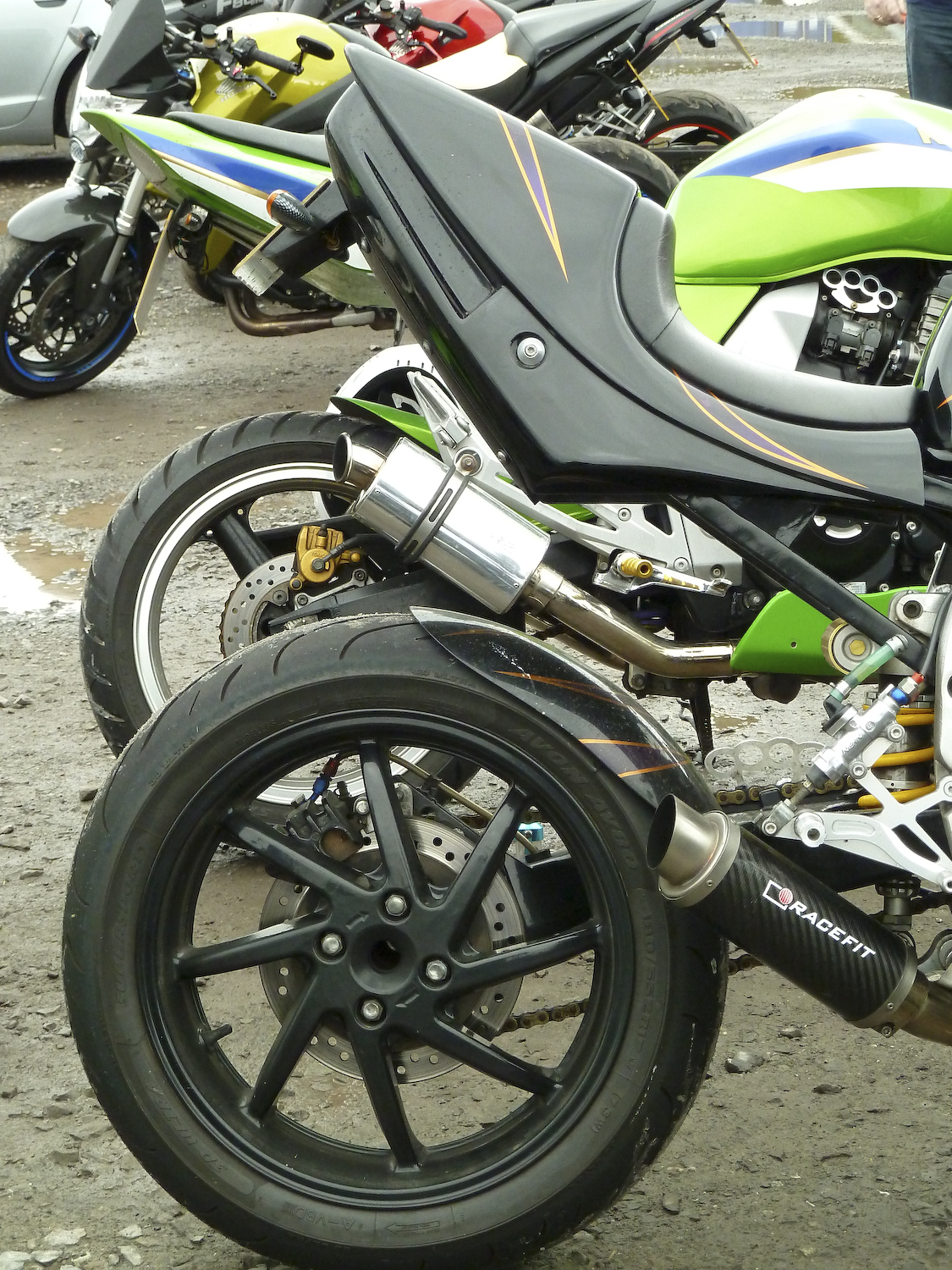 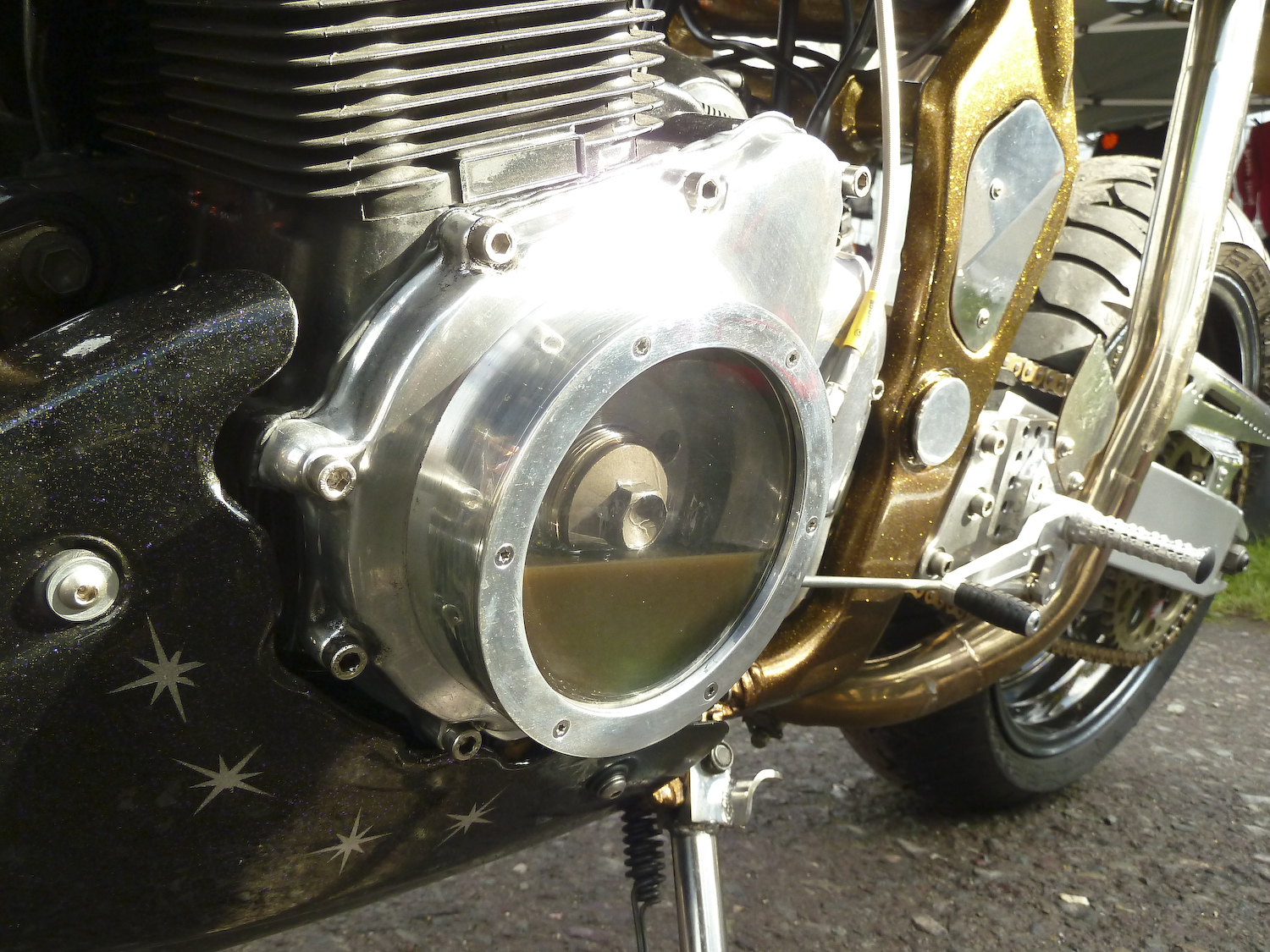 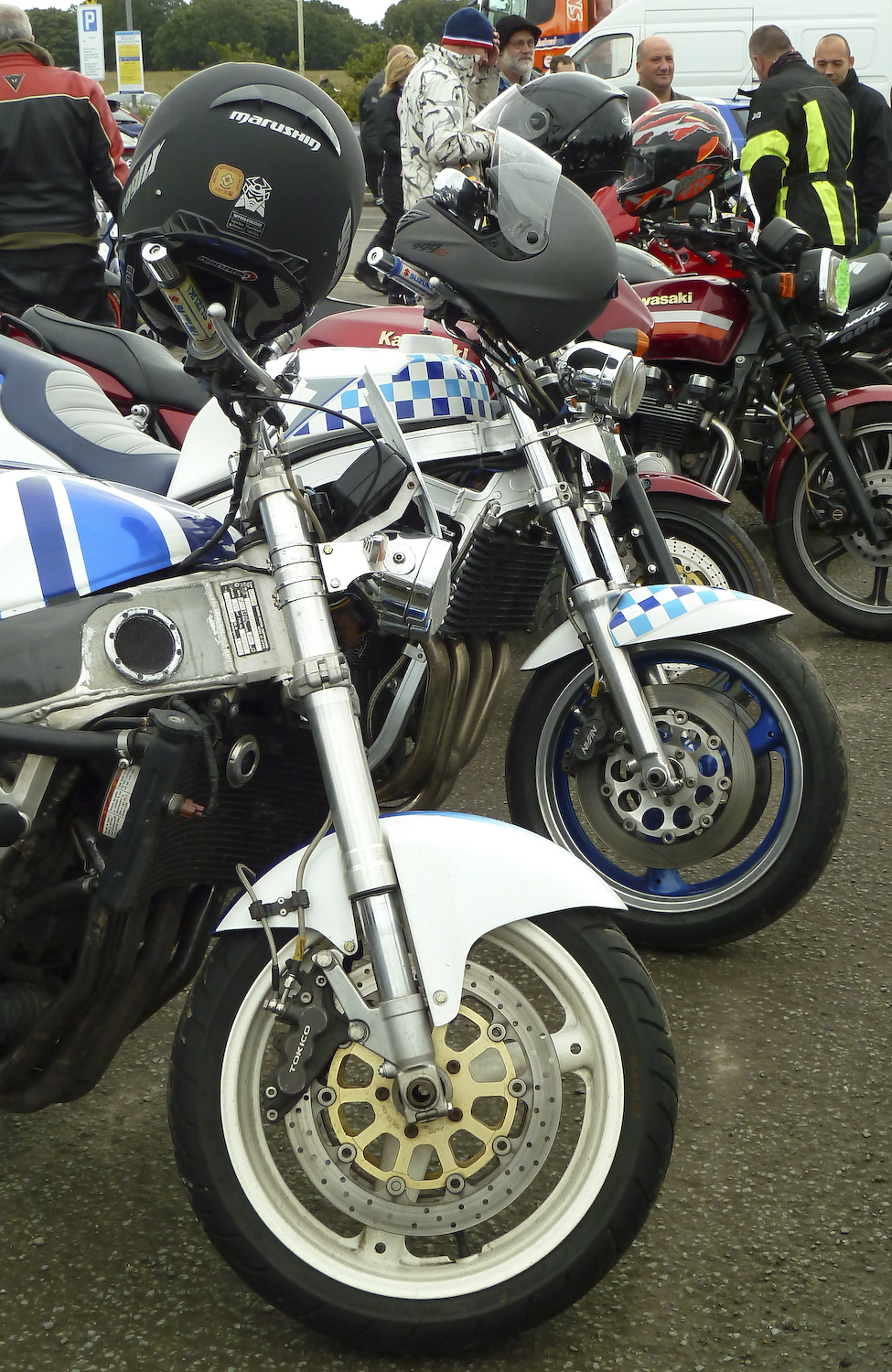 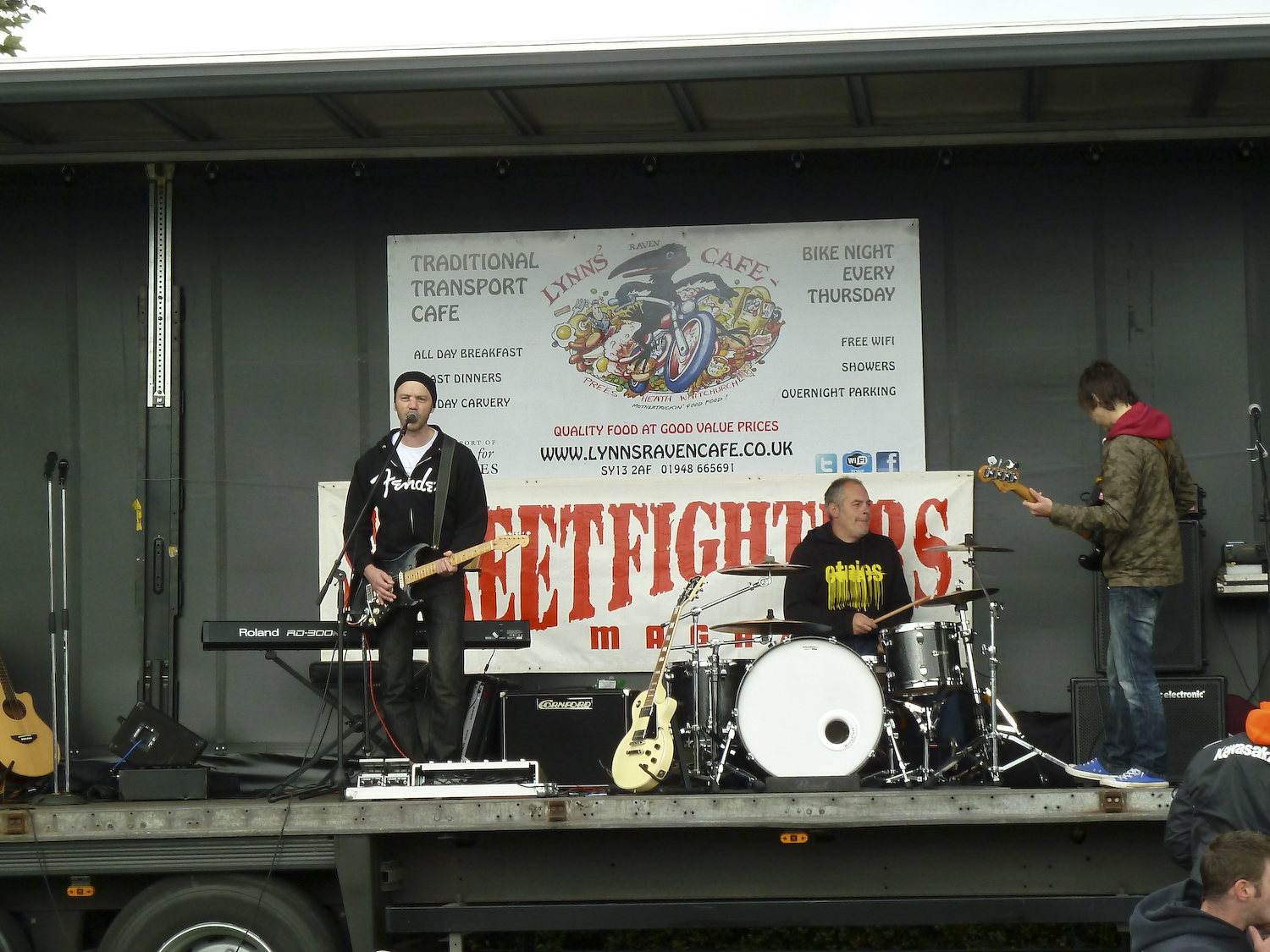