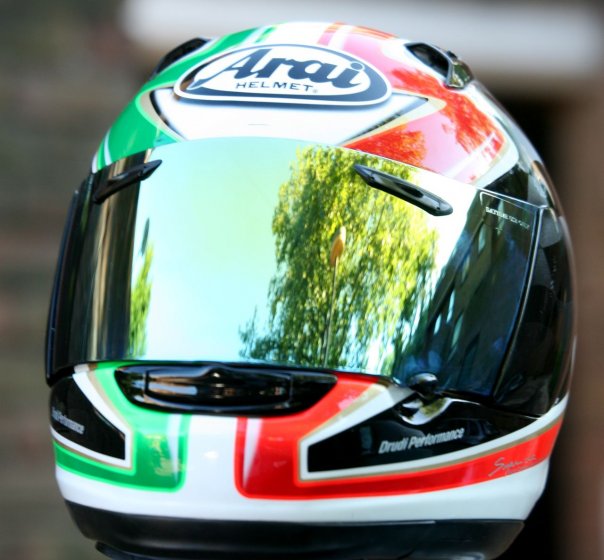 I found it fascinating reading Stuart’s interview with his friend Andy whose riding career started in the nineteen seventies (Time Travel p.130), not least because while mine began at around the same time, our experiences could hardly have been much further apart.

One of the things that we did share however was that distinct feeling that we were part of a community and this perception was never more apparent than when you came across another rider in distress.

In my first contribution to The Rider’s Digest, way back at the turn of the century, I was reflecting on those bygone days when I said:

“…The one constant that’s made me happy – and proud – to be a biker, is the feeling of comradeship.

“I’m sure a lot of people reading this are about to skip to the next article (or advert even), convinced I’m simply a fogey on a nostalgia trip. That I need to get real. There may or may not have been some sort of brotherhood way back in some imagined golden age, but this is Y2K. We’ve had the Gimme Eighties and the Nasty Nineties and nobody really gives a toss anymore. Given the amount of peace, love and harmony around in Year Zero, it might just as well be the Khmer Rouge running things!

“But so what if the world is an infinitely more wicked and less caring place, it’s all relative. As a biker you are still more likely to be on the receiving end of a random act of friendliness, kindness or support from a brother or sister of the road, than any car driver, pedestrian, or traveller on public transport. If you’ve broken down or need a little help and other motorcyclists are aware of the situation, you will still find people stopping to offer assistance. And in moments of real despair there’s no greater sight than a friendly biker pulling up to check if they can help.

“The most lonesome I’ve ever felt was in the middle of the day, sitting in a gutter alongside my crumpled bike in the Royal docks. In 1976 the area was a wasteland and I squatted there in a short sleeved t-shirt, oozing claret from a large hole in my left elbow for over fifteen minutes. One or two cars a minute slowed down to manouver around the bike and have a quick shufty, but not a single one stopped. Just as I was begining to slide into despondency I heard the rasp of a two stroke coming fast, the first bike since I dumped it. My initial instinct was to warn the rider of the diesel slick I’d discovered, but he saw me as he came round the first bend and braked immediately. He jumped off his RD200, picked up my bike and put it on the pavement before turning to me and saying, “Fuck me, that’s gotta smart!” He bunged me on the back of his bike and dropped me down the road at the ‘Seaman’s Hospital’, before zipping off saying, “Gotta rush, I was already late back from lunch… Good luck!” And he was gone in a puff of blue smoke.”

Around 700 words later I wound the article up saying:

“Empathy may not be a word that’s overused in the rufty tufty world of motorcycles, but if you’ve been riding a bike for any period of time you can’t help knowing how that other person feels and what you gonna do, drive past? Or am I just an anachronistic idealist? Is it really just a few aging riders who still believe in a, ‘Do unto others as you would have done unto you’ school of biking? If you’ve never thought to do it before, next time you see a rider with a problem, check it out, you never know what simple thing could make all the difference. It feels brilliant to be rescued, but not half as good as the glow you get when you ride away knowing that just for a moment there, you were the milkman of human kindness.”

As I say that was written almost fourteen years ago – which I realise is a long riding career for quite a few of you – and the nature of biking has changed considerably in that time.

In January 2000 most of the people on bikes on the UK’s roads fell into two main categories; those who rode because it was the quickest most practical/economical way of getting from A to B – as exemplified by commuters and couriers – and the others, the ‘real bikers’ who live and breath motorcycles and couldn’t begin imagine life without them. Obviously there was plenty of crossover between the two groups, there are still couriers today who can’t believe they’re lucky enough to ride a motorcycle for a living and I know loads of people for whom the commute to and from work are the highpoints of their day.

There were leisure riders even then; people who only rolled their machines out at the weekend or for holidays but many of them were ‘real bikers’ at heart who would have loved nothing more than to throw their leg over their bike on a daily basis but were unable to do so due to having to drop the kids to school, because they had a job that required them to turn up impeccably dressed and perfectly coiffed, or for any of a thousand reasons that forced them into a car or onto a train.

Today however, recreational riding has become a major factor and there are many more riders who would catalogue motorcycling as an ‘interest’, alongside scuba diving, golf, skiing and wine tasting, rather than their raison d’être. So how does this affect that community feeling and the empathy factor?

It’s reasonable to assume that the sense of community has become diluted by the addition of so many less committed riders but surely it must still exist because enjoying a feeling of belonging is basic human nature and consequently, aside from the sheer thrill of riding, is regularly cited as one of the most attractive aspects of biking. As for empathy, all I can say is anyone who rides and can’t put themself in another motorcyclist’s position, must be lacking in imagination.

There were a couple of things this month that set me musing about motorcyclists and community. The Rider’s Digest is built on the aforementioned ‘do unto others…’ principle, which basically means we won’t do anything to you the reader that we wouldn’t want done to us. So there are no pop-ups or flashing adverts, no simplistic quizzes asking ‘How many wheels are there on a bike?’ that are solely designed to collect your personal details (which the very small print will inform you will be sold on to marketing firms), no advertorials dressed up as features, no tricks and no cons.

So when we received an offer from a media company, whereby they offered to write articles similar to our own content, complete with ‘imbedded’ adverts for which they would give us $170, we responded very politely, explaining our position regarding advertising (as outlined above) and suggested that their clients might like to take out regular ads and therefore benefit from associating themselves with that kind of integrity, rather than assuming that our readers are stupid enough to not know when they’re being scammed.

They wrote back upping their offer by twenty bucks! I have it on good authority that they would have gone all the way to $250 if our second reply hadn’t been a lot more forthright and spelled out exactly what they could do with their filthy lucre.

Then, one of our Californian friends drew our attention to a complaint by local San Franciscan motorcycle rental company Dubbelju who had noticed that their phones weren’t ringing the way they usually do in the peak season and that their reservations were measurably down, only to be asked by one of their customers if they had been bought out by their competitors? It turned out that big time rental firm Eaglerider – with 80 branches worldwide – had been employing very dubious Google advertsing whereby if a punter put ‘Dubbelju’ into a search, the first thing that came up was an advertisement that said ‘Dubbelju’ but then had Eaglerider’s address and phone number, and a link that went directly to their reservations.

I phoned Shaun in Eaglerider’s media dept in the US but I got his voicemail so I left a message and followed it up with an email asking the same question, “Given the communal nature of motorcycling, I would have thought that kind of deceptive advertising would be counter-productive so I am interested to hear your company’s perspective?”

Unfortunately, at the time of writing – a week later – I haven’t heard a dickybird back from them so I guess you’ll have to decide yourself whether or not they’re the sort of people you’d want to do business with?